The Greatest Ever Hondas 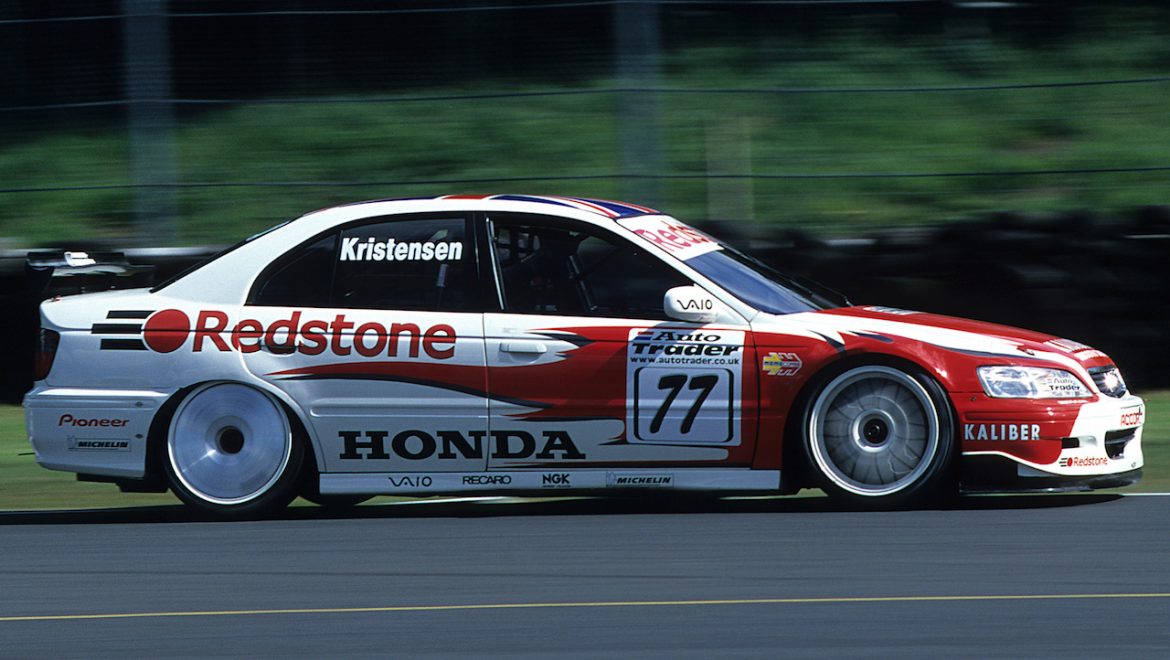 Honda is unique among mainstream Japanese car makers in having been founded by a single individual, Soichiro Honda. Why does this matter? Because, and I’m paraphrasing Jeremy Clarkson here, car firms started by committed, passionate individuals tend to be imbued with far more passion and soul than those formed through by conglomerates or financial buy-outs. Hyundai now makes some very decent cars indeed, but do any of them possess that same passion, that hard to define human element, that the Honda S2000 or the CRX has in spades? Hardly.

One final, unconfirmed story about Mr Honda that’s too good not to mention: legend has it that when he saw his first car puttering by as a young boy, he ran into the road and began enthusiastically inhaling the fumes it left in its wake! He was a petrolhead, pure and simple

Its humble origins have always set Honda apart from the likes of Toyota, Subaru and Nissan, and it’s been a driving force behind some of its most remarkable models. We sent Jarkle off to compile yet another list, though don’t hesitate to tell let him know if he’s missed any Honda gems out! 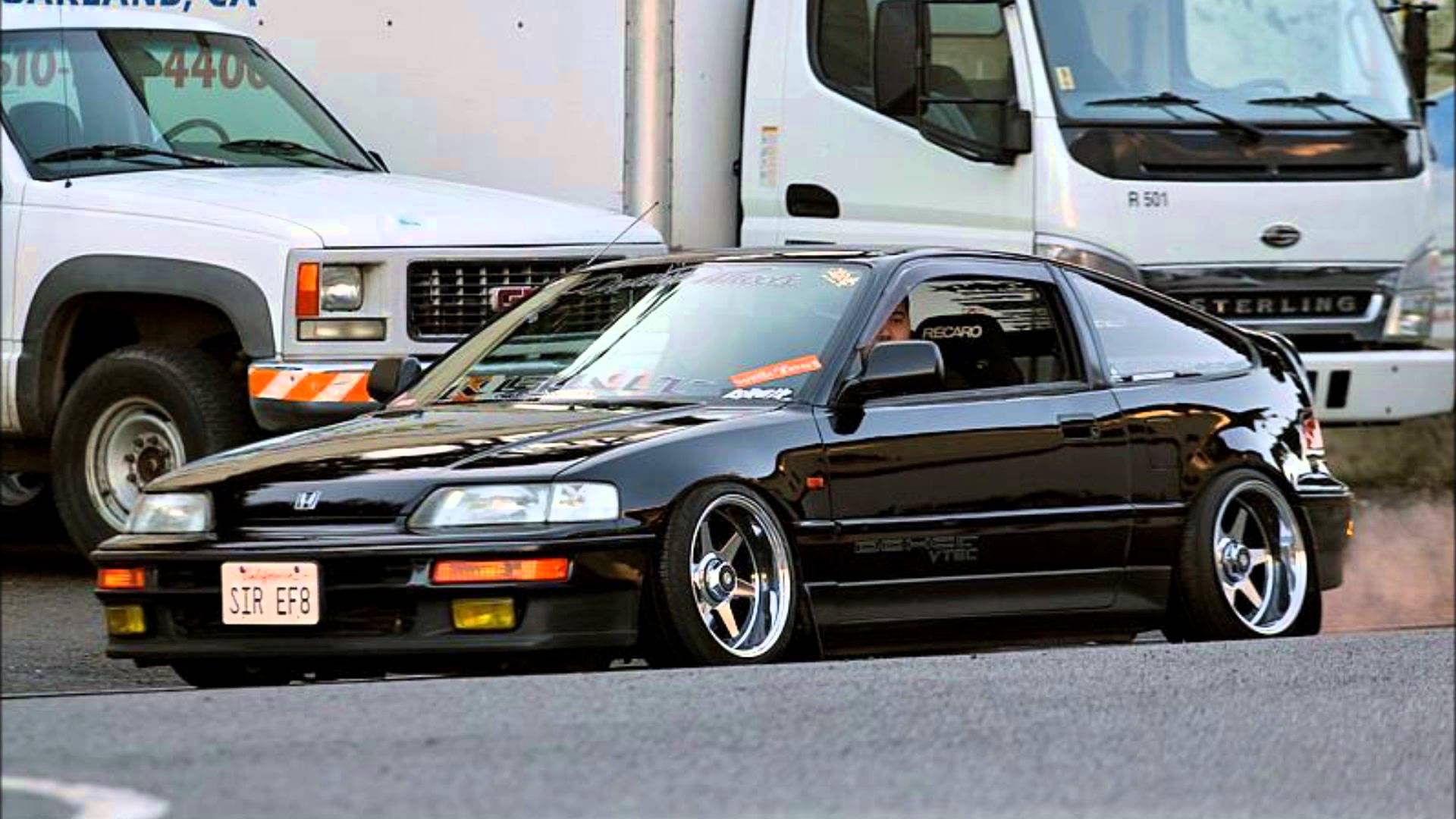 It might’ve been based on the Civic’s humble underpinnings but the Honda CRX was fantastic, a true case of a car being greater than the sum of its component parts would suggest. You could have your front-wheel drive Japanese sports coupe in either 1.5 or 1.6 flavour, the later a technically polished DOHC 16v that kicked out a sprightly 135bhp, a decidedly respectable figure in the late ’80s. This was paired with a chuckable chassis that could be further tweaked via the aftermarket if the owner saw fit, and cheeky styling that steadfastly refuses to date. Is it any wonder that good CRXs now command impressive sums? 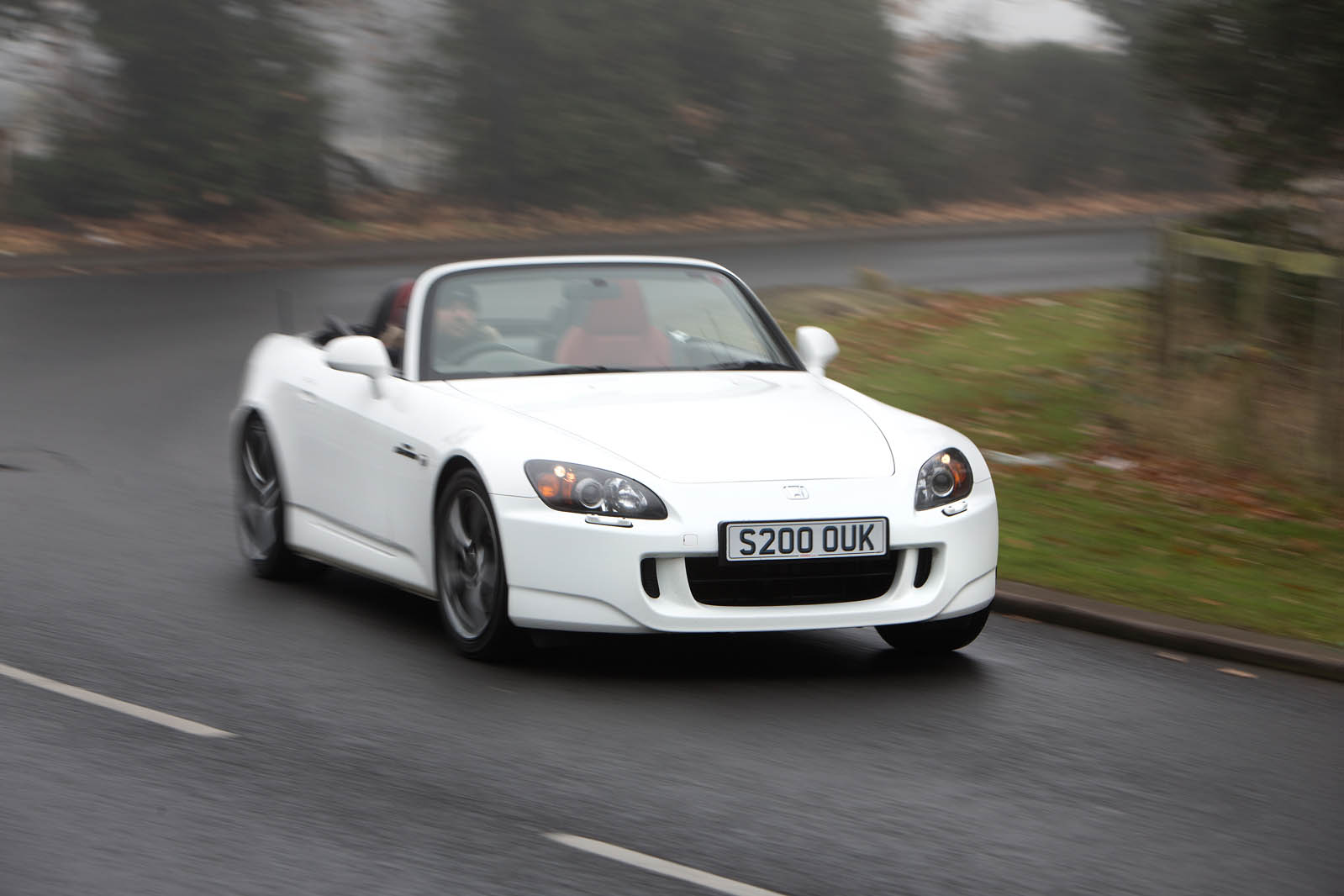 The stunning S2000 was powered by the equally amazing F20C engine

Perhaps the high watermark of late 20th century Honda performance, certainly as far as achievable cars are concerned, the S2000 looked great, handled impeccably and was powered by one of the finest VTEC engines of all, the F20C/F22C. The naturally aspirated charms of the high-revving 2.0 won it fans across the globe, not least because it could scream all way to 9000rpm, deliver 237bhp to the rear wheels, haul the 1260kg car all the way to 150mph, and because it was mounted to one of the finest manual boxes of all time. Those are impressive figures for an NA car now, in 1999 they must’ve been simply staggering! The S2000 is all but certain to go down as an automotive icon (not least because it’s starred in every driving game of note, ever), so now really is the time to bag yourself a good one. 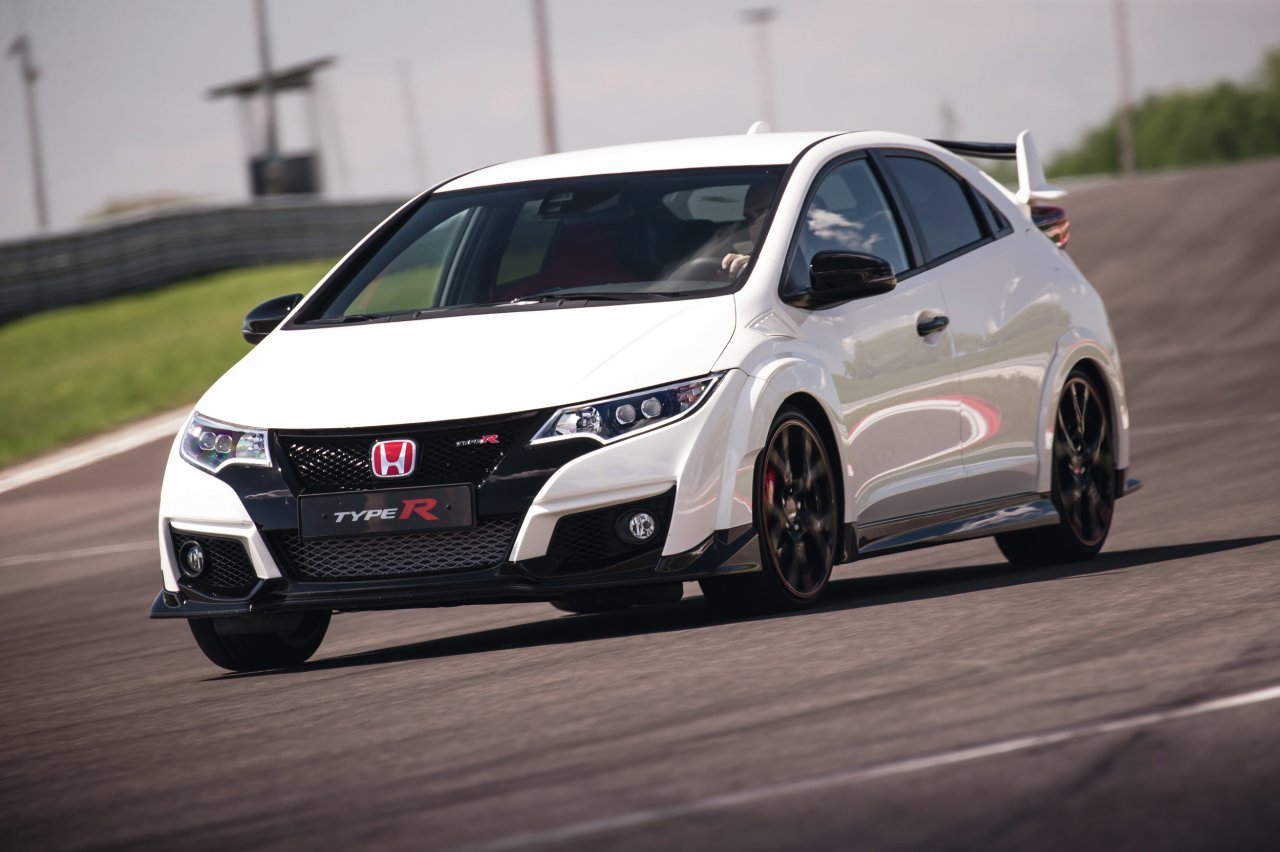 Turbocharging made the most recent Civic Type R, the FK2, a true hot hatch powerhouse

Rarely has a car been as well suited to the UK’s rutted, winding B-roads as the Civic Type R, and this helps explain why the model has been wholeheartedly embraced by British petrolheads. There have been 4 different iterations of the Civic Type R and all have been well received, so much so that the first, the EK, was imported to these shores in huge numbers – it was that sought after! The second gen EP3 remains the purists the choice, the FN2 which followed further refined (many say perfected) the NA VTEC formula, while the current car, the FK2, broke with Honda tradition by being turbocharged. 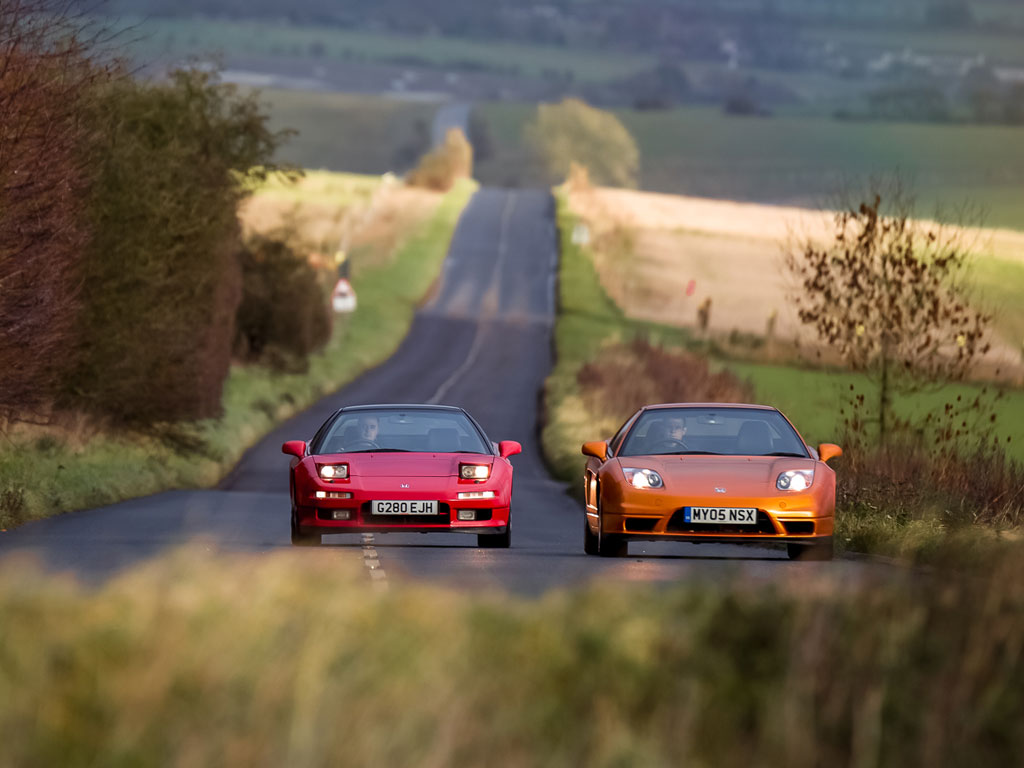 The NSX changed little during its extended lifespan

It’s hard to fully grasp the impact that the NSX had when it was launched way back in 1989, an era when Japanese cars were still viewed by most as affordable transport for the masses at best, at worst as tinny offerings too basic it even consider buying. Then along came the NSX, a car that had famously been given Ayrton Senna’s seal of approval, and it simply blew away the established European supercar order overnight. It probably helped that the contemporary offerings from Porsche and Ferrari, the 964 and the 348, weren’t exactly viewed as the greatest examples of the breed, but this shouldn’t detract from the NSX’s sheer brilliance. It made the supercar elite sit up and take notice, and the market has never been the same since. 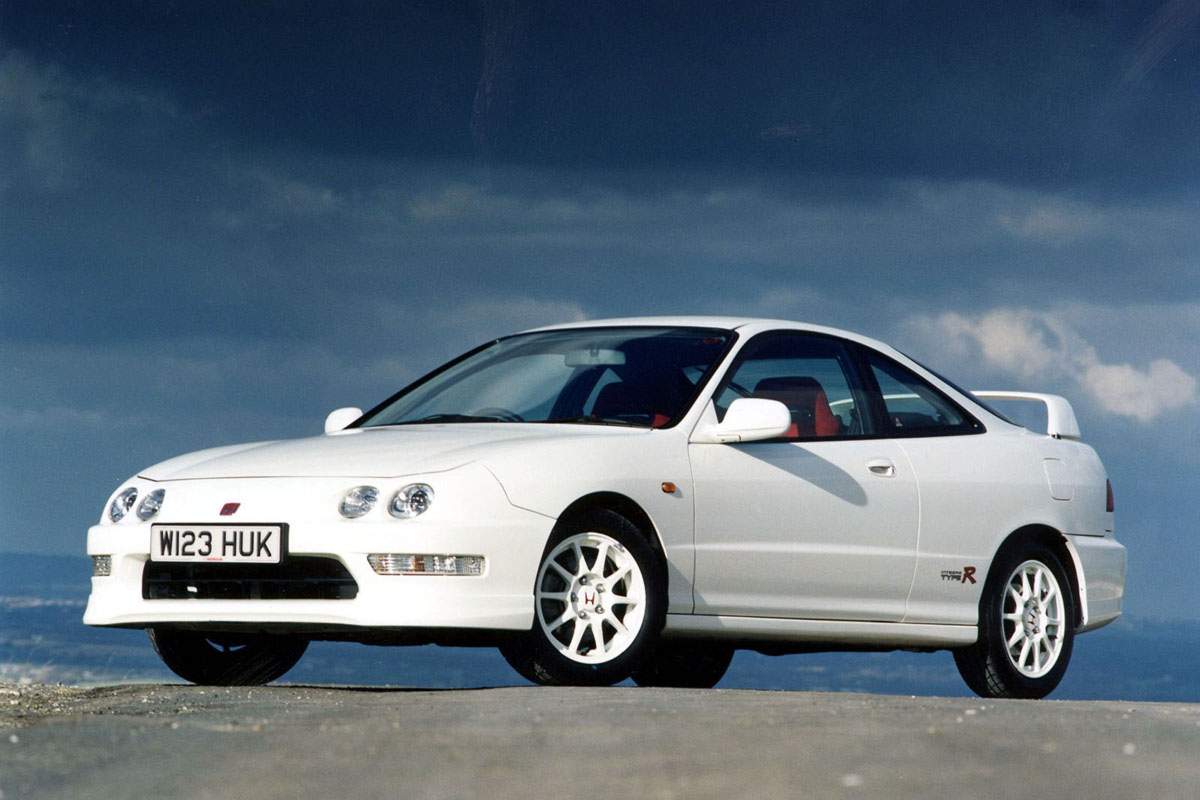 Various sources describe this as the best handling front-wheel drive car ever, and that’s about as high as praise as you’ll get. The Integra was another performance Honda that wasn’t initially available to UK buyers, and this caused a lucrative grey import trade to spring up around the model. The B18C engine, a VTEC, naturally, was a corker even by Honda’s ’90s standards and was able to generate a meaty 187bhp from its 1.8 litres, helped by high compression pistons and revised intake ports. It was also light – it tipped the scales at a mere 1140kg, and came with lightweight alloys, thin windows and less sound deadening. 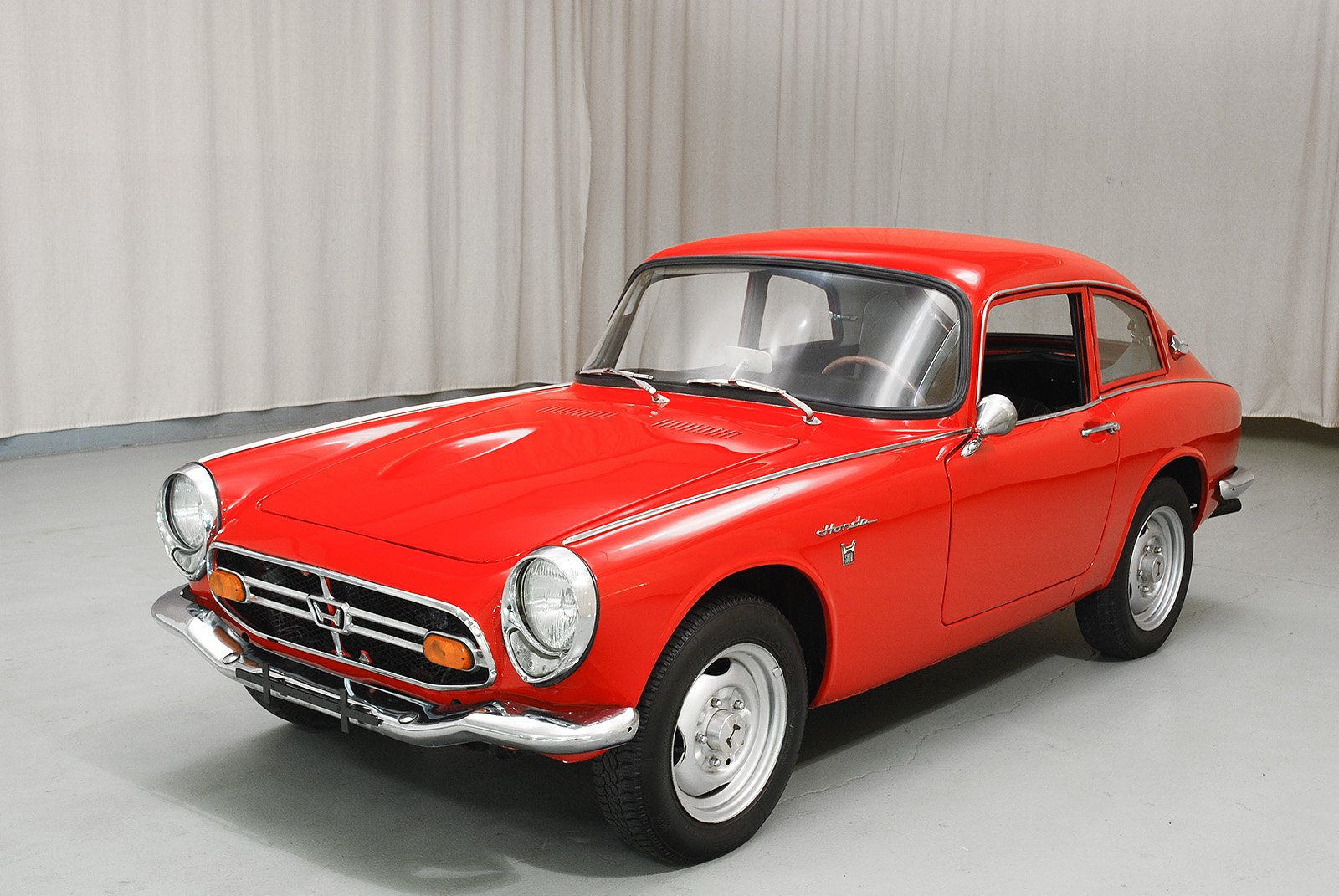 The S800 was one of Honda’s first vaguely sporting offerings, albeit one very much grounded in Japanese thinking of the time. Power came from a 70bhp 791cc four-pot that maxed out at a heady 96mph and took a full 13.5 seconds to reach 60mph, though this wasn’t considered bad at all for a Japanese car in the late ’60s. It could also rev right up to 11,500rpm, in the process marking Honda out as a maker of technically polished sports cars that drove in a highly entertaining manner. 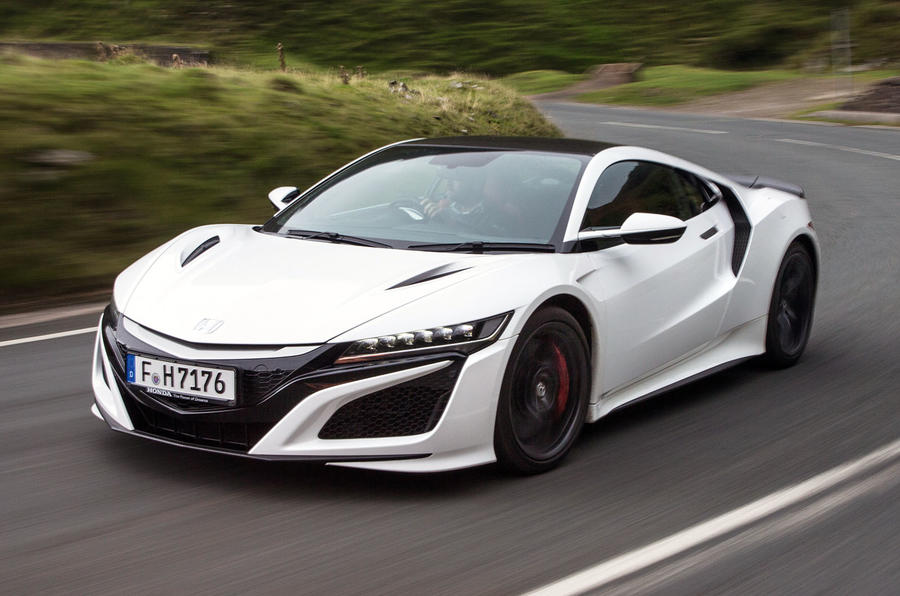 The Mk2 NSX is a hugely significant car for Honda, and the rebirth of an automotive legend

For a long time it felt a little like Honda had lost its way, certainly when it came to performance offerings that the average petrolhead might lust after and one day aspire to owning, yet recent years have seen a return to form. The current Civic Type R is seen as one of the finest hot hatches around, they’ve reignited their partnership with the McLaren F1 team, and best of all, Honda has signed off a successor to the NSX! Once again powered by a V6, the all new NSX bristles with the kind of clever thinking that helped make its predecessor such an icon, albeit this time with a trick electric power plant that eliminates any trace of turbo lag and also functions as the starter motor. 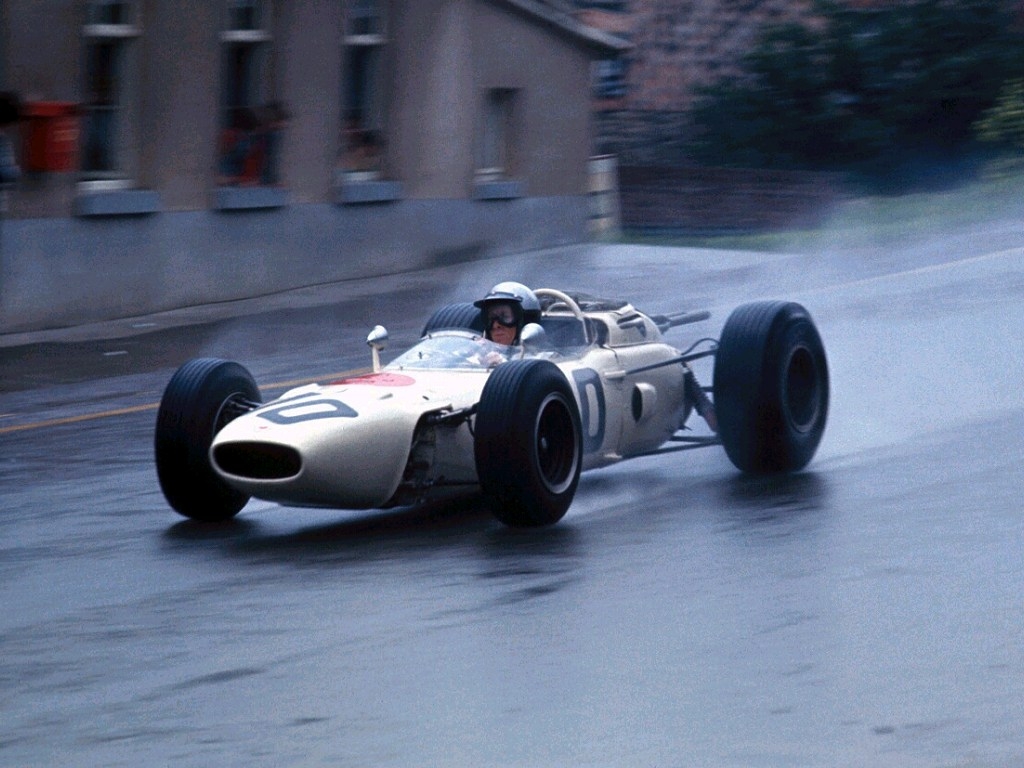 This car allowed Riche Ginther to lead the 1965 Mexican Grand Prix from lights to flag, in the process allowing Honda to become the first Japanese car maker to triumph in F1. Impressive, right? What’s even more impressive that all this was achieved mere years after Honda had graduated from making motorbikes to road cars, and because all the engineering (including the design and assembly of the 48v V12 that powered it) was done in house by Honda. It was effectively a screaming, 14,000RPM two fingers to the Grand Prix establishment and a marker for what was to come. 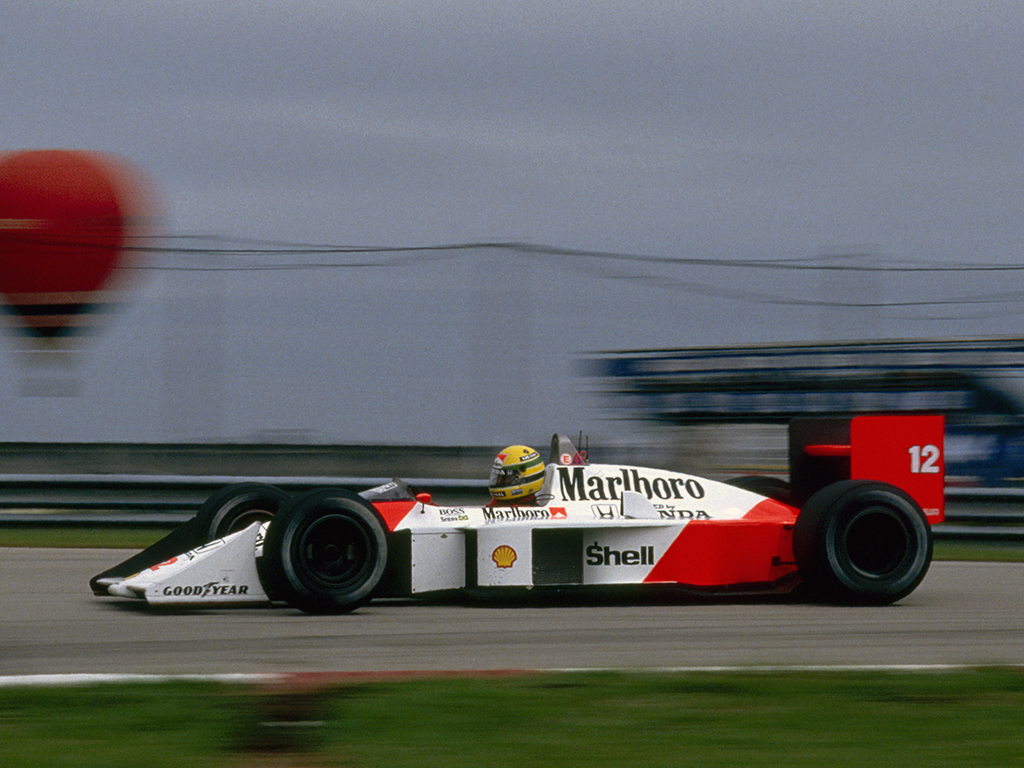 Speaking of Honda’s F1 ventures, we couldn’t not include its most successful one to date and the most ‘winningest’ single model in Grand Prix history, the McLaren-Honda MP4/4. OK so it isn’t strictly a Honda product in its truest sense but the engine, one of the finest examples to ever compete in F1, played a huge role in the success that followed, as did the driving lineup of Ayrton Senna and Alain Prost. The MP4/4 was the first McLaren to make use of Honda’s new 1.5l RA168E turbocharged V6, a staggeringly potent engine that eventually pumped out in excess of 700bhp, allowing the team to win all but one of the 16 races that made up the 1988 F1 championship. It scored three times the number of points as second placed Ferrari, and acted as a suitable swan-song to F1’s bonkers turbocharged era. 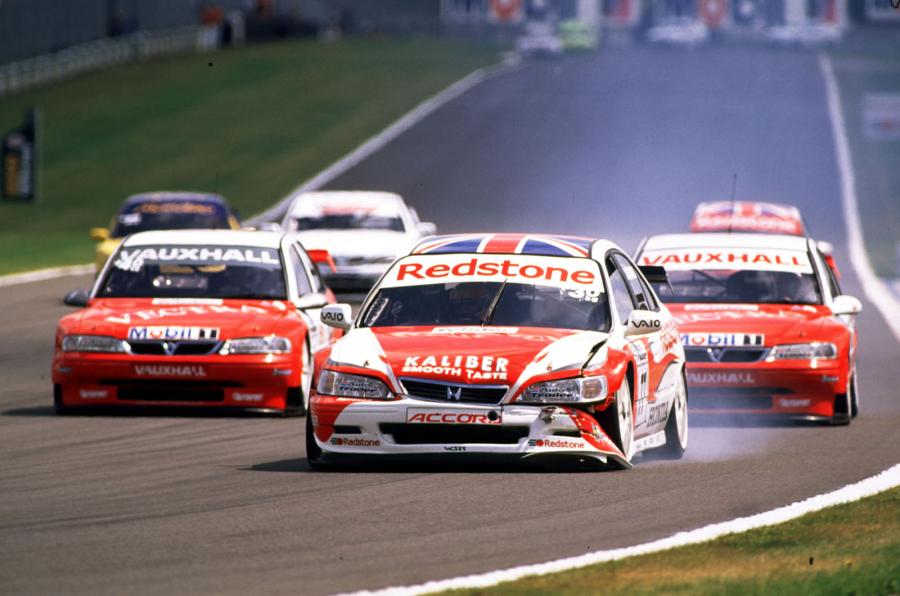 It took Honda a long time to actually rack up some wins in the Super Touring era BTCC, yet its Accords always looked and sounded the part, were piloted by some of the best drivers on the grid and went like the clappers! The undoubted highpoint of the Accord’s BTCC career came in 2000, the final year of the Super Touring formula and one which saw the Hondas face off against the Triple Eight run Vauxhall Vectras and Prodrive developed Ford Mondeos, the latter reportedly run on a £12 million budget! Honda’s effort sadly wasn’t enough to deny the Fords the title but they did manage to take a number of impressive wins.