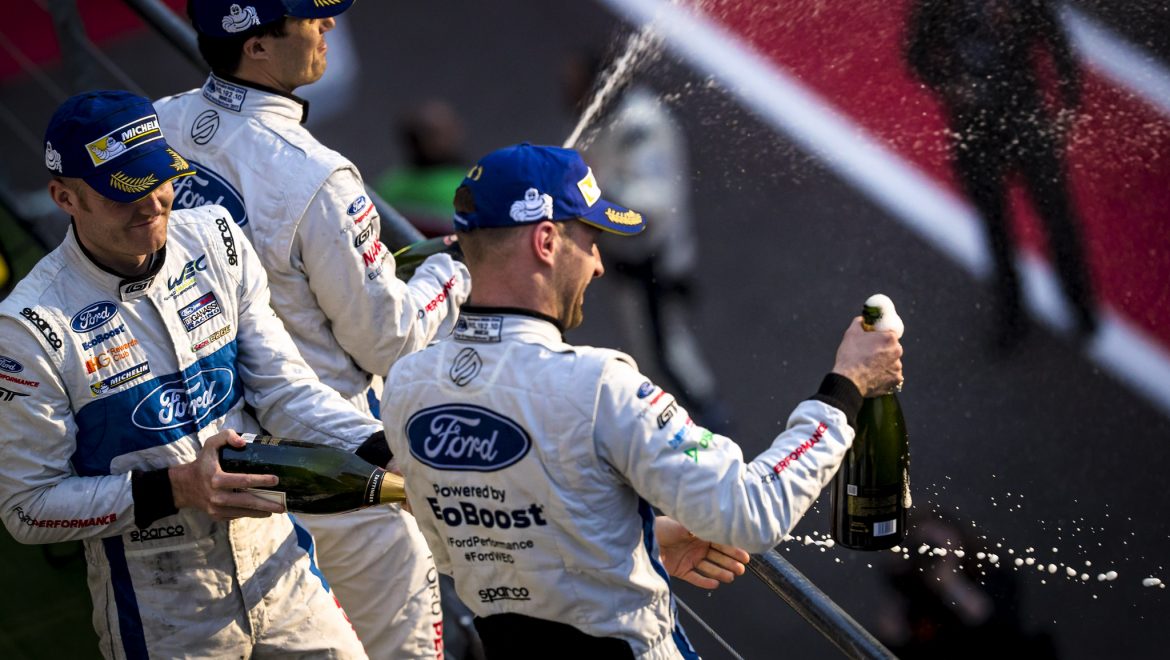 SPA, Belgium, May 6, 2017 – The GTE Pro cars came in two-by-two at the legendary Spa-Francorchamps circuit in Belgium today. This time it was Ferrari that took the win and second place, closely followed by two Ford GTs in third and fourth, then two Porsches and two Aston Martins.

It was the #66 Ford GT crew of Stefan Mücke (GER), Olivier Pla (FRA) and Billy Johnson (US) that stood on the podium after six hours of hard racing.  After starting the race in second place they looked like strong contenders for the win with Pla enjoying a close fight with the sister Ford GT of Harry Tincknell (GB) and the two Ferraris in the opening stages. Johnson suffered at the hands of an LMP2 car that spun him around on his out lap and was later penalised for doing so and ultimately an unfortunately timed Full Course Yellow put paid to the #66 crew’s fight for the win.

“We had a really good fight with the Ferraris at the beginning of the race today,” said Pla. “Unfortunately I lost a position when I got stuck in traffic through Eau Rouge but there was nothing I could do. Because of this we decided to stay on the same set of tyres for the second half of my double stint, which wasn’t easy as the track was still very green. It wasn’t so bad in the end as we took third place, despite losing time with a Full Course Yellow, and we weren’t too far from the Ferraris.”

The charge of the #67 Ford GT was delayed by a fuel priming issue in the first pit stop. Tincknell pitted from second place but as he re-joined the race he found himself with no power on the run down to Eau Rouge. The team quickly identified a fuel priming issue, whereby the car has run so low on fuel it needs to be ‘primed’ before continuing in the race. After some swift instructions from his race engineer, Tincknell fixed the issue and was back on full power but at the back of the pack. After Tincknell started the fightback, Pipo Derani (BRA) jumped in, followed by Andy Priaulx (GB) who took the #67 Ford GT to the flag. 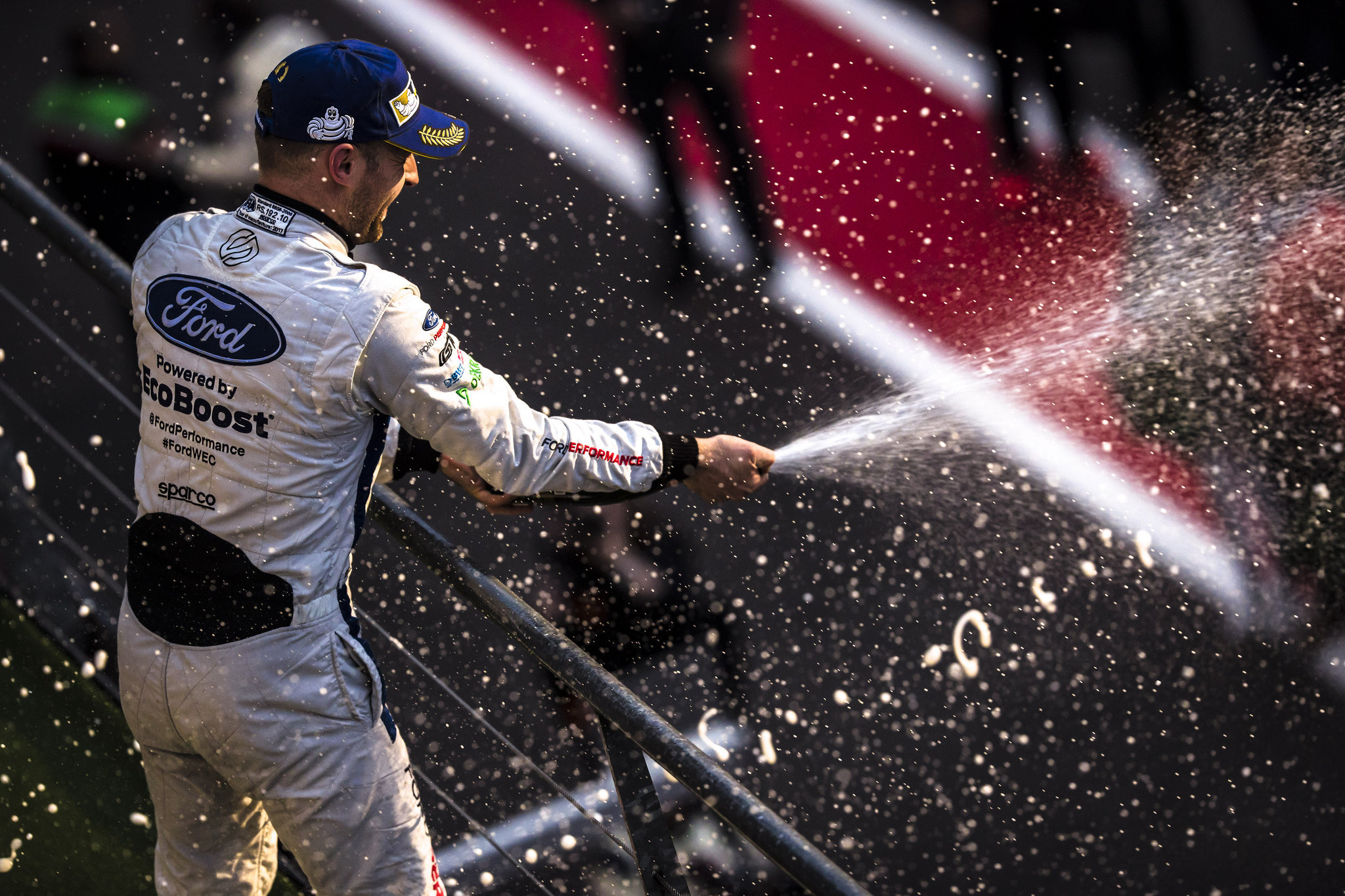 “When you look back I think it was a strong race for us,” said Derani. “We had an issue in the first pit stop, which put us all the way to the back of the pack but we had a great recovery. We finished on the lead lap, not too far behind the first three cars, which I think was a great team effort. For me personally it was good to get another GT race under my belt, to learn more about the tyres, the car and the team. I really enjoyed my double stint and now I can’t wait for Le Mans.

Today’s result means that the crew of the #67 Ford GT hold on to the lead in the Drivers’ World Championship, but Ford slips behind Ferrari so the fight for honours at Le Mans looks set to be even fiercer than in 2016. 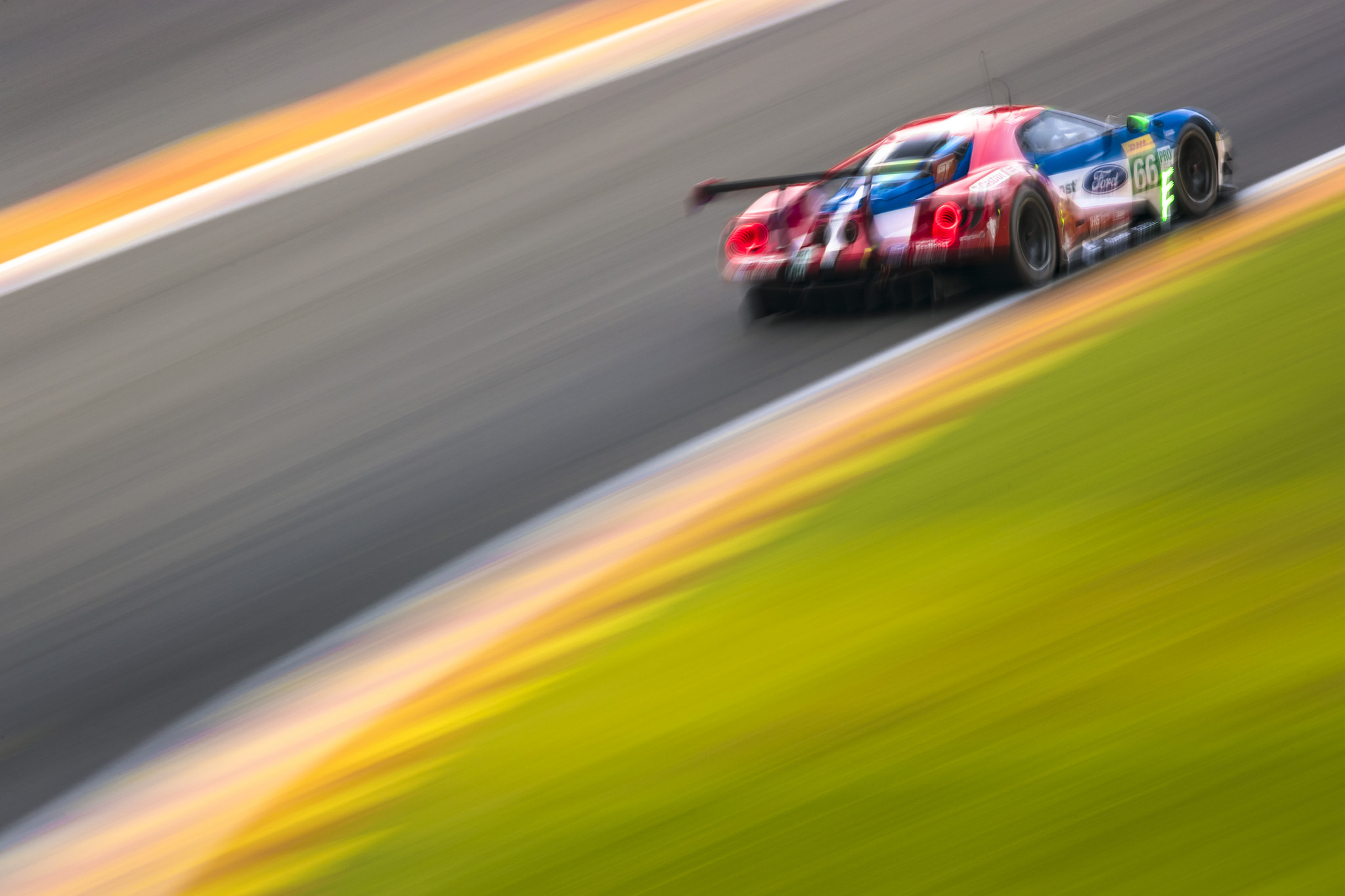 Never a man to be happy with third place, Multimatic Vice-President Larry Holt summed up the thoughts of the Ford Chip Ganassi Racing team after the race.

“I’m never happy if we don’t win,” said Holt. “In reality we had a problem with both cars. We had the fuel issue with the #67 at the first stop and unfortunately #66 was in the pits when the Full Course Yellow happened which probably cost us around 40 seconds. Without those two issues I think you would have seen two Fords and two Ferraris battling it out for the win.

“P1 and P4 at Silverstone and P3 and P4 here at Spa racks up the points and proves that we can be competitive with Ferrari going into Le Mans. Before we had our issues it was a great race so if you want to see another great Ford vs Ferrari battle at Le Mans it’s looking pretty good.”

The next round of the FIA World Endurance Championship is the 2017 Le Mans 24 Hours.