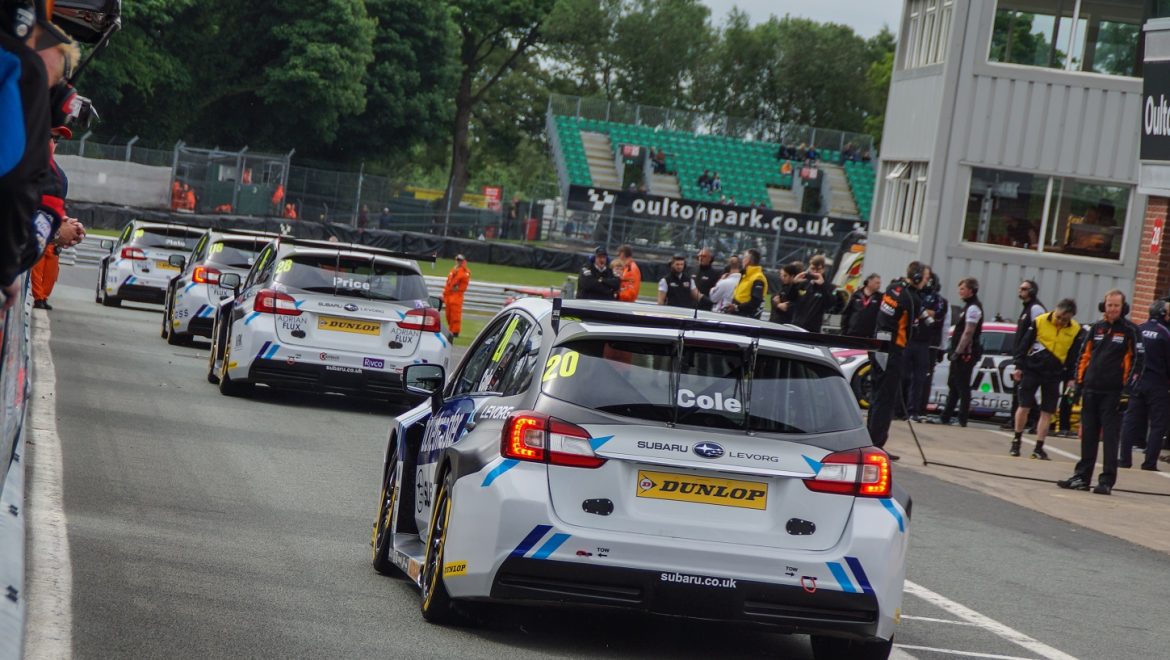 There were much improved results all round for the BMR Racing team with us being one of the teams being monitored by TOCA for engine performance data levels throughout the weekend following an anomaly being found regarding power delivery.

Ash’s first podium of the day came from starting 6th on the grid for race one albeit carrying 21kg of success ballast and being on the medium tyre with the majority of the grid choosing the soft option tyre.  After a great start Ash made two stellar overtakes at both Lodge and Old Hall to work his way up to his podium position of third. For his teammates, Jason started from 17th on the grid and fought a great race finishing in 12th, Josh worked his way through to finish 22nd from 31st and there was huge disappointed for James who, although having his best race to date in this year’s championship, started from 21st and made his way up to a point scoring position of 15th before receiving damage from contact on the very last lap dropping him all the way back down to 23rd place.

For Race Two Ash was carrying even more weight on board with 57kg and choosing the soft tyre.  Ash was very soon up to second place from a great start off the line and then quickly through to take the lead on lap two.  Ash extended his lead throughout the race and managed his tyres well to take victory, the first for Subaru in 2017 and the second win of his BTCC career.  Jason had another great race fighting at the rear of the leading pack to finish in a superb and improved finishing position of 11th.  Josh had an outstanding drive which saw him in combat with Aiden Moffatt and fellow Jack Sears trophy contender Senna Proctor with the battle ensuing right up to the finish line when there was contact between Moffatt and Proctor at Deers Leep and Josh seized the opportunity taking the Jack Sears win and a point in the process finishing in 15th overall. There was further disappointment for James after he ended up being forced off the circuit when contact ended in him retiring from the race.

Race Three meant Ash would now be carrying maximum success ballast of 75kgs and with the reverse grid draw placing him 6th on the grid, we didn’t expect too much from him.  HOWEVER, he surprised us yet again with an outstanding battle throughout the race, again working on his strong points on the track, and with the last few laps he fought to hold off the threatening advances of Colin Turkington and Rob Collard with some remarkably defensive driving that enabled him to bring his Subaru Levorg home in a fine 4th place.  Jason started from 11th on the grid and endured another battle on track, with scars to prove it, and brought his damaged car home in an impressive 11th.  Josh started in 15th and James in 31st.  Unfortunately, they both received damage during the race and had to visit the pits for brief repairs.  They both successfully finished the race albeit down in 27th and 28th places.

Speaking of the first win for title sponsors Adrian Flux Insurance Services, General Manager, Gerry Bucke commented “We are over the moon that Ashley got his first win in the Adrian Flux Subaru Levorg , a great drive and perfect overtake using the grass to nip inside the BMW to claim the win. Team BMR have a rising star in the making and we all hope this is the first win of many for Ashley and the Subaru team”.

Ash Sutton “I am over the moon with how Oulton Park panned out. This has never been a favourite of mine, despite liking the track we just always seem to have some bad luck here.

“This was a huge turn around for myself, Team BMR and Subaru, the team have been working hard with TOCA to overcome a few hurdles and we are now getting there. I feel that this weekend showed how much myself and the engineering team have extracted from the car, to be able to win a race with 57kg and then to move forward with 75kg of success ballast I couldn’t have asked for any more from the car. A great haul of points this weekend, a total of 50pts I believe which means that we are only 45pts behind the championship leader.”

Jason Plato “Oulton Park proved to be a good step forward for the team, TOCA granted us increased turbo boost pressure on Saturday and then a further increase for Sunday. Our straight line performance has improved but we still have a little way to go to match the opposition.
“Ash had a fantastic event which is great for us all, I made progress with my chassis issues, but we still don’t really understand why the 99car is plagued with a corner entry understeer balance, that said, we have great engineers and I’m sure we will continue to make progress and hopefully I will have a car at Croft that I can talk to.”

Josh Price “Oulton Park was a huge improvement for us, it was great to be able to get in the mix of things.  We learned valuable lessons that should improve our performance even further looking towards Croft”.

James Cole “There are a lot of positives to take out of Oulton Park.  Our pace in FP1 & FP2 was great.  We are still working out why our pace wasn’t as competitive in qualifying, we all know how crucial qualifying is.

“Oulton Park is a mega circuit but so difficult to overtake.  Our overall pace in races was fantastic.  It’s so frustrating to be on the receiving end of two ludicrous moves in races one and two when in point finishing positions, driving standards will once again have to be looked into.  Overall this was the most positive weekend of the year so far!

Adrian Flux Subaru Racing have now moved up to 3rd in the overall teams standings and 3rd in the Manufacturer standings.