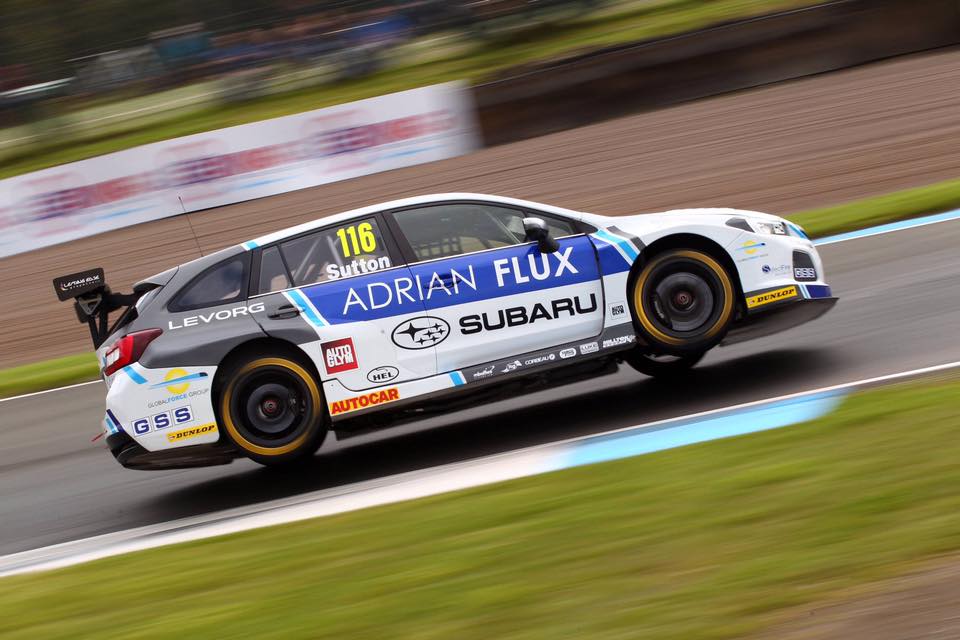 As the dust settles on what must rank as one of the most intense series of touring car racing the BTCC has delievered for many years, we thought it high time we take a look back at the performances of the various Autoglym sponsored and supported teams. 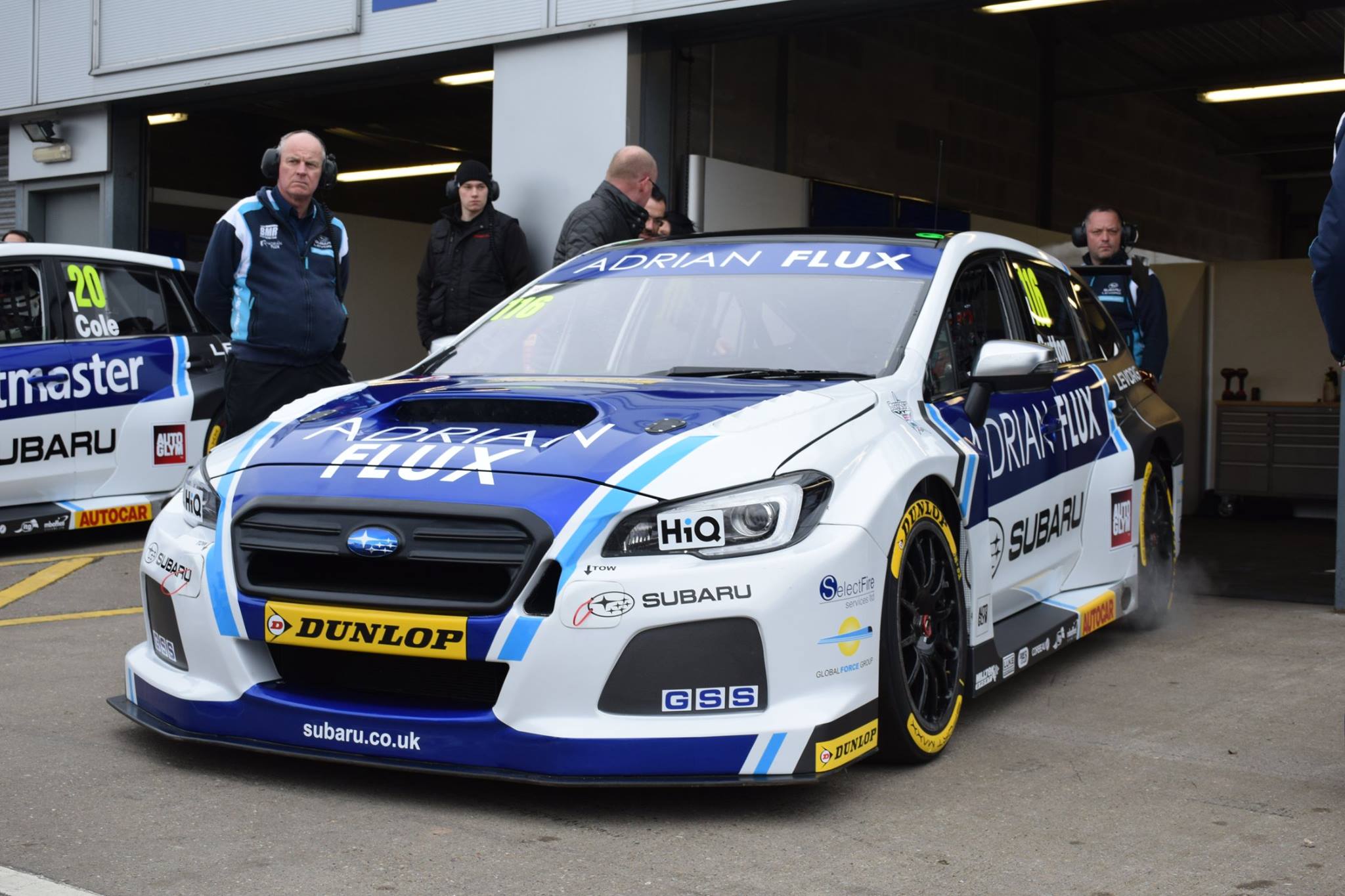 What a year it’s been for Team BMR and its Subaru Levorgs! The team began the season on the back foot having been forced to re-mount its flat four ‘boxer’ engine, a move which negated one of their biggest advantages at a stroke. The first round at Brands Hatch back in April brought more frustration, and it was clear that the Levorgs had fallen back from the front and were in fact shockingly off the pace of the works Hondas, BMWs and Fords. Then, to add insult to injury, there was Plato’s start-line smash, also at Brands, an accident which effectively wrecked the BTCC veteran’s season before it’d even begun.

Fast forward 6 months and the picture is very different. Ash Sutton stepped up to the challenge in a manner which underscored his growing prominence in the championship, becoming de facto team leader and driving development of the Levorg onwards. This finally began to pay dividends at the fourth round of the season at Oulton Park, where Sutton was able to take to the top step of the podium. It was a watershed moment and from then onwards the Team BMR Levorgs were rarely off podium, Sutton leading the charge and making up for lost time in his ultimately successful push for the title. It means that a manufacturer best know for its motorsport exploits in the WRC can claim to be just as adept at competing on circuits, and few would bet against Team BMR, Subaru UK and Ash Sutton adding to their win tally in the years to come. 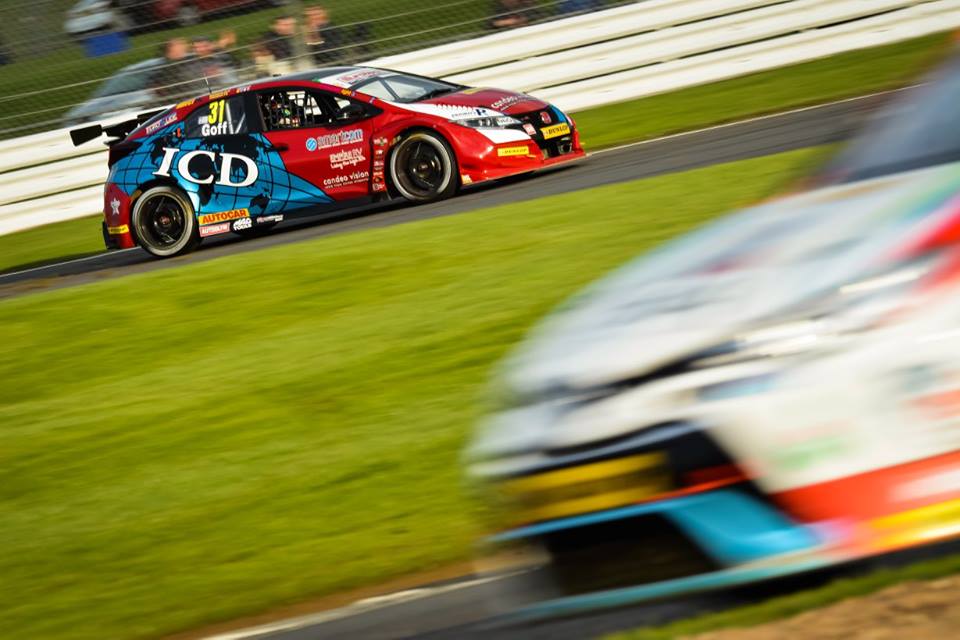 It would be all too easy to suggest that Eurotech Racing’s season was defined by one, all-consuming crash at a sodden Croft back in June, an incident which involved 9 cars and saw Jeff Smith cut from his battered Civic. Smith spent time in hospital along with a number of other drivers and was forced out of the season, a move which must have been tough for the team leader to swallow, particularly when you recall he started the season with a pole at Brands Hatch.

Look behind the bent metal and nail-biting hospital reports though, and Eurotech Racing more than rose to the occasion. The signing of Jack Goff brought much needed speed and consistency, while Jeff Smith’s son Brett stepped up to the mark, finding pace as his confidence behind the wheel of the team’s 2016-spec Civic grew. Goff has proved himself to be an especially valuable signing thanks to his abilities to extract ungodly speed from the Civic, winding up with 3 pole positions, an outright win at Silverstone and 2nd in the Independent Drives standings. Eurotech Racing complete the year with 4 poles in all, that win, 7 podiums, 4 Independent wins and a pair of Jack Sears trophies. 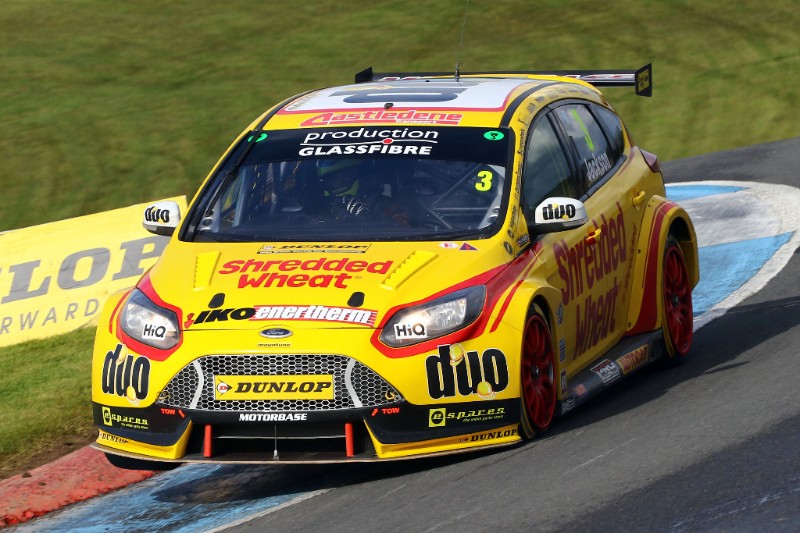 There’s no denying that Motorbase Performance have endured a trying campaign this year, and the team perhaps best summed it up themselves when they wrote; ‘it’s certainly been a year of highs and a few too many lows but as always, we have enjoyed ourselves along the way.‘

While there can be no denying the speed or the skills of the driving lineup of Mat Jackson, Martin Depper or Luke Davenport, Motorbase Performance seemed to attract an unfair amount of bad luck, most notably at Croft where Davenport was involved in the same pile-up which hospitalised Jeff Smith. Davenport came off worst of all and was in a medically induced coma for 7 days, putting him out of action for the rest of the season and forcing the team replace him with Rory Butcher.

Mat Jackson struck back in the best way possible by winning the final round at Croft. He’d go on to collect 344 points and 3rd in the Independents’ standings, a position mirrored by the Motorbase team itself. There results were scored against the odds and against the backdrop of rotten luck, meaning team Motorbase Performance can hold its head high, and also look forward to a far more competitive season of racing in 2018. 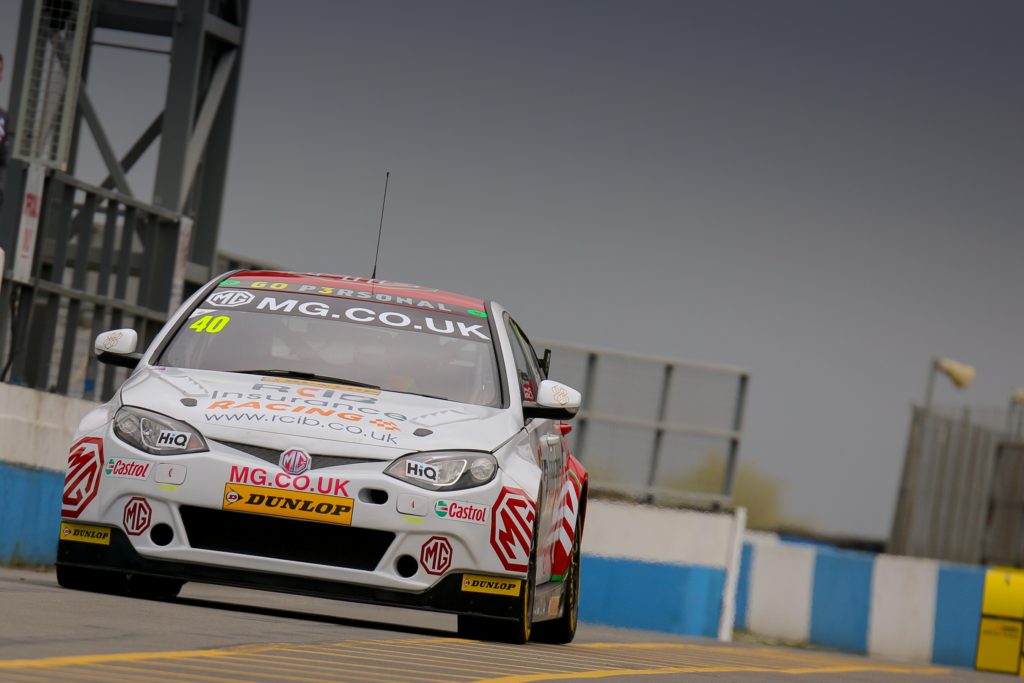 Aron Taylor-Smith Daniel Lloyd (later replaced by Josh Cook) were signed to drive the team’s MG6s, and hopes were high in the run up to the season opener at Brands Hatch, not least as the cars were once again run and developed by the BTCC titans at Triple Eight Racing. Sadly, things didn’t quite work out as the team would’ve liked or indeed expected, with MG RCiB Racing ultimately emerging as the weakest of all the manufacturer backed teams competing in the BTCC in 2017. The relative age of the MG6s can’t have helped (the car made its BTCC debut way back in 2012), and neither could the fact that Aron Taylor-Smith was also involved in the aforementioned shunt at Croft.

The team ended the year 5th and bottom of the Manufacturers’ title with 369 points, while Josh Cook and Aron-Taylor Smith struggled home to 18th and 27th respectively. Much improvement will be expected for 2018. 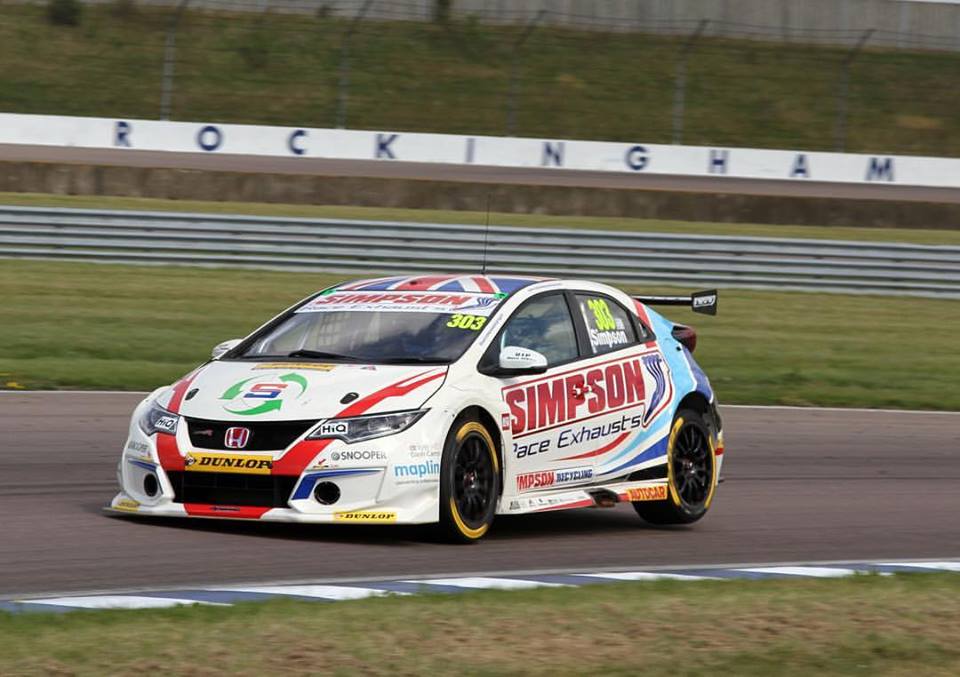 A single car team run by Team Dynamics but driven and largely financed by Matt Simpson, Simpson Racing are one of those outfits that consistently punches above its weight in the BTCC, and many were looking forward to seeing what Matt (a European Hot Rod champion) could do behind the wheel of one of Team Dynamics’ old Civics. Simpson fought hard and well to earn 30 points over the course of a long and at times difficult season, enough to see him 24th overall in the drivers’ standings and the team in 18th. 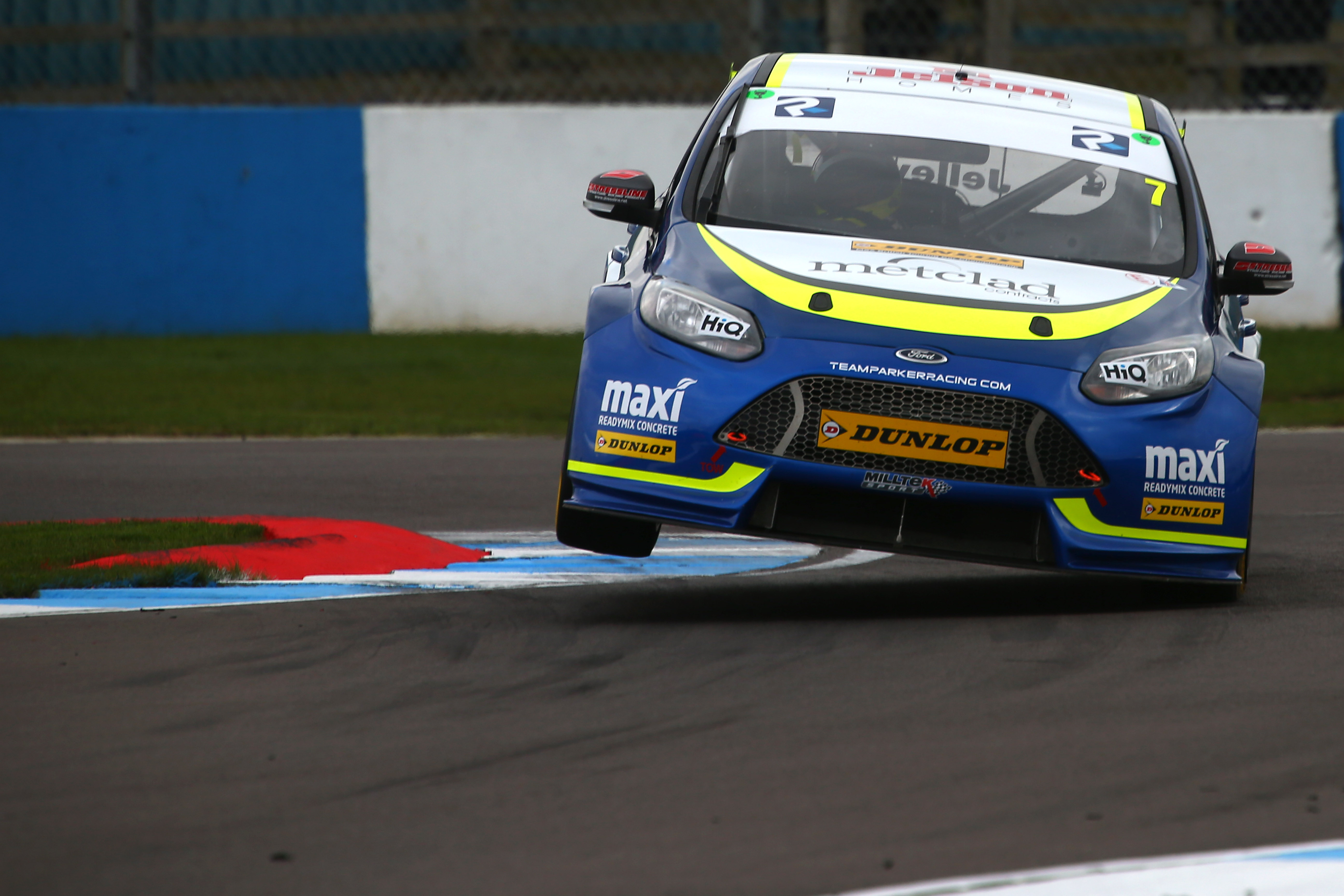 A topsy-turvy season saw Team Parker With Maximum Motorsport field Ford Focuses for Stephen Jelley, Stewart Lines and, before he was once again signed by MG to drive its MG6, Josh Cook! Such upheaval was bound to have a negative impact on on track performance, and that’s before you factor in the outfit’s limited resources. With this in mind, Team Parker with Maximum Motorsport’s 10th overall in the Independents’ standings is none too shabby, with Stephen Jelley proving especially quick, able to net 14th in the Independent Drivers championship.