‘Car games’ have been a thing for almost as long as ‘gaming’ has been in existence, and when you think about it it isn’t all that hard to see why; most of us have fancied trying our hand at being an F1 or a WRC driver at one time or another, but for the vast majority it remains nothing more than a pipe dream – unless our lottery numbers come up of course. The odds of your average petrolhead being able to line up to start their dream race behind the wheel of their dream car aren’t exactly great, hence why car-based video games have long been so popular; it’s automotive escapism at its best and most rewarding.

We’ve been hurling pixelated automotive icons around digitally rendered tracks for decades now, so here’s our rundown of the top 10 ‘driving games’ (or series of games) ever made. Disagree vehemently with our selection? Then let us know in the comments section. 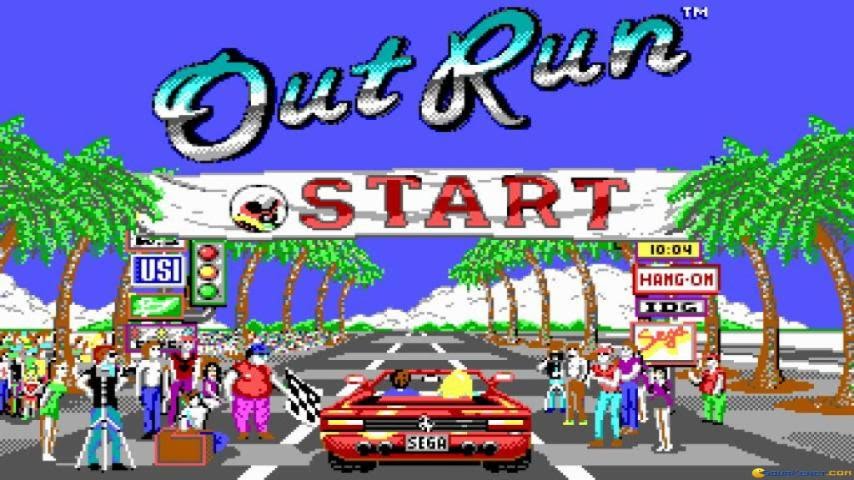 Out Run – as ’80s as Vesta Curries, Ronald Reagan and soda streams

The basis ingredients of Out Run make its mid ’80s origins all too clear; a Ferrari Testarossa, a blonde woman in the passenger seat and an endless stretch of freeway to belt along. Never mind the fact that Ferrari never officially made or sold a drop-top Testarossa, ignore the lack of gritty realism and the fact that the weather never changed, Out Run had something which the vast majority of car games lacked 30 years ago – style. It looked great, sounded great and was a brilliant way to burn through pocket money at an alarming rate, and for that we’ll always love it. 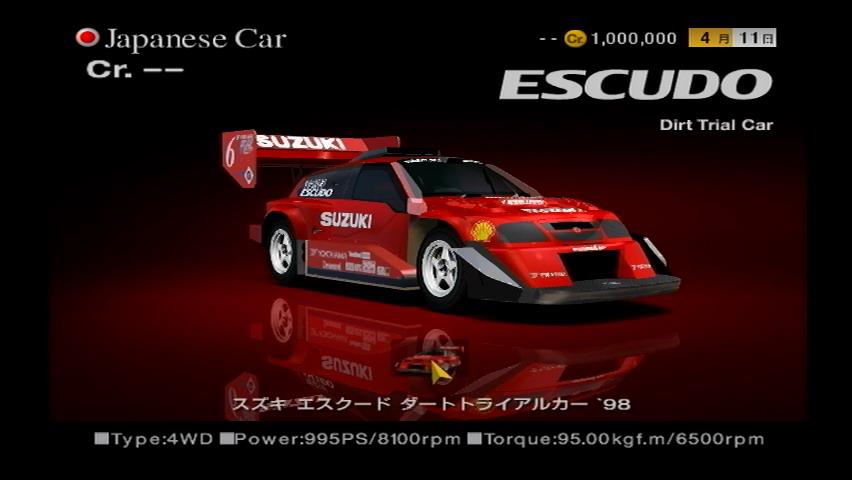 It’s hard to overstate just how much of an impact Gran Turismo had on the video game world when it was launched upon an unsuspecting public two decades ago. It was the first game to truly tackle (and do justice to) real world variables such as tyre wear, brake fade and suspension settings, and one of the first to take the time to accurately record and digitize engine notes. Then there was the car list, one as eclectic as it was massive. Want nothing more than to hammer around in a Ferrari F40? Naturally. Need to live out your Group B fantasy in a Lancia Delta S4? Of course. Hanker after Nissan March Turbo? You were well covered. The best bit was that many of the really rare/weird stuff was only available to buy at a certain time on a certain date, meaning you actually had to be pretty organised to nab it! 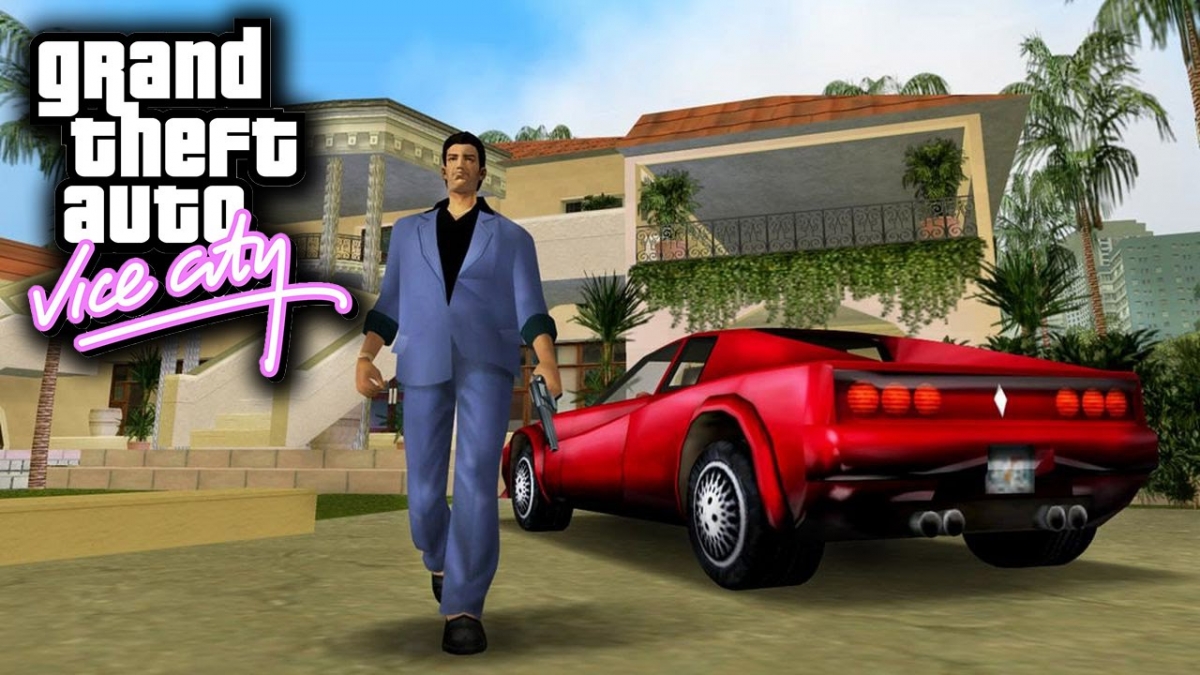 Ok, ok, it isn’t a racing or even a driving game, not in the strictest sense of the phrase, but the Grand Theft Auto series of games have proved that the gaming public has a deep seated desire for automotive destruction on a grand scale. GTA 3 was the first to move away from the classic top-down view employed by the earlier games, and the first to allow the player to become truly lost in an expansive urban environment, free to rob, burn, car-jack and much more. Crime might not pay in the real world, but there’s no denying it’s a lucrative business in the digital one. 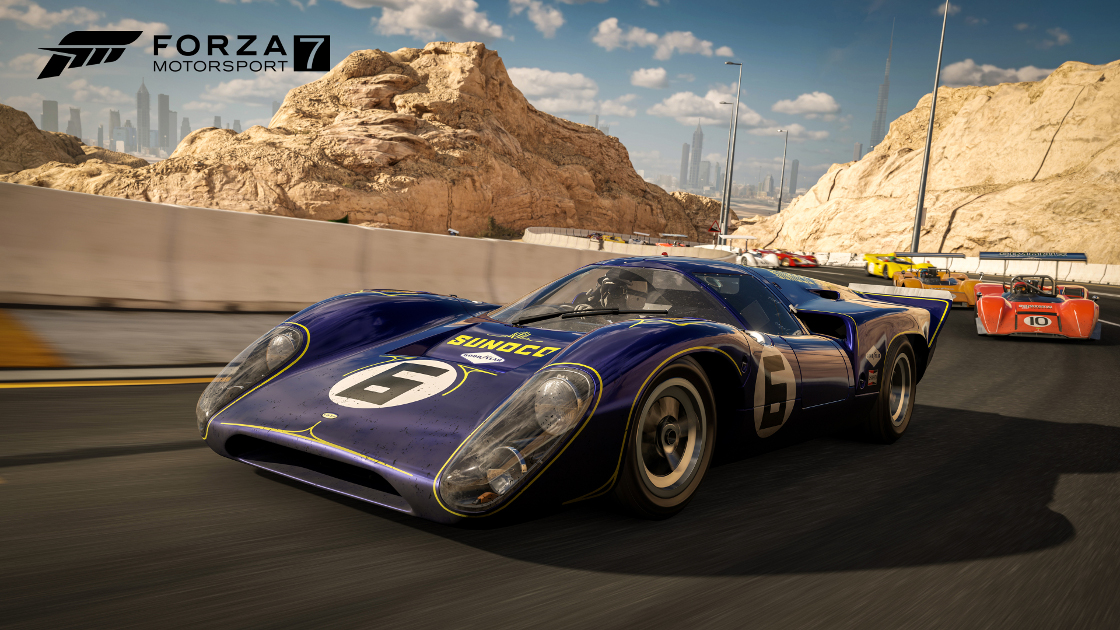 Gran Turismo’s success spawned a number of imitators and wannabes, with Forza Motorsport being one of the first to truly challenge the PlayStation titan. Forza brought realistic damage to the party, proving that there’s actually quite a lot of fun to be had wrapping a Lancia Stratos around an unforgiving pit wall at 120mph, not to mention an equally generous list of playable cars. The series has since given birth to the Forza Horizon sub-brand, an open-world affair which is effectively a modern day take on Out Run, though it’s down to you to supply the bleach blonde passenger. 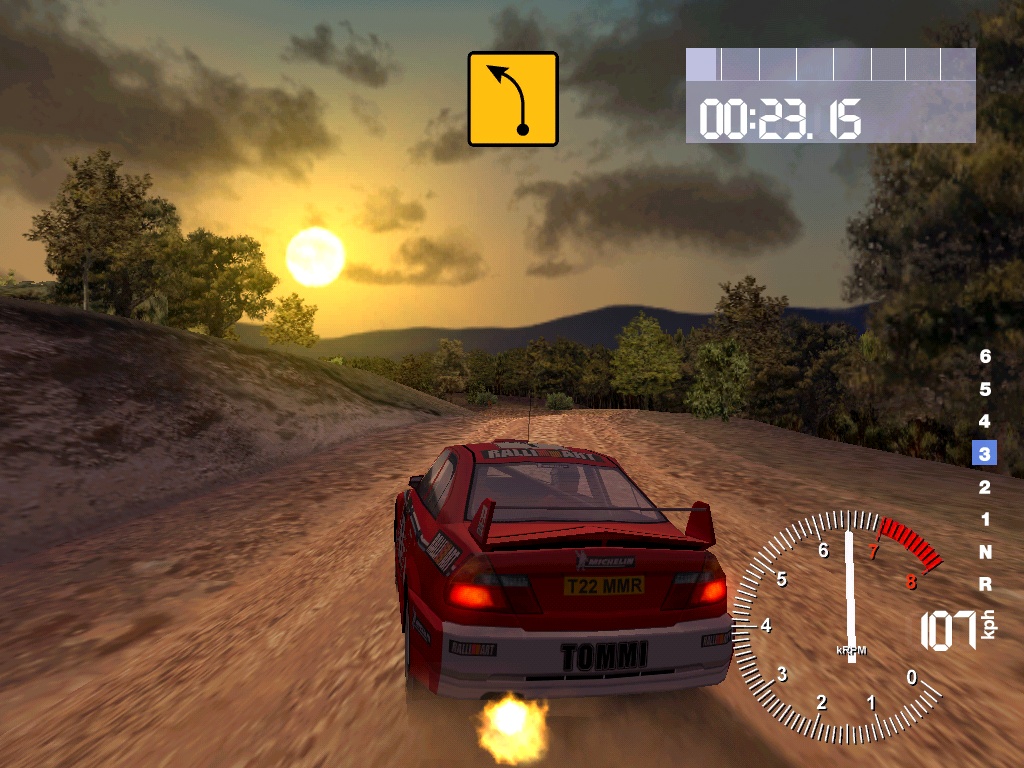 It says much about how important this game was to me growing up that I can still recall the cheat code to get you all of the cars – onecarefulowner (for the second game). I wasn’t alone, CMR was nothing short of a revelation at launch, largely as it was one of the first games to do World Rallying justice (despite Richard Burns Rally being more realistic), no doubt helped by having the support (and kudos) of Britain’s most successful rally driver. For a long time the series progressed in step with McRae’s career, meaning you effectively went from a ’97 Impreza WRC to a string of Focus WRCs, all while having access to the great and the good of the rallying world – S1E2 Quattro in Finland? Go ahead, it’s your funeral. 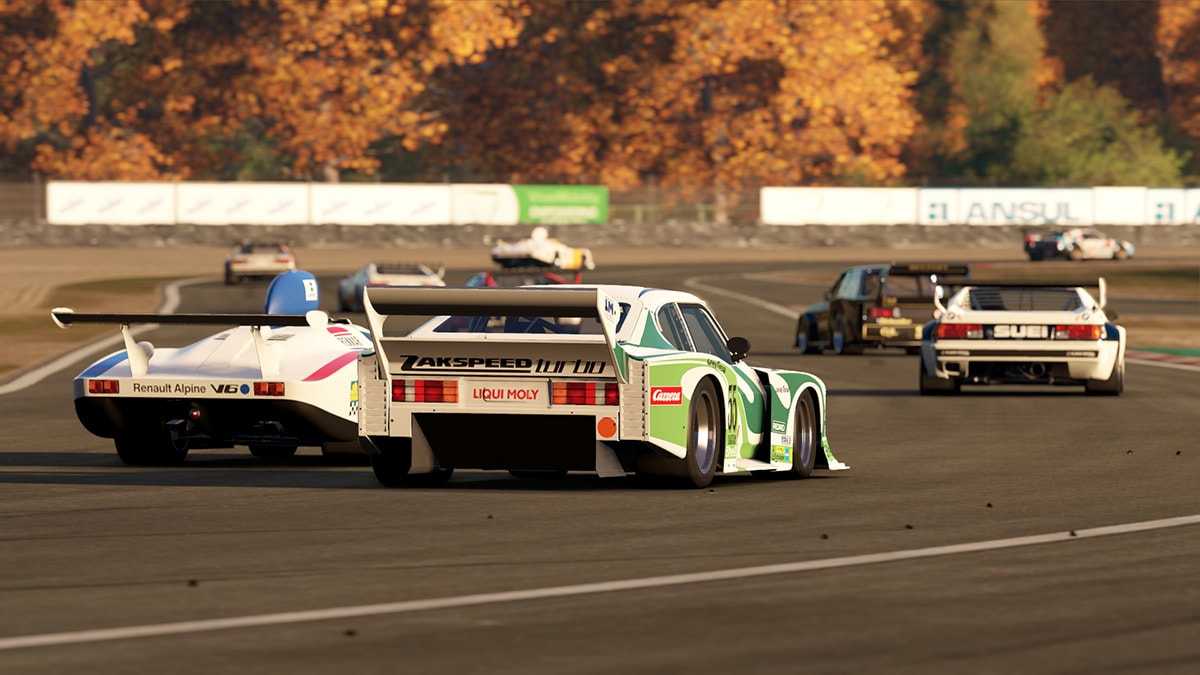 Tricky master and low budget in places, Project CARS remains one of the most beloved racing series of all

The ‘CARS’ in Project CARS actually stands for ‘Community Assisted Race Simulator,’ a fact which tells you all you need to know about the character of the game. It won’t hold your hand, it won’t help you get to grips with the tricky (at times overwhelmingly frustrating) handling, and it pretty much demands you have a force-feedback wheel, but that’s hardly the point. No, what Project CARS does best is immerse you in the nitty gritty of a race weekend, allowing you to live out all your track day fantasies from the comfort of your own living room. Factor in the achingly pretty weather effects and ability to conduct races in real time and at any point in the day (mid ’80s turbocharged F1 cars at 1am on a storm-thrashed Nurburgring, anyone?), and it’s easy to see why Project CARS has proved such a massive success. 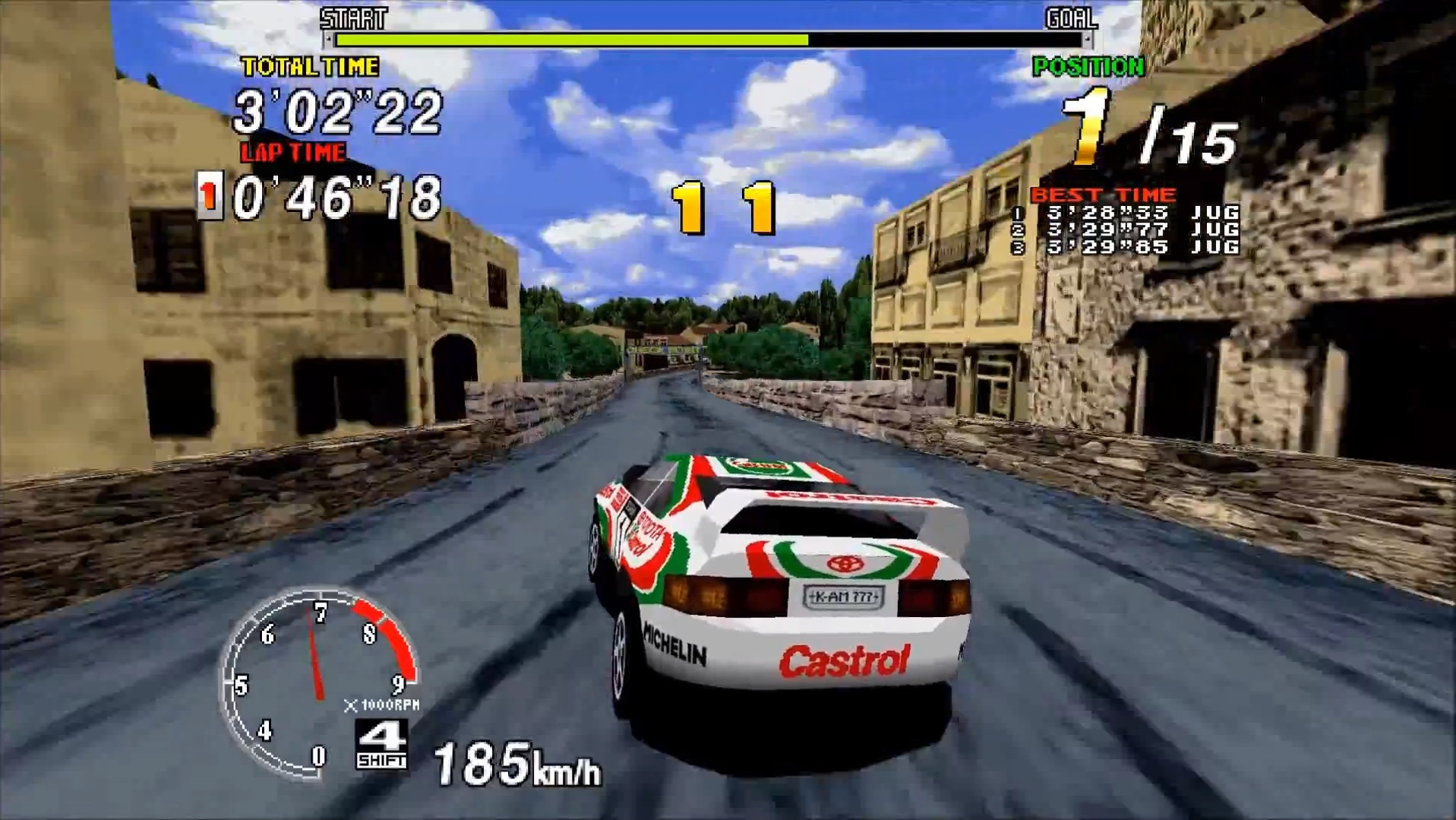 Before McRae and V-Rally there was only SEGA Rally, one of the most beloved racing games of all time and one which made any player answer one of the trickiest questions of all time before they even got the chance to cut apexes and hammer down stages – Lancia Delta Integrale or Toyota Celica GT4 ST05. Never mind that the game’s designers appeared to have a poor grasp of how rallying actually works (all cars on the same bit of stage at the same time), and overlook the fact that the Delta and the Celica’s respective works careers didn’t actually overlap, SEGA Rally was immense, the highlight of any trip to the local arcade. 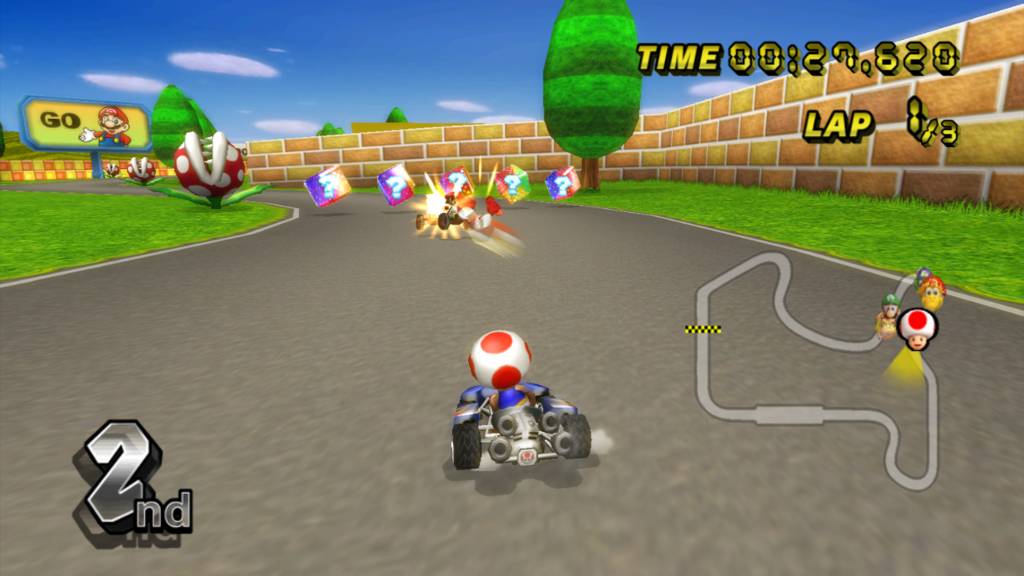 Has there ever been a more crowd-friendly car game than Mario Kart? The answer is an emphatic no, mainly as there’s little in the world that can top the look on your mate’s face when you’ve spun them out of first position on the last corner of the last lap of a frenetic, post-pub race. It might not be as technically demanding as most of the entries on this list but there’s no denying its cult appeal of its accessibility, the latter one of the key’s to Mario Kart’s continued success. You can while away a scary amount of time in Mario world, and we wouldn’t have it any other way. 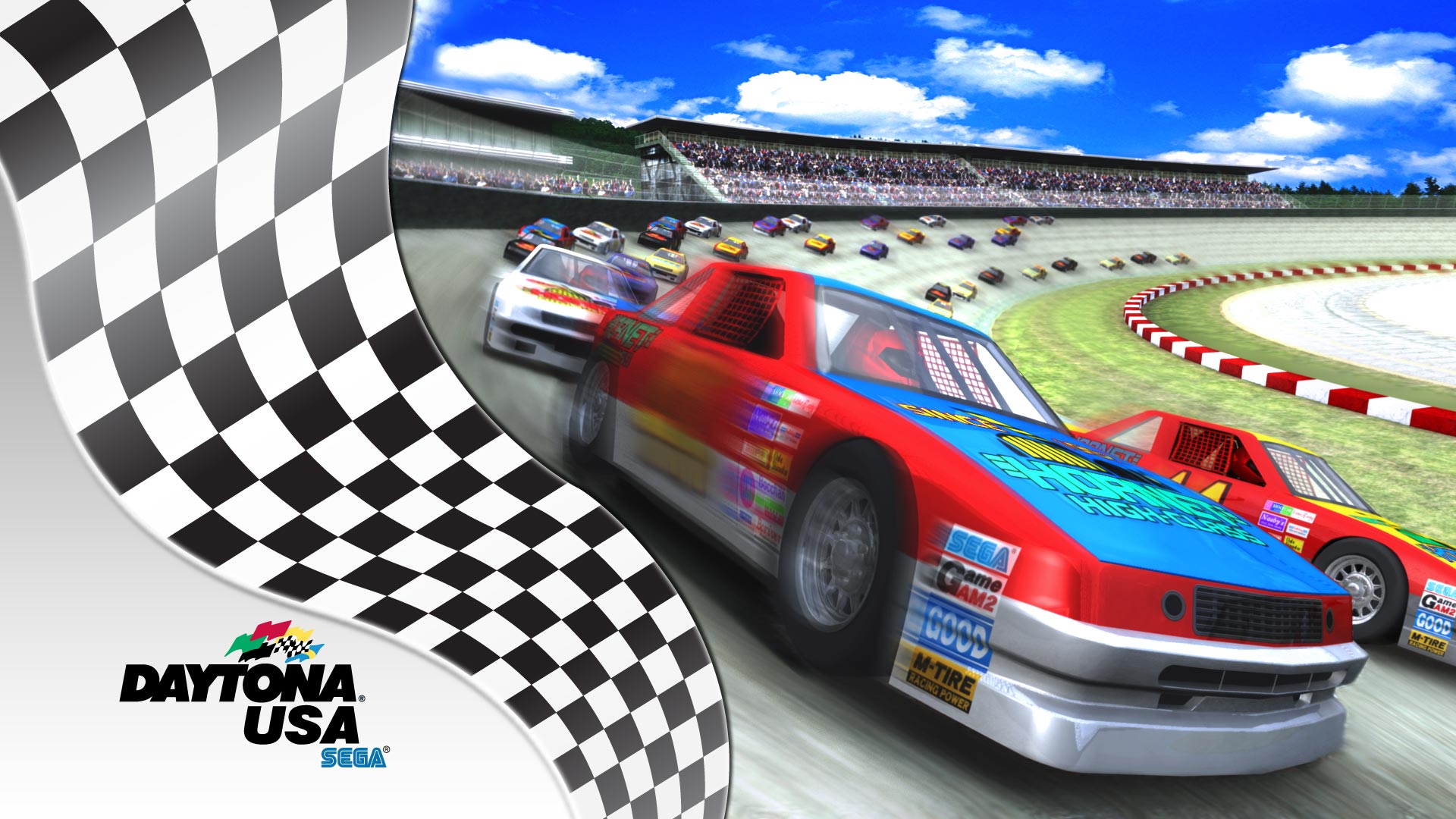 Big pileups were part and parcel of Daytona USA

Daytona USA was a classic example of a game being greater than the sum of its component parts, with the whole thing held together by addictive, slide-filled racing and impressively well rendered graphics. It was at its best when played in an arcade on a deliciously old school cabinet, ideally with a crew of mates on track at the same time, and you never quite knew who was destined to win until the very last corner of the last lap. It remains one of the highest grossing arcade games of all time, still looks half decent and is every bit as fun today as it was back in 1994. 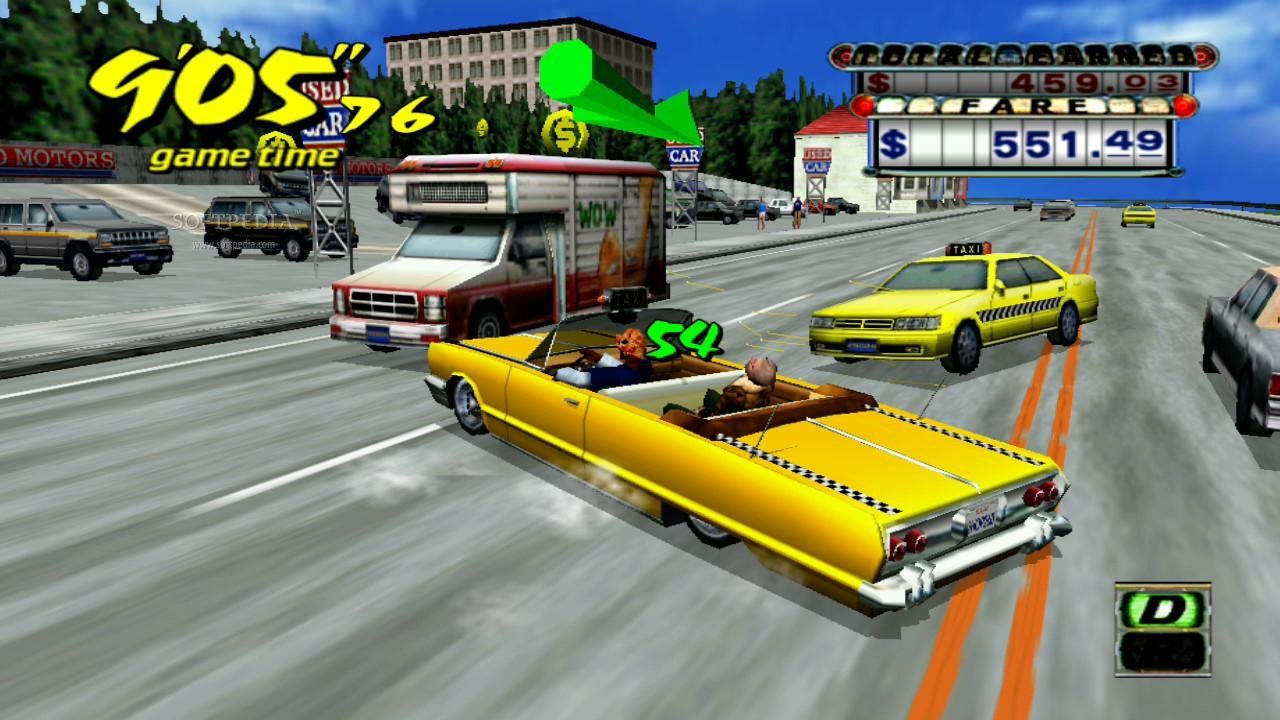 Another game that proved that a car game didn’t have to be serious in order to be worthwhile, and also that hooning about in a yellow cab could be just as much fun as a Ferrari. It helped that Crazy Taxi’s graphics were some of the best around at the time, and also that the designers to a great job of recreating San Francisco’s vertigo-inducing streets in digital form (though they definitely made the jumps and crests that bit higher). The icing on the cake? The ’90s as hell soundtrack which featured Bad Religion and The Offspring.

Top 5 Car Care Tips! – Lock in the shine during Lockdown