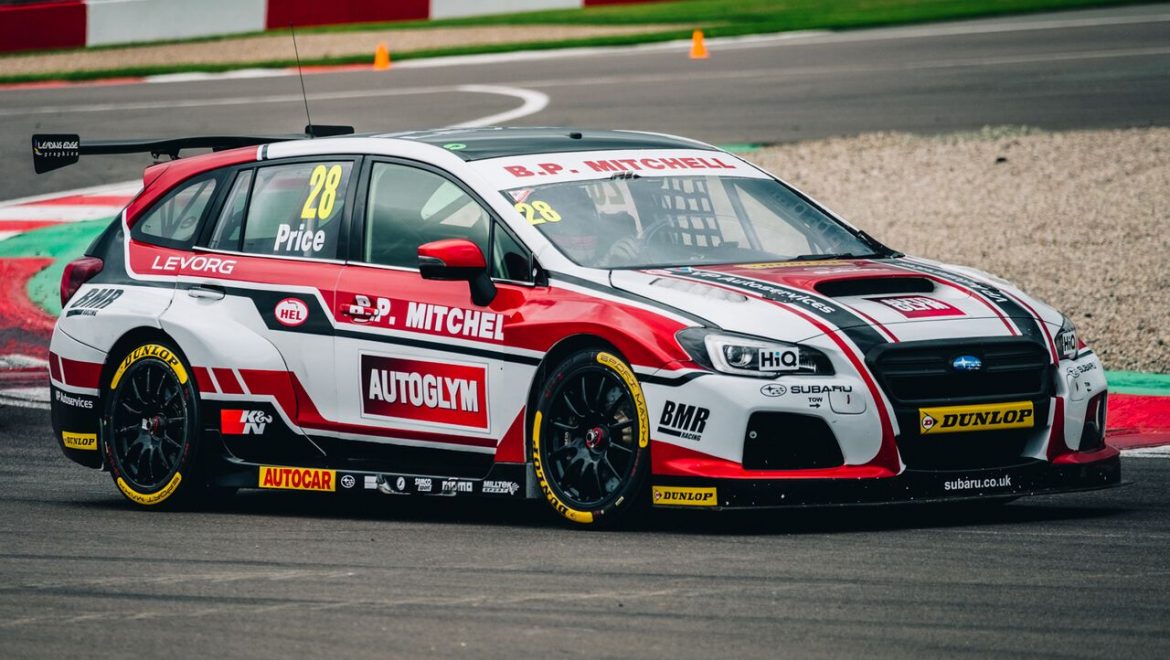 A mixed bag for those BTCC teams supported by Autoglym this weekend just past, with tough conditions and even tougher racing the hallmark of Donington Park’s trio of action-packed races

The second meeting of the 2018 British Touring Car Championship delivered an intoxicating mix of action both on and off the track, the cold, blustery conditions proving difficult to master for teams up and down the grid. Those outfits sporting Autoglym branding, and that’s a large percentage of the field, had a competitive showing interspaced with some heart-in-mouth off-track excursions, so sit back, grab a cup of tea and get up to date with the weekends’ action. 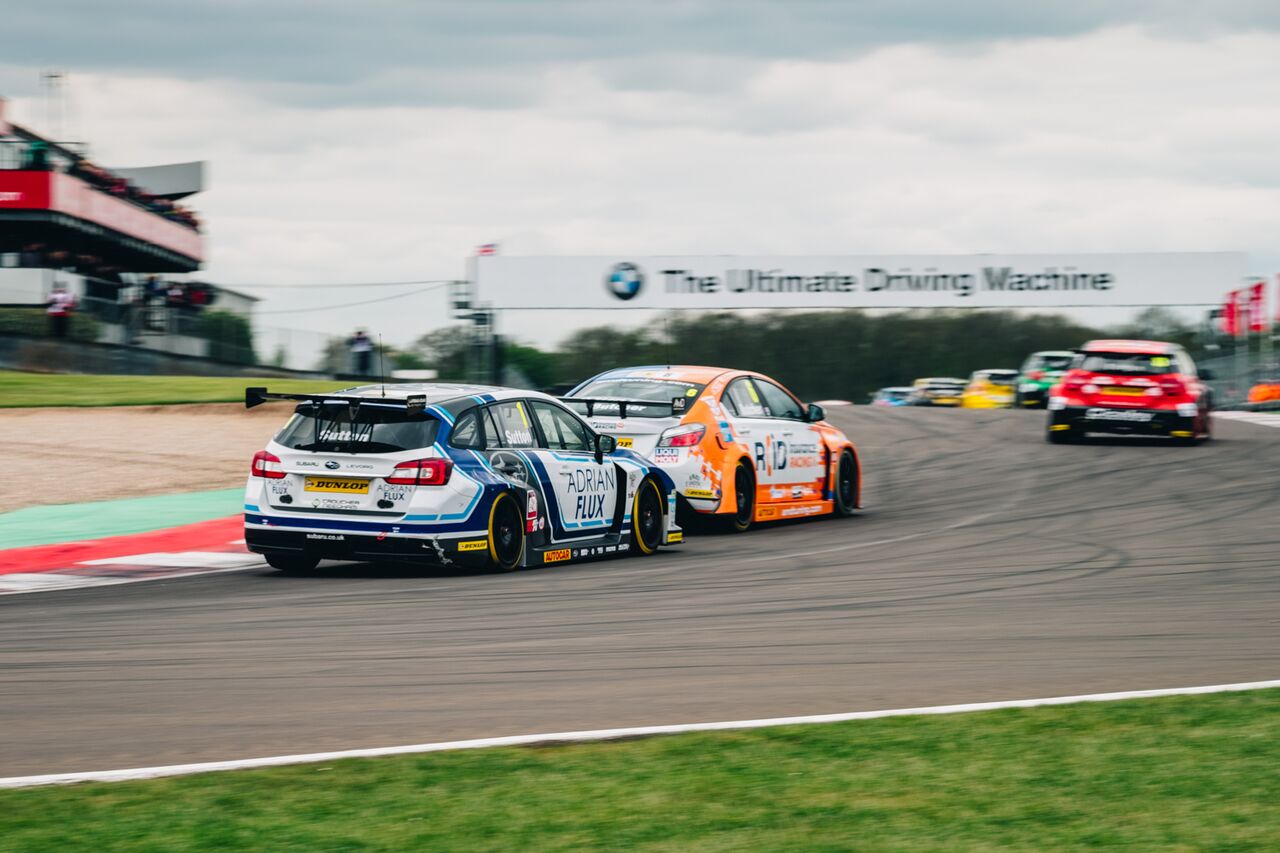 Team BMR’s attempt to retain control of the drivers’ title for Ash Sutton, not to mention wrest the makes’ crown from the grip of BMW, was dealt a blow on Saturday morning when the champion’s Subaru Levorg threw in the towel. Team BMR therefore undertook a manic swap, getting the dead boxer out out and replaced within the hour, meaning Sutton had (just) enough to set a time, one good enough for 22ndon the grid.

Poor qualifying place hampered all three Team BMR drivers in the first race of the weekend, Sutton leading the charge with a fine battling drive to 12th, with Jason Plato and Josh Price in 25thand 26threspectively. Another hard drive saw Sutton scoop more points thanks to 8thin the second race, a performance he capped off with a stunning rearguard action in Race 3, the incumbent champion holding onto 6thdespite being on harder tyres than all his rivals, in turn allowing him to cling onto 5thoverall in the title race. It might not have been a gilt, trophy-nabbing performance from Sutton, but it’s hard to deny that drives like this, ones which focus on grinding out points from poor starting positions, are the mark of a true tin-top great. 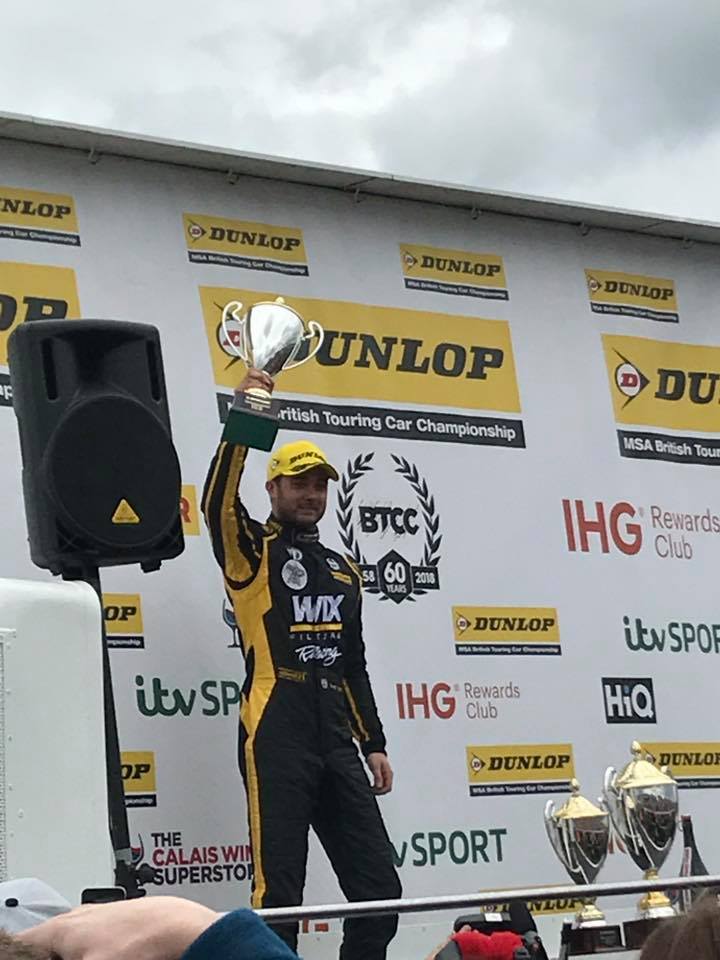 Jack Goff came to Donington Park holding second place in the drivers’ title hunt, and while the youngster couldn’t prevent himself being bumped down to 4th by Adam Morgan and Josh Cook, the Wix Racing with Eurotech driver remains well placed thanks to a trio of stirring performances at the Leicestershire track. 3rd place in the second race was the undoubted highlight for Goff, an important place and one which keeps him in the title reckoning.

Not to be outdone, Goff’s team mate Brett Smith rose to the occasion in first race of the weekend, the youngster at home in both the team’s Civic and the Donington circuit. Smith claimed a fantastic 4thin the opening race, followed it by 14thin race two and might well have scored points in race three, had he not been taken out in the opening lap chaos at Old Hairpin. 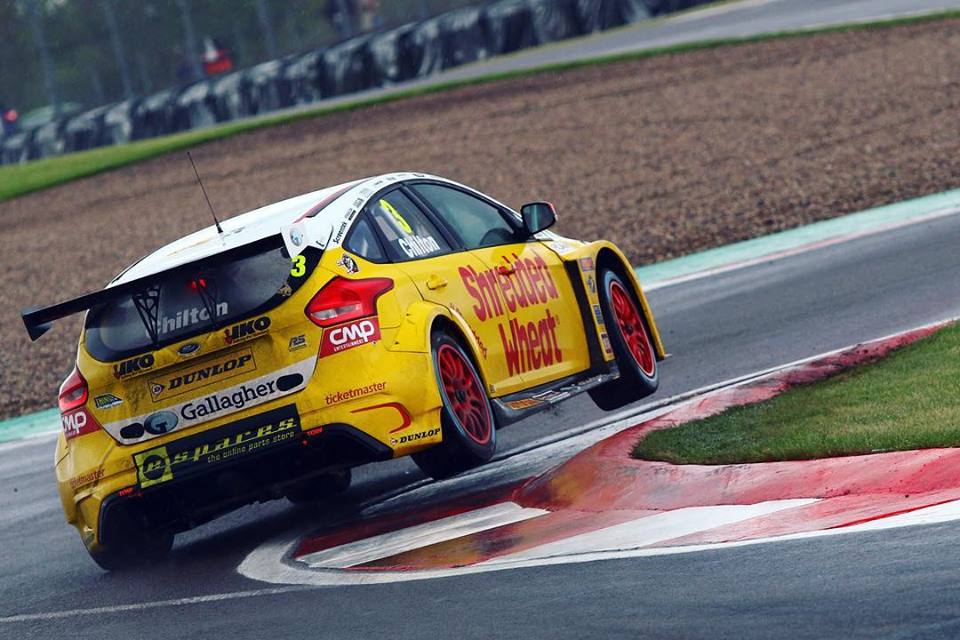 It would probably be fair to say that Tom Chilton, a touring car veteran in both the UK and Europe, was Team Shredded Wheat’s de facto leader before Donington Park, but James Cole’s performances in both race one and two served to send paddock eyebrows skyward! The ex-Subaru man drove to 5thand 6thposition respectively, bagging a solid haul of points in the process and showing that he’s an improving BTCC force. Cole might have added even more points in the final race, had he not also been caught out in the melee at the beginning. 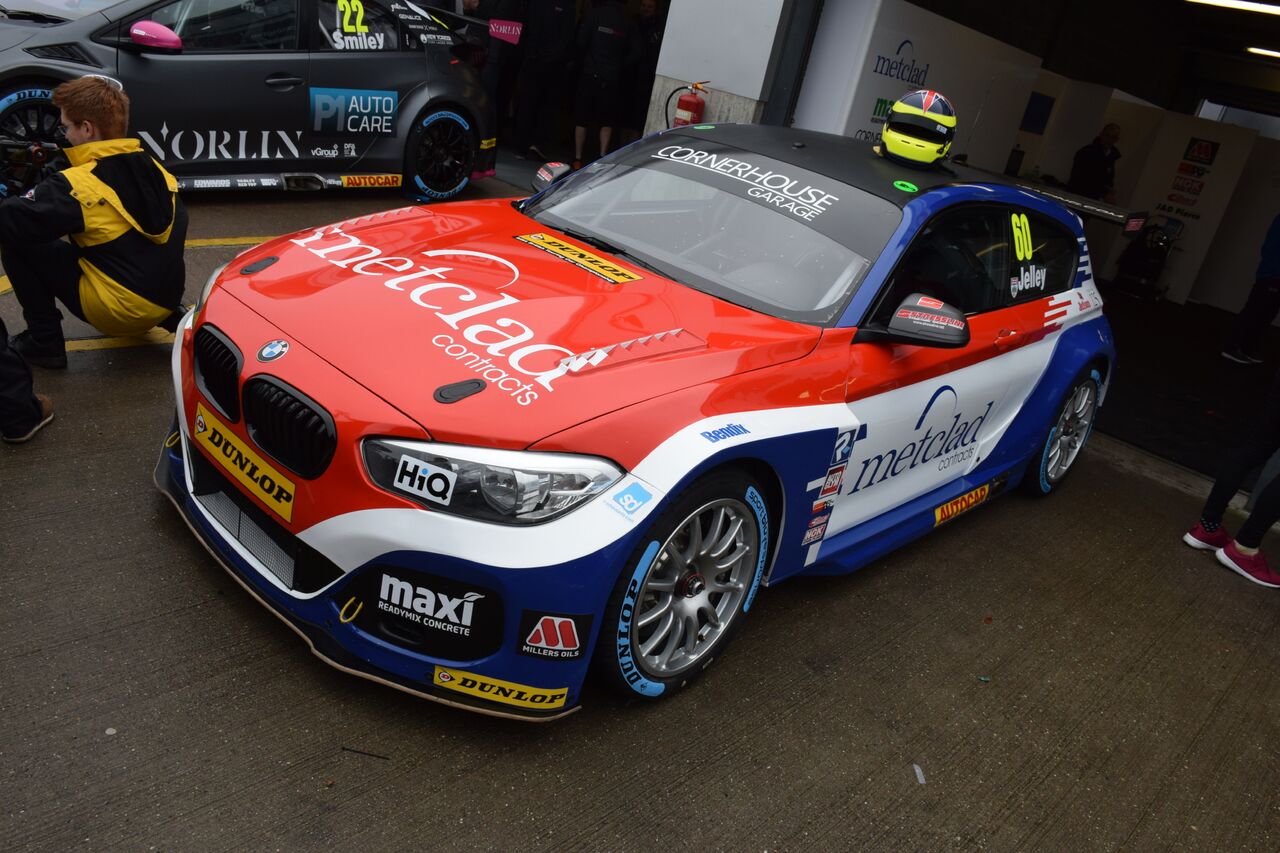 Stephen Jelley continues to improve as the season progresses, the ex-BTCC race winner getting to grips with the Donington circuit as the day wore on. 30th in race one was a poor reflection both both his pace and that of the Team Parker Racing BMW 125i M-Sport, but 19thand 17thin races two and three most certainly were. 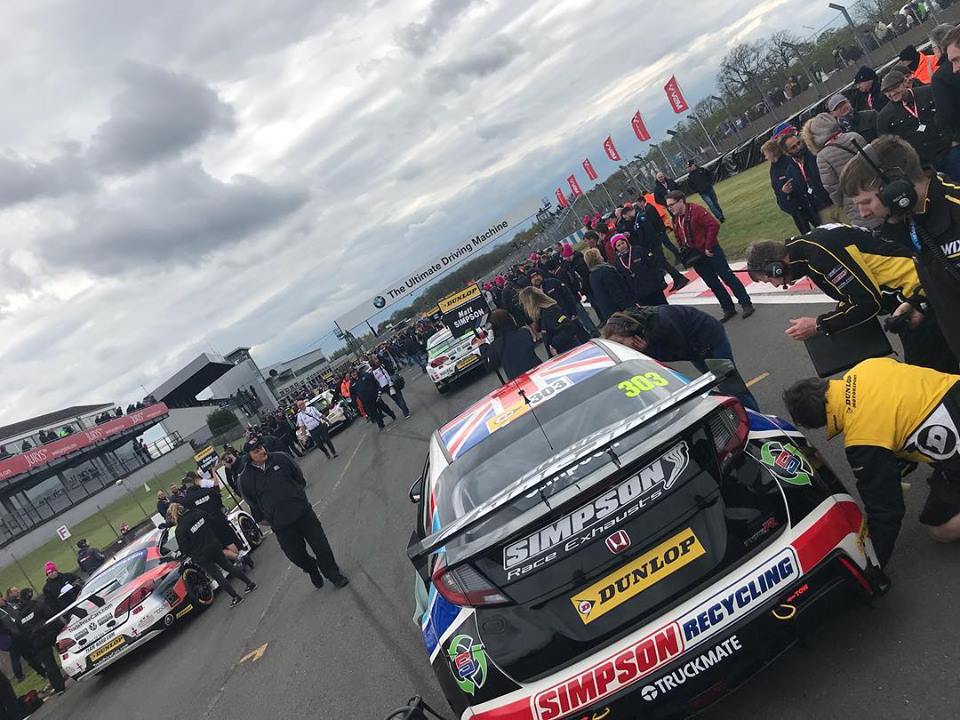 Matt Simpson had Donington pace by the bucket load and at times looked to be in line for a (deserved) strong result, but fate had other ideas. The ex-works Civic Type R spent much of Sunday mixing it with other, better funded entries, so it must have been a shame to only come away with a best result of 14thin the final race of the day. 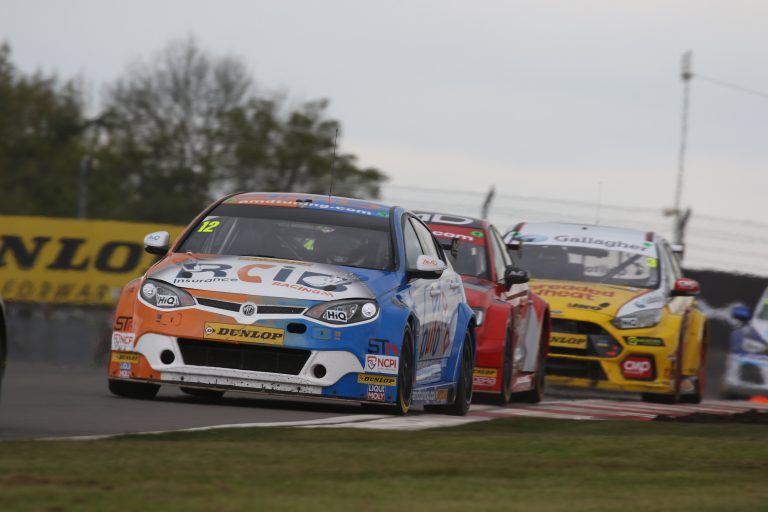 AmD enjoyed a competitive showing at the second weekend of the 2018 BTCC season, the MGs of Tom Boardman and Rory Butcher proving particularly at home at Donington Park. The former came home 16thin the opening race, the latter 9thand 13thin races two and three. AmD’s other drivers, Ollie Jackson and Sam Smelt, were less competitive in their Audi S3s yet showed signs of improving pace, crucially important at this point in the season.