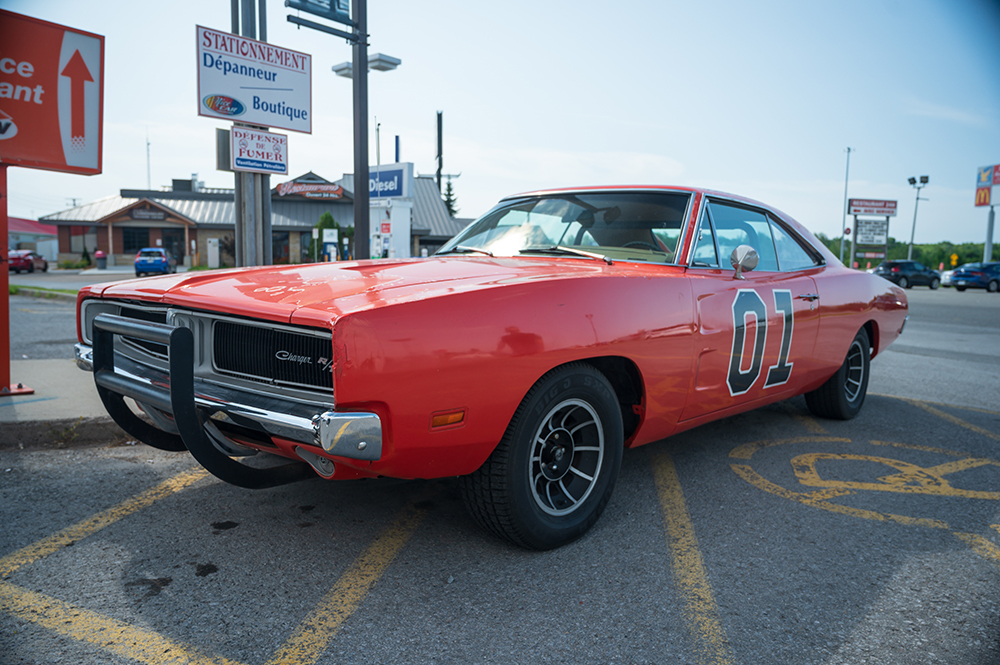 Many of us have childhood TV shows and films to blame for our all consuming love of cars, and the impact that these machines can have on our individual tastes and preferences should not be underestimated. Even more impressively, some automotive film stars have gone on to become fully paid up cultural icons in their own right, stepping out from under the petrolhead umbrella and into the mainstream, so much so that the average man or woman in the street can identify and wax lyrical about them! Powerful things, film and TV cars.

With the above in mind, we sent Shaun B out to collate a list of the Greatest Film And TV Star Cars, and this is what he came up with. Of course it goes without saying that he’s missed out a few (there have been many hundreds of notable small and big screen appearances by cars over the years), so make sure you let him know in the comments section.

The first of many American sports cars in this list, KITT (Knight Industries Two Thousand, just in case you didn’t know) was a computerised, artificially intelligent Pontiac Trans Am. Hailing from the ’80s and being based around then new and cutting edge technology, KITT wasn’t exactly short on kit or indeed flashing lights, and an episode would seldom pass without David Hasselhoff executing a suitably over the top car chase, normally featuring scattered boxes and smashed street carts! KITT (and for a short period of time, The Hoff) was almost impossibly cool, so much so that it spawned countless replicas and homages, many of them still going strong. 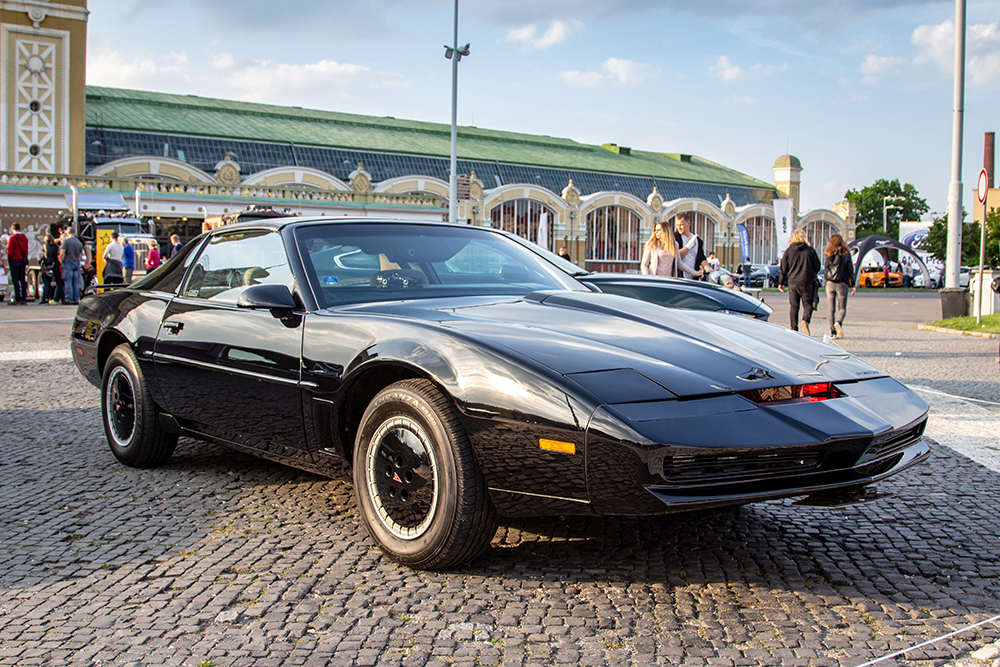 2) Toyota Supra Turbo, The Fast And The Furious

The passage of time has served to date certain elements of this car – the tribal vinyls in particular, but the Fast And The Furious Toyota Supra remains one of the most iconic film cars of the 21st century. Owned and raced in the film by Paul Walker’s character Brian O’Conner, the Supra replaced his Mitsubishi Eclipse and instantly made a massive impact on film audiences around the world – including myself! It’s no exaggeration to suggest that this big, brash 2JZ-powered missile played a massive role in the explosion in modified car culture which followed the film. 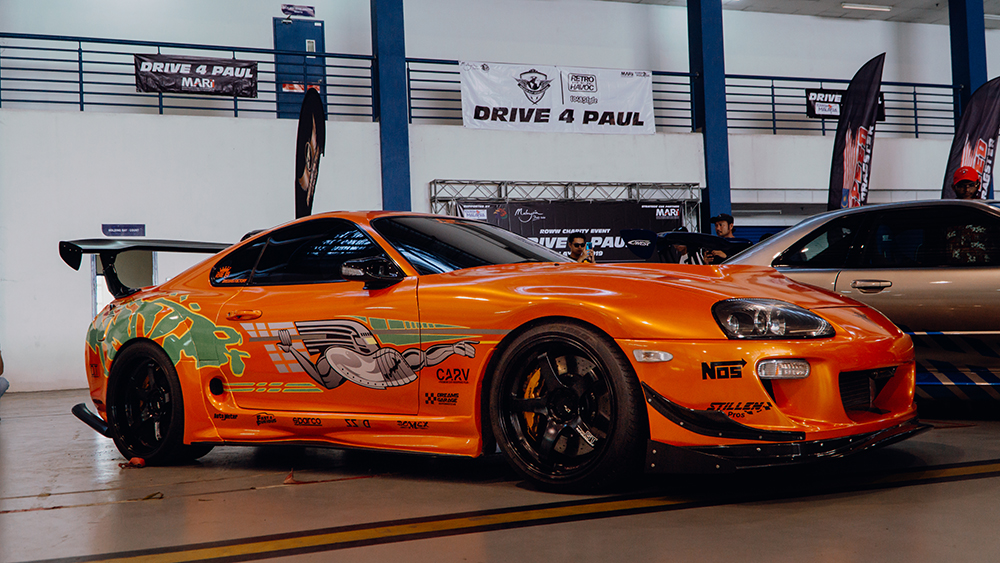 3) Dodge Charger, The Dukes Of Hazard

The Dodge Charger has starred in countless TV shows and films over the years but its role in the Dukes of Hazard, a TV staple on both sides of the pond in the early ’80s, remains its finest hour. The series starred Bo and Luke Duke and their Dodge Charger, the General Lee, and barely an episode passed without said brothers jumping the Lee through a barn, over a river or past a police Plymouth Fury. It says a lot that though not exactly common in the UK, if you do see a Charger on this side of the pond there’s a very good chance it’ll be sporting a confederate flag on its roof.

Admit it, you can almost hear the theme tune right now, can’t you? Few films can claim to have left as much of an impression on the film going public as The Italian Job, and the quirky little bouillon movie has since gone on to become a small but significant part of British culture. It isn’t hard to see why the Mini was a good choice for a British film about a band of plucky Brits conducting a heist against all the odds, though it also no doubt helped that the Italian Job was made in 1969, the high water mark of cool Britain and ‘Swinging London,’ and just before the British motor industry well and truly lost its way.

It’s worth noting that BMC weren’t too excited by the idea of the film and didn’t exactly go outof their way to help the producers, donating only a handful of Minis to the cause and forcing the crew to buy the rest outright. Fiat were far more accommodating, even going so far as to offer the team a large sum of money and as many specially prepared cars as they wanted, though accepting would’ve meant replacing the Minis. 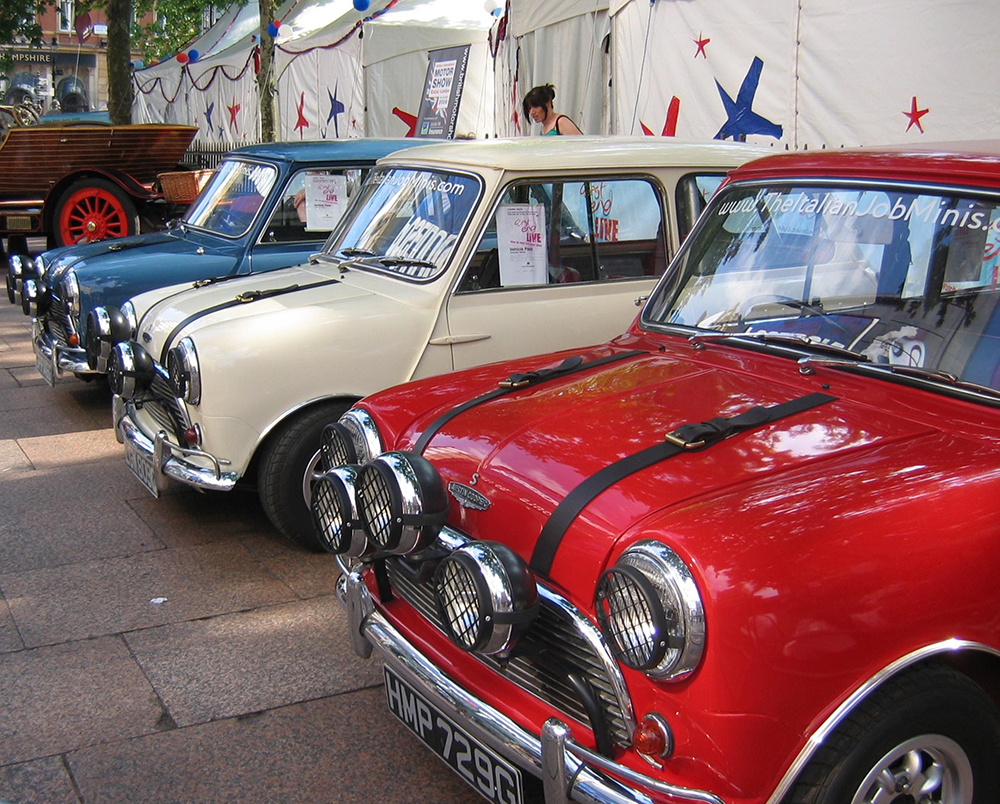 ‘The Last Of The V8s’ was actually a modified ’73 Ford Falcon XB, an Aussie muscle car with appropriately apocalyptic black paint, side exit exhausts and a blown V8 poking through the bonnet. In this guise the car captured the imagination of an entire generation of ’80s petrolheads, probably because it looked so mean as to be genuinely scary! The custom front end boasted a nose cone and air damn designed by Arcadipane, while the addition of a Weiand supercharger meant that a suitably menacing forced induction screech was only ever a stab of the throttle away. The only fly in the ointment? Said supercharger was fake, controlled via a button in the cabin and there for show only. 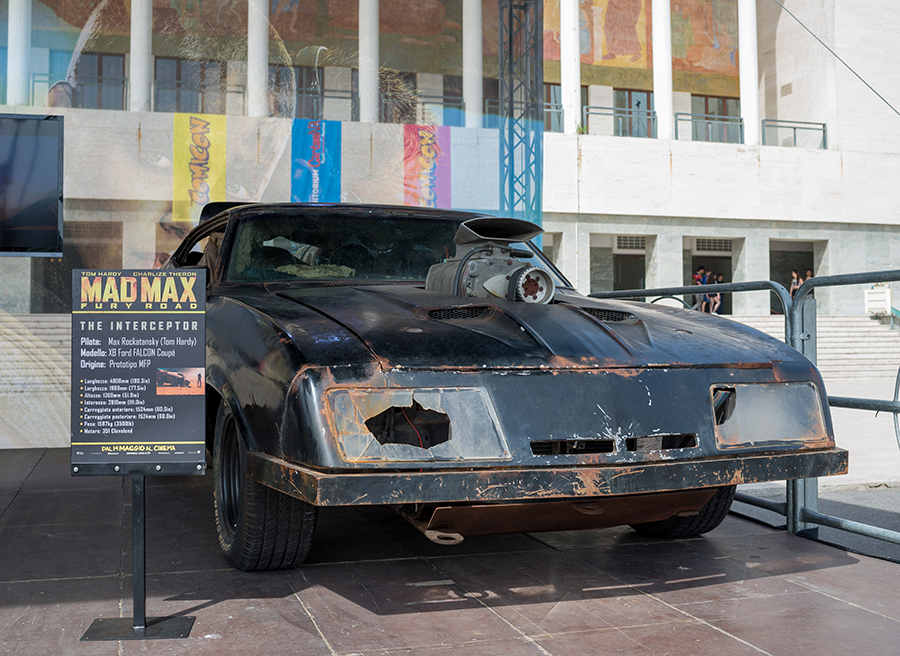 It probably won’t have escaped your attention that the majority of cars on this list are American and powered by V8s, but Herbie, a 1963 VW Beetle, is every bit as iconic and, in our book at least, very nearly as cool. Herbie starred in numerous capers over the years and became involved in more than his fair share of scrapes, most notably a mediaeval style jousting match! The films also make it abundantly clear that Herbie is sentient and wholly capable of driving himself, a trait that easily makes him the oddest, most unnerving entry on this rundown. 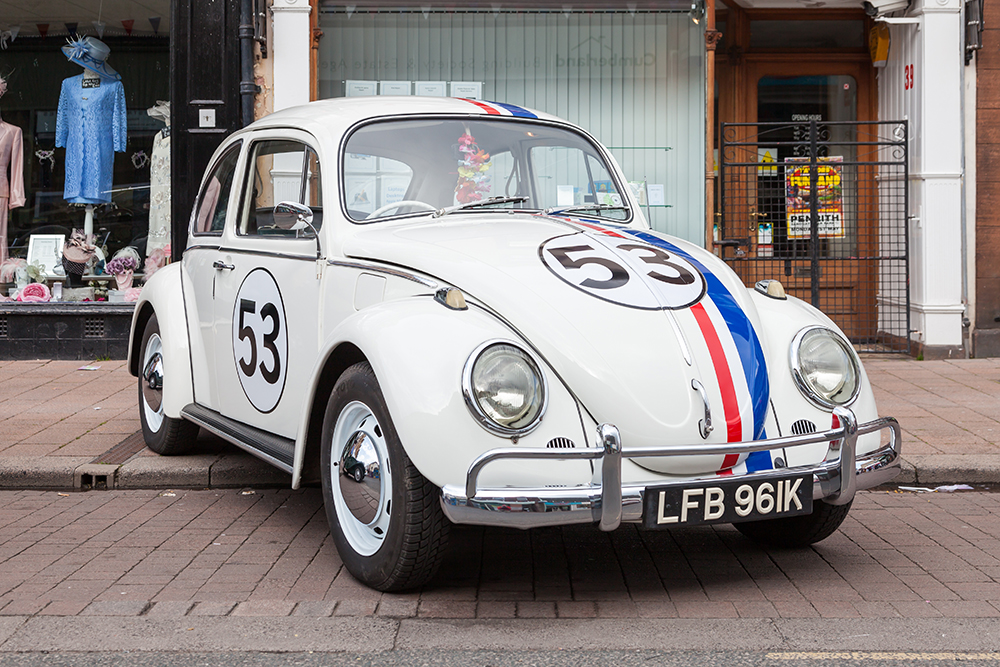 7) DMC DeLorean, Back To The Future

The DeLorean is easily one of the most iconic movie cars of all time, which makes the wider story and eventual demise of the DMCompany all the sadder. Still, its starring role in Back to the Future will ensure that it will forever be remembered as a futuristic tech wedge, albeit one that struggled to pull away from a bunch of AK47-wielding terrorists in the back of a VW ‘Bay window’ bus! There were actually 6 different DeLoreans used in the Back To The Future franchise, plus another fiberglass mock-up used for the ‘flying’ scenes. It’s just a shame that the regular, road going DMC never quite had the performance of its time traveling relation, and we can probably blame Renault’s archaic V6 for that. 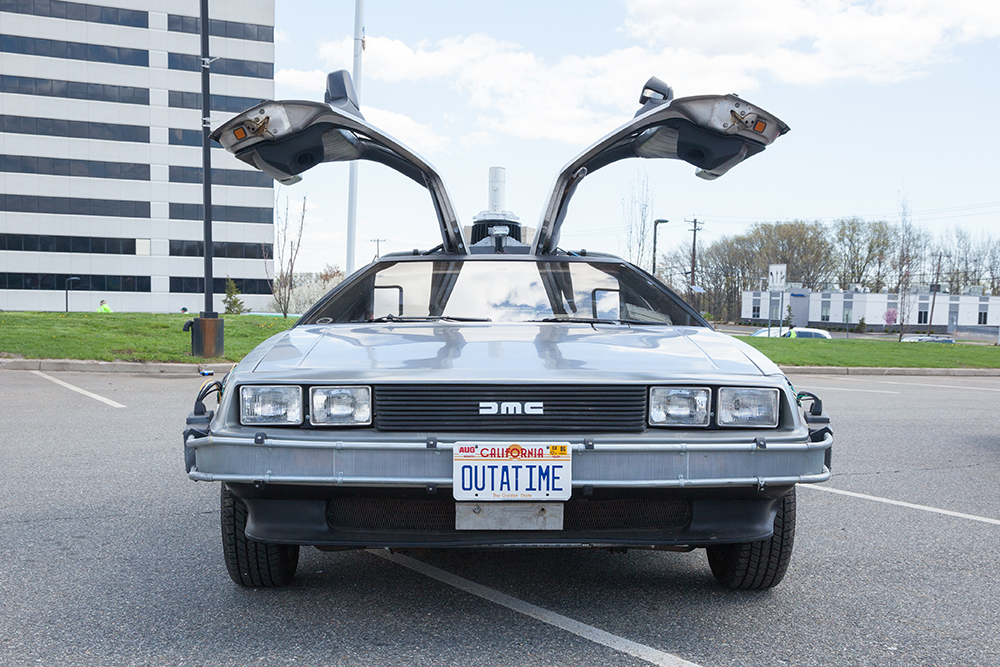 The image of Steve McQueen sliding the Bullitt Mustang through the streets of downtown San Francisco is easily one of the best known in cinema history, so of course the car deserves a spot on this list. The scene itself might be iconic but it’s also surprisingly minimalist, certainly to anyone raised on modern, Michael Bay-sponsored chases! You could argue that this is for the better as there are no over the top explosions or ridiculous CGI to distract you, just a kickass muscle car being hustled through some amazing city streets by one of the coolest people to ever walk the earth. 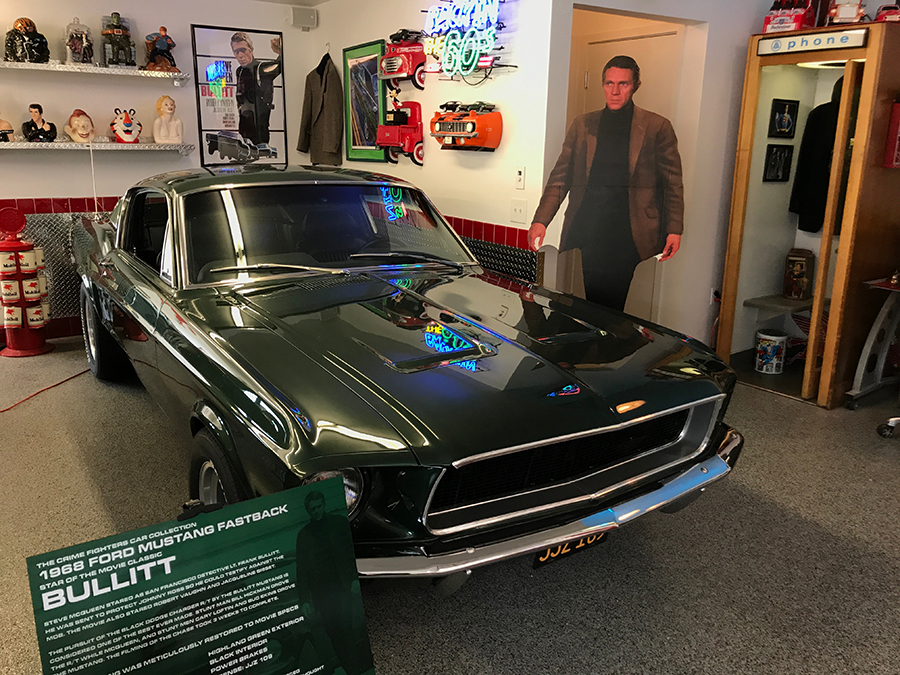 If ever there was a film held together by the impact of the car starring in it, it’s Vanishing Point. Let’s face it, the plot isn’t exactly the most complex if indeed engaging: Kowalski merely has to deliver said car from Denver, Colorado to San Francisco in as little time as possible, and that’s pretty much it – Deception it most certainly ain’t! Yet Vanishing Point has gone down in big screen history as one of the great car films, one that pays homage to the American Dream (which was in its death throes at the time), and it’s all down to the choice of car, the Dodge Challenger R/T. It really doesn’t matter that the plot isn’t up to much, petrolheads of all ages and tastes love Vanishing Point for making the car the star. Just don’t mention the ghastly ’90s remake…

It might not have been credited as such, but the ex-Cook County Police Department Dodge Monaco used by Jake and Elwood Blues was swiftly christened The Blues-mobile, and went on to play a starring role in the film. Insane, gravity defying stunts were very much the order the day, along with one of the most comically over the top car chases ever filmed, and countless one liners, quotes and gaffes. It might not be quite as iconic as the likes of the General Lee, but the Blues-mobile has become a cult automotive hero, meaning there’s one last thing to say: ‘There’s 106 miles to Chicago, we’ve got a full tank of gas, half a pack of cigarettes, it’s dark out, and we’re wearing sunglasses. Hit it!’ 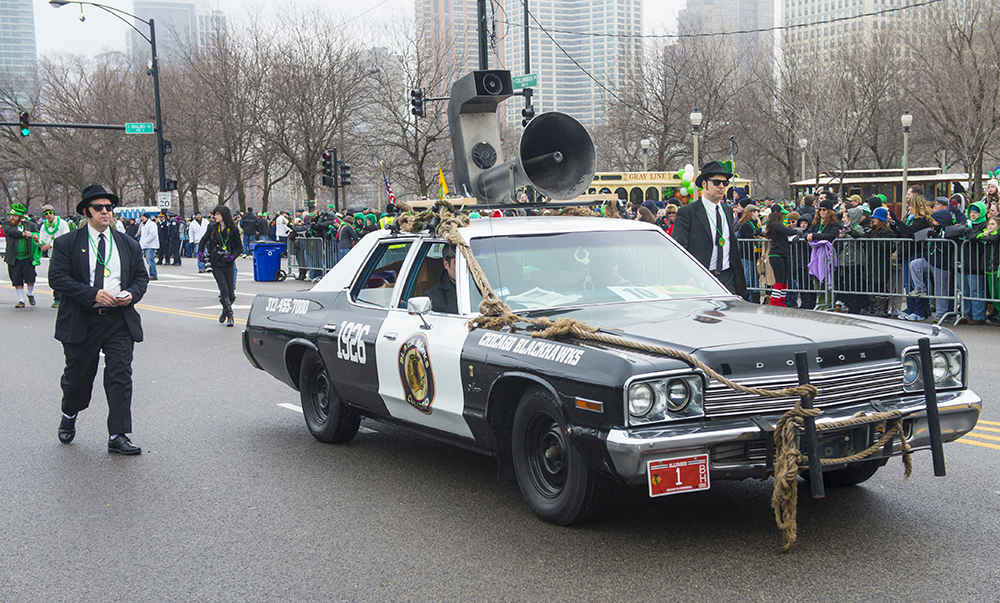