Lights Out! Autoglym Teams in the 2021 BTCC 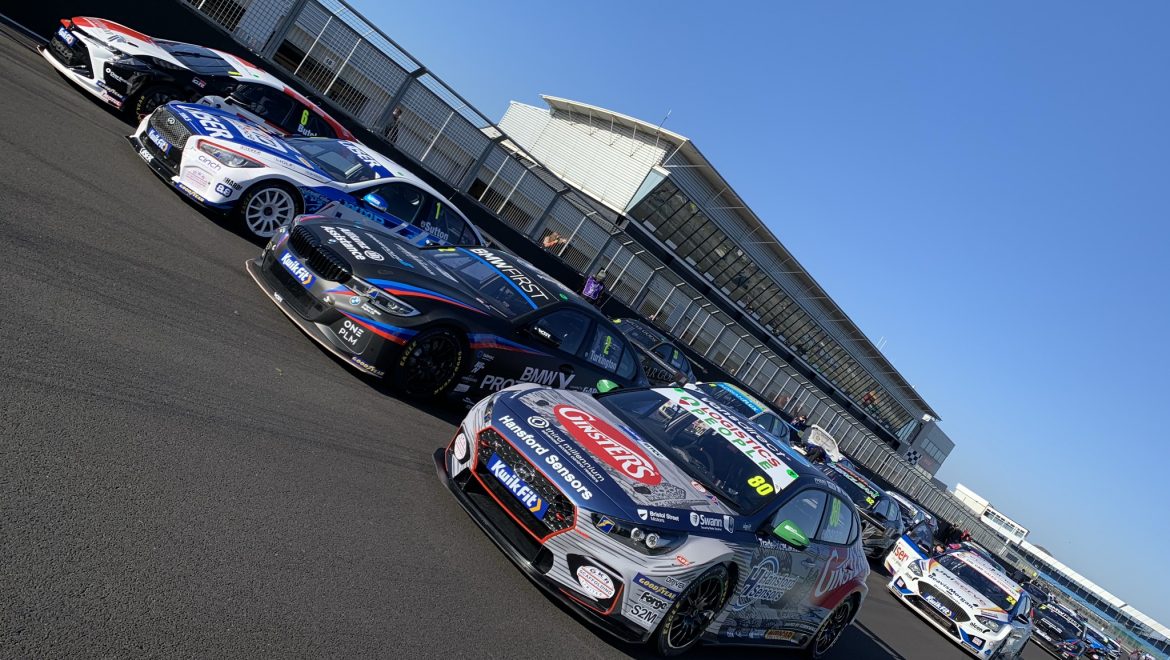 For many other race fans out there, this year’s BTCC is already looking like it could be one of the best years yet. Plenty of established champions flexing their race-winning muscles, and an impressive gaggle of talented rookies and young chargers to give the old guard a run for their money! Textbook touring car narrative? It certainly looks like it’s going to play out that way…

As you might imagine, we’re all very excited about that. Not only are we a company packed full of race fans (and racers!), from our CEO Paul Caller all the way through our talented team based in Letchworth. For many of us, there’s simply no better way to spend a Sunday.

We’re not just ardent supporters, of course. For nearly 20 years now, we’re also honoured to have played a small but significant part in the sport. As well as making sure those front running teams have cars that wouldn’t look out of place in a showroom, we’ve also put our money where our mouth is in other areas, too. As a brand, we’ve always felt that we should give back to any part of the industry that helps us to test and develop new products, so naturally, the BTCC gives us all of that – and more!

Starting with the teams, we’re always immensely proud to see how the cars roll out on media day and at the start of each race, knowing that it’s partly down to our products as to why they look so good. Making a new car look good isn’t that too hard, of course, but where our lab boffins get really excited is in seeing how the teams use the products to get the cars clean between races. Nothing tests a wheel cleaner like one that has to remove baked on brake dust that was literally red hot in the last session, and as for trying to get bodywork looking good that’s covered with rubber, bugs and the ‘love scuffs’ of a mid-corner battle. I think it’s fair to say that if it works there, it’s going to eclipse many lab test we might be able to devise for that product. Testing in the white-hot heat of the fray is what BTCC is all about for us. 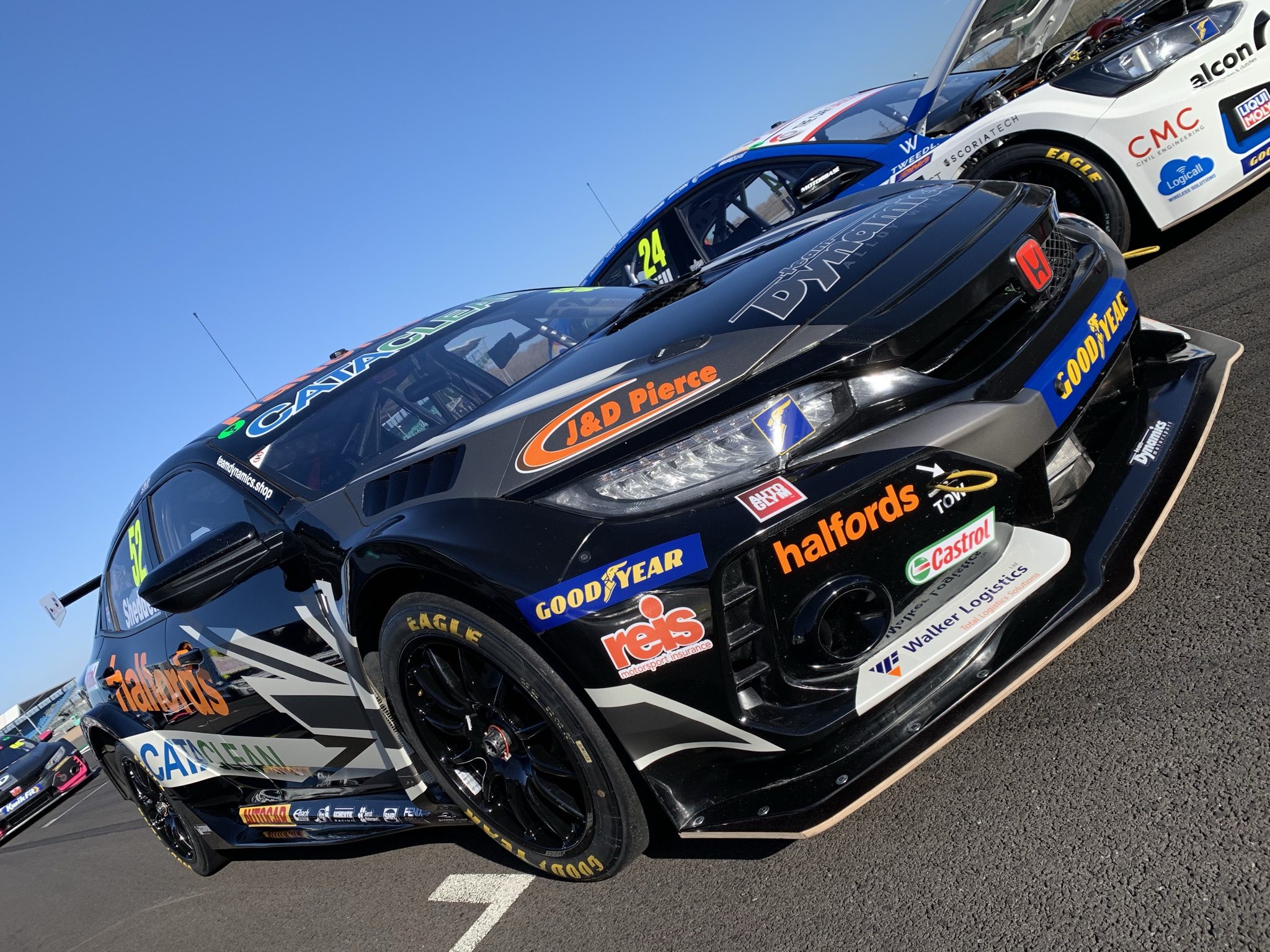 This season, we’re delighted to be partnering some stellar teams and wonderful drivers. Team Dynamics will need little introduction to anyone who’s followed the sport for a few years. With previous Champion, Gordon ‘Flash’ Shedden back behind the wheel, and BTCC newcomer Daniel Rowbottom alongside, it would be a brave fan that wouldn’t have a little flutter on seeing the Civic at least in the podium points very early on. There’s some considerable experience in that garage! 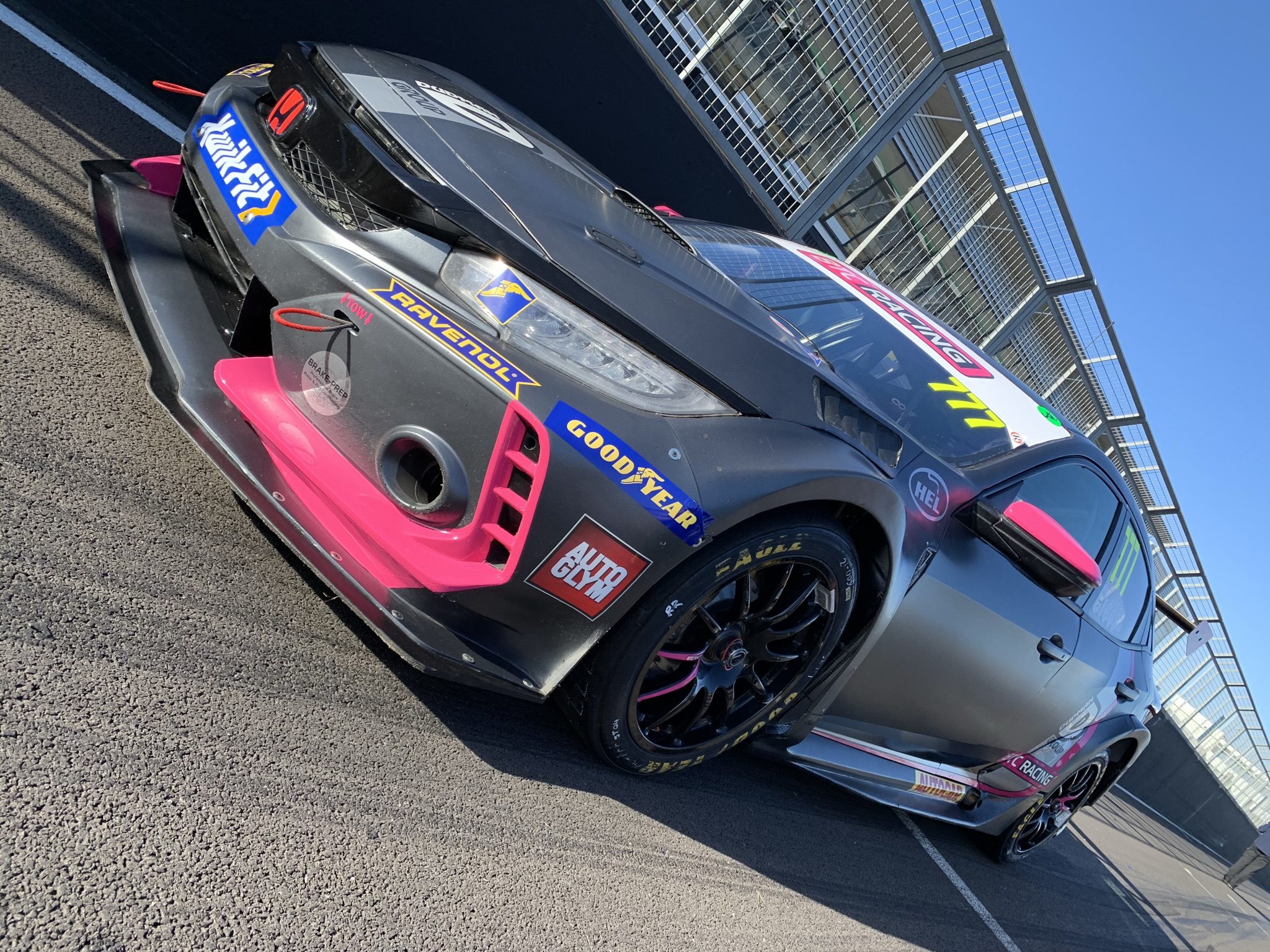 Keeping it Honda, we’re delighted to be partnering with BTC Racing for 2021. With a three-car entry, and the experienced Josh Cook on the team, don’t expect the established players to have an easy ride. After an impressive debut last year, it’s also wonderful to see ex-Clio star Jade Edwards saddling up for this year with Michael Crees also expected to do great things. 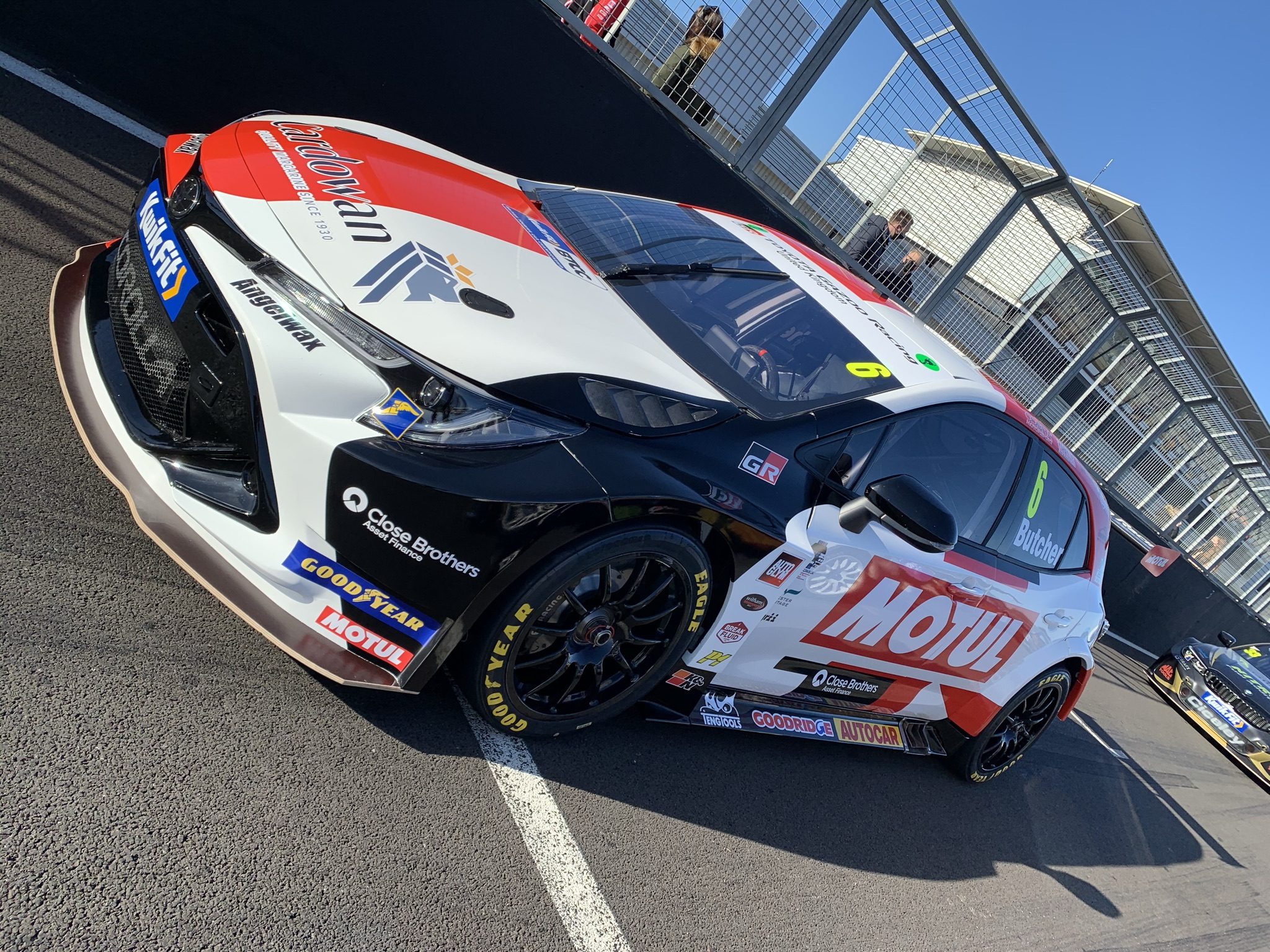 Speedworks had a superb 2020 season, and the team’s two new Toyotas look to build on that success for ’21. Now branded as Toyota Gazoo Racing UK, and featuring the prodigious talents of Rory Butcher and Sam Smelt, expect to see the Corollas in the mix on the lap charts from the very first race. 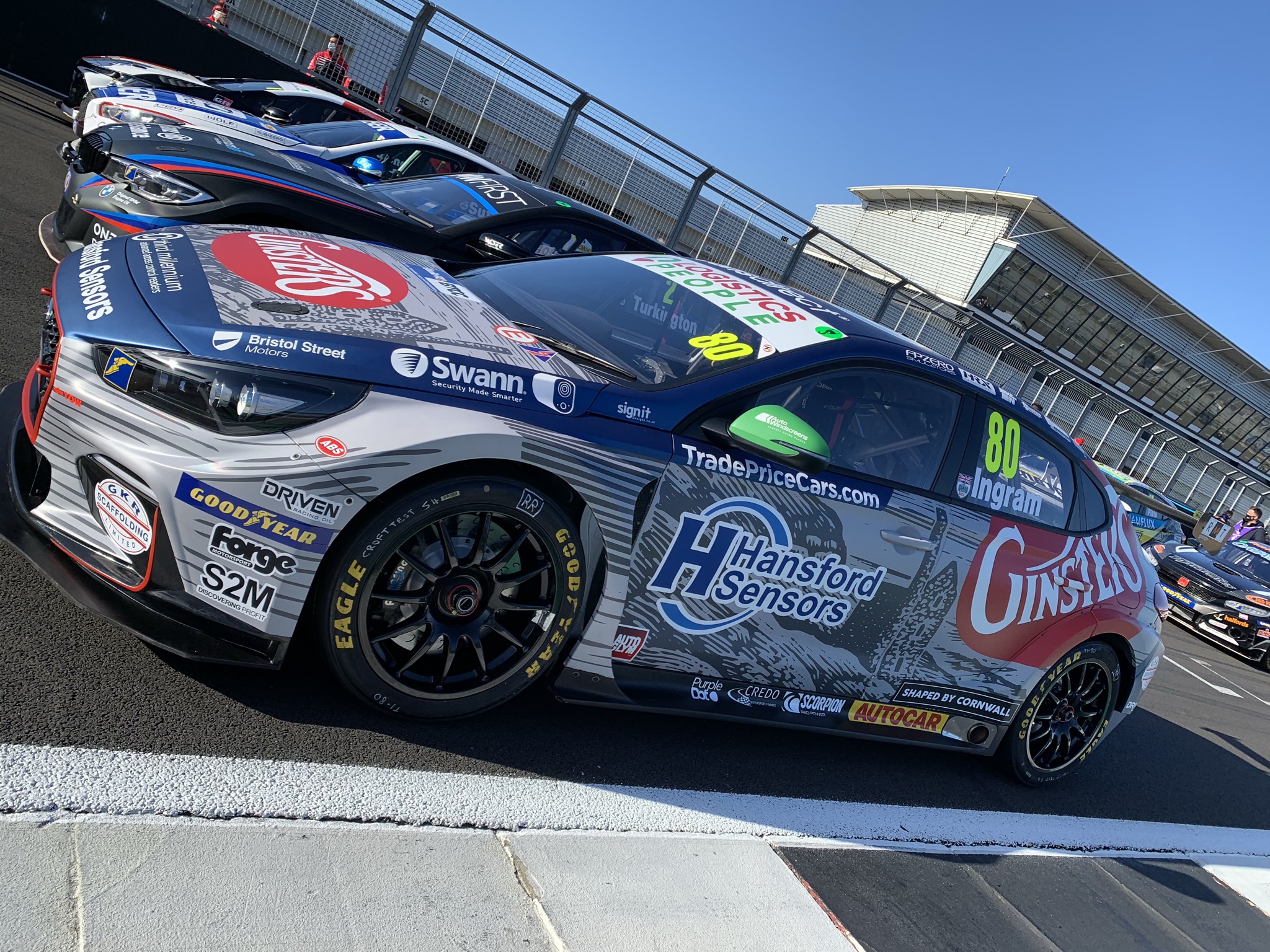 Our final team is Excelr8 Trade Price Cars, campaigning the superb looking Hyundai i30N. This car was really starting to find form at the end of the 2020 season, and many are expecting the team to be able to turn up the wick this year. Tom Ingram has already shown that he knows how to lead – and win – many races, following some superb performances in the Toyota last year, and with Jack Butel, Rick Parfitt Jnr and Chris Smiley rounding off the team, we’re confident that we’re on some exceptionally competitive machinery this season.

The BTCC circus will be visiting all of its usual haunts, from old favourites like Brands Hatch (in both Indy and GP formats) and Donington, through to crowd-pleasers like Oulton Park and Croft, as well as foot-to-the-floor high speed circuits like Silverstone and Thruxton. In short, we’re all champing at the bit for the first round on the 8th and 9th May at Thruxton. 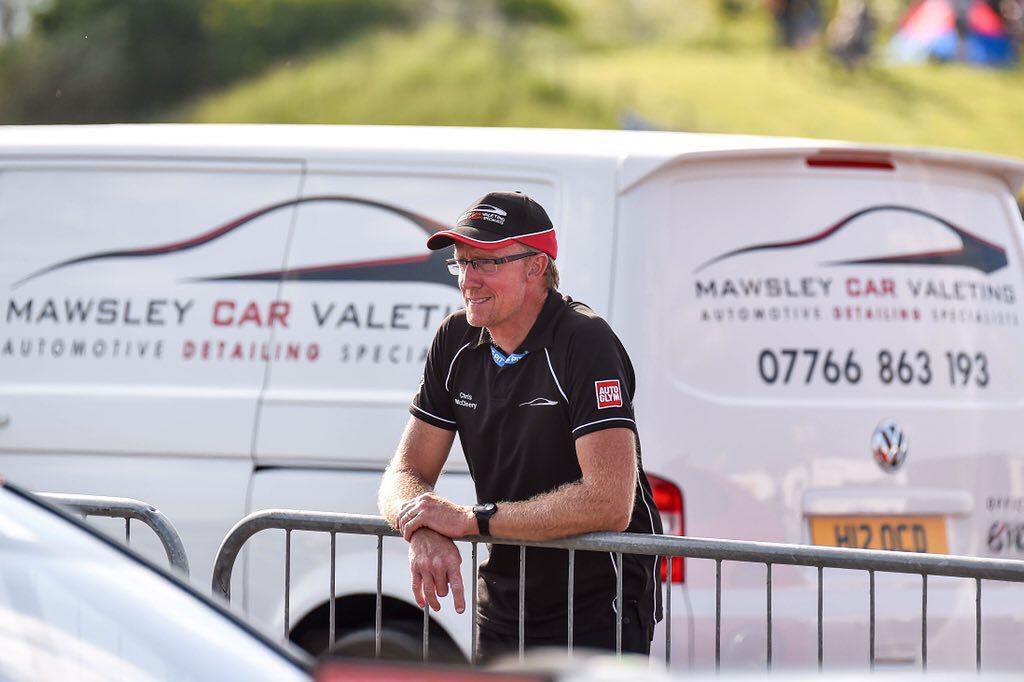 The other reason why so many key cars look so smart at BTCC rounds is down to a great friend of the Autoglym family, Chris McLeery. You’ll have seen Chris in some of our Youtube videos, and as Official Valeter to the BTCC, Chris is responsible for keeping many VIPs cars and support vehicles clean with Autoglym. A wonderfully talented, yet humble chap, he’s always great to talk to on race day! If you can get him to sit still for 5 minutes, that is… 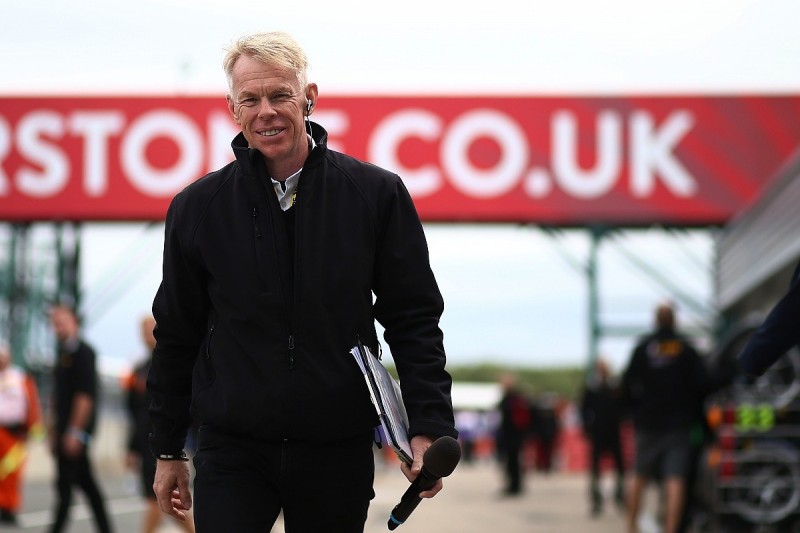 As a final hat-tip to our favourite ‘Tin-Top’ racing, we’re also continuing with our support of ‘Tintop Tuesday’ – a simply wonderful podcast and race round-up that goes out the Tuesday after each BTCC meeting, hosted by the inimitable Alan Hyde. Catch up here on all of your race analysis, gossip, tips and interviews. It’s just what you need when you simply can’t get enough of your racing fix.

Commenting about the doubtless exciting year ahead, Autoglym CEO Paul Caller said, ‘Being a part of the BTCC is always a given for us. It offers the most wonderful racing in the UK, with so many great characters, teams and cars. We’re also immensely proud to support many teams in the support races like the Mini Challenge and Carrera Cup. Sponsoring these activities allows us to give something back to the sport we love, while testing new products in the ultimate extreme environment. Besides, can you think of a better way to spend your Sundays?’

Matt Neal, Triple BTCC Champion and now the mentor and team leader for the ever-successful Team Dynamics said, ‘The partnership of Autoglym has always been very much appreciated by all the teams they support. Presentation is a big part of success in BTCC, not just in keeping sponsors and brands happy, which is vital, but as a driver, if your car looks good on the grid, that’s got to be worth a tenth or two. BTCC has always been as much about entertaining the crowd as much as the racing itself, and beautifully presented cars are all a part of the show.’

That’s why we’re all so excited for this season to begin. For us, BTCC will always be the best entertainment on the box, and hopefully, later in the year, we’ll be able to go back in person and soak up the atmosphere trackside.

Keep an eye out for those stickers, and join us in wishing all Autoglym teams well in what looks like one of the best seasons yet. 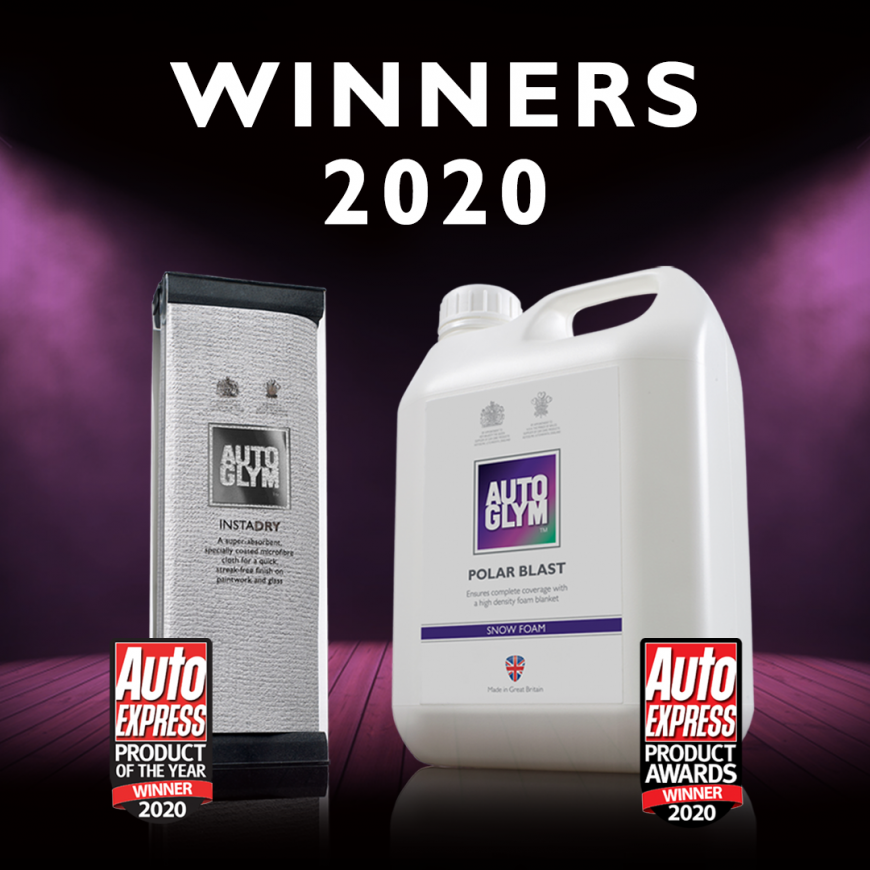 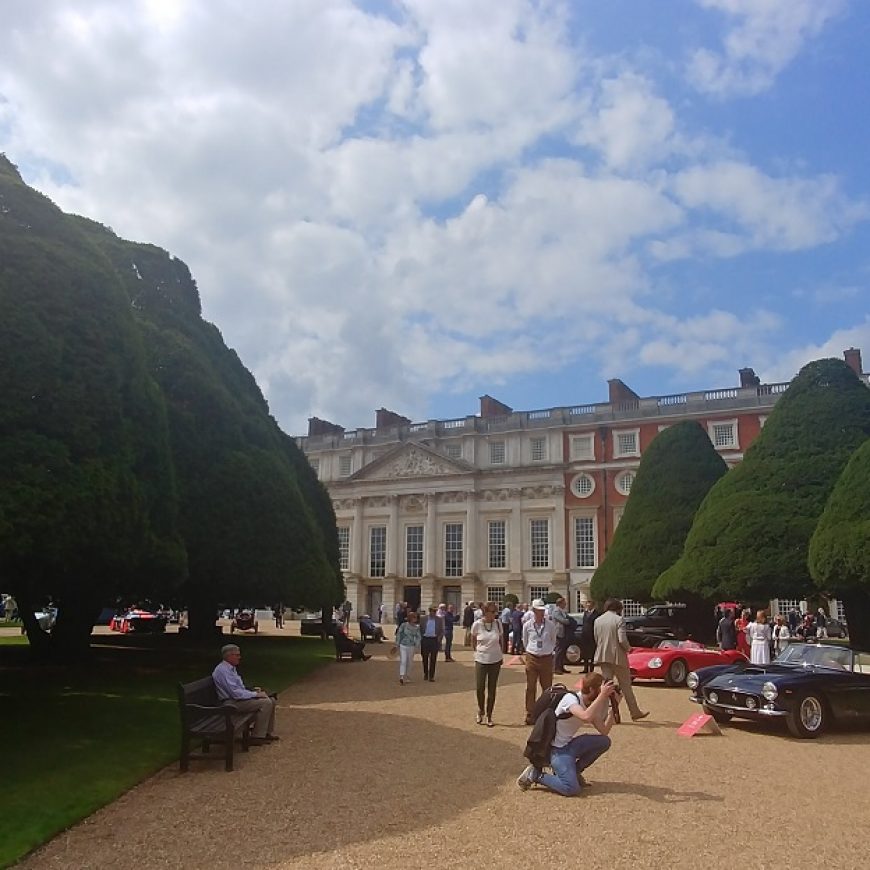