The 15 Most Iconic Car Colours 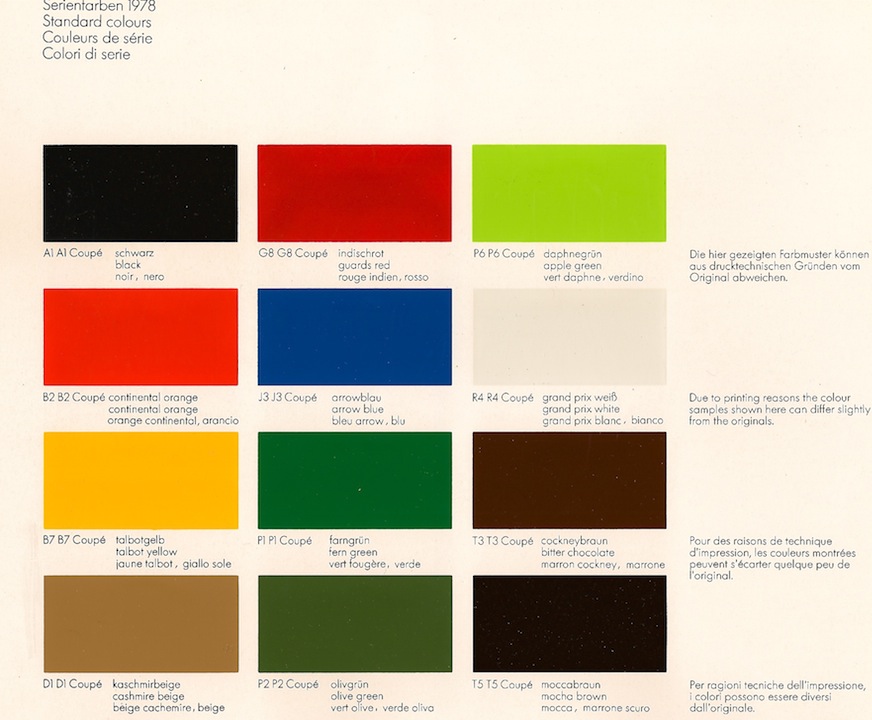 Automotive paintwork is, on the face of it at least, a relatively simple affair; you simply pick the one which you like best, care for it effectively (something which we at Autoglym are more than capable of helping out with), and bask in just how well it suits your car. Thing is, over the years there have been many, many different car and colour combinations, a select few of which have gone onto become full blown automotive icons, shorthand for the car manufacturer that created them – we’re looking at you Ferrari Rosso Corsa!

While not many (if any) colours can claim to hold a candle to the likes of Maranello’s finest creation, there are a number of hues which have passed into automotive pop culture, and these are the shades we’re covering here; the colours you’d be insane to overlook if you’re in the market for the car in question. 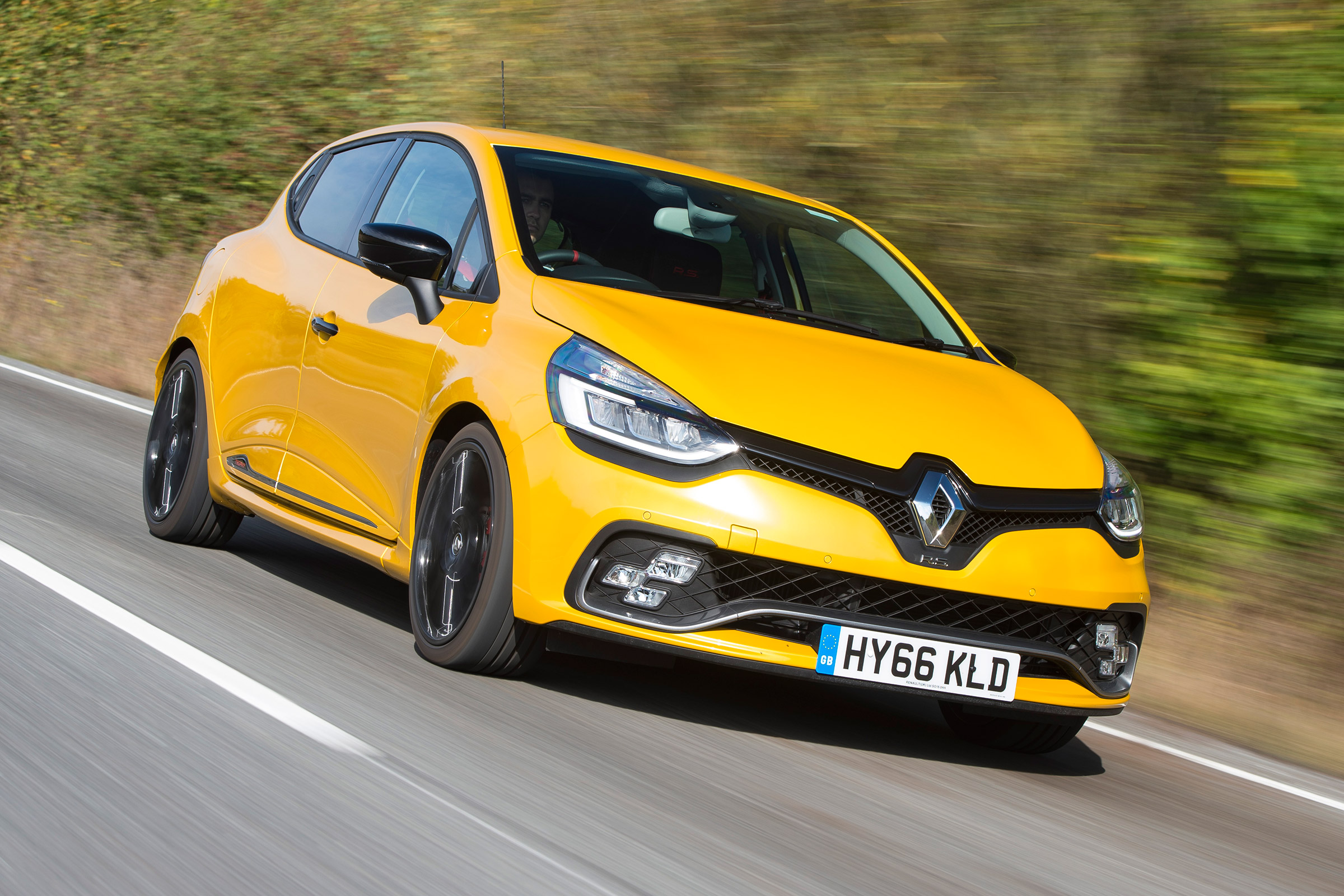 The colour which inspired this blog. There’s something about Renault’s Liquid Yellow that makes it distinct from every other yellow automotive paint, even those with more extreme and retina-scorching shades. Perhaps the real beauty of this colour is that, for a yellow shade, it isn’t all that obvious or indeed extreme; granted you aren’t going to miss the bonkers lightweight Clio catching you on a twisty section of road, but it’s nowhere near as obnoxious as offerings from other firms – take a bow, Ford Citrine Yellow! 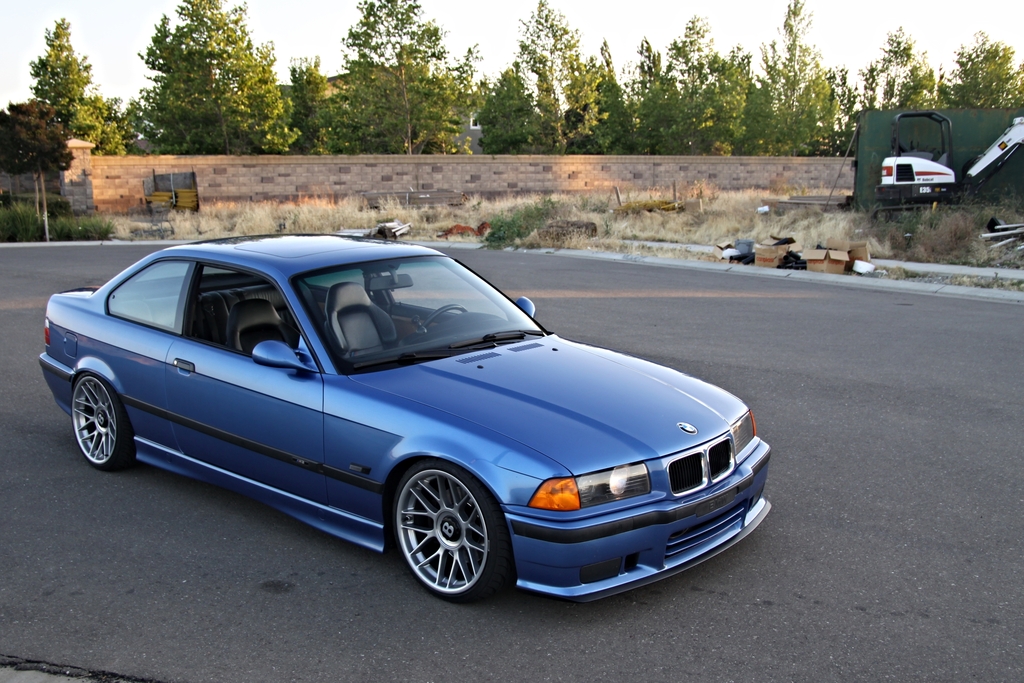 Estoril Blue has become one THE BMW E36 colours

It was a toss-up between this and Audi’s Nogaro Blue, but the BMW hue got the nod because we remembered the E36 M3, perhaps the best exponent of the Estoril Blue art. Estoril Blue works because it does a superb job of showcasing BMW’s flair for design, and this is particularly true of the M-badged cars, those with sharp creases, flowing lines, large grilles and various aerodynamic flourishes. 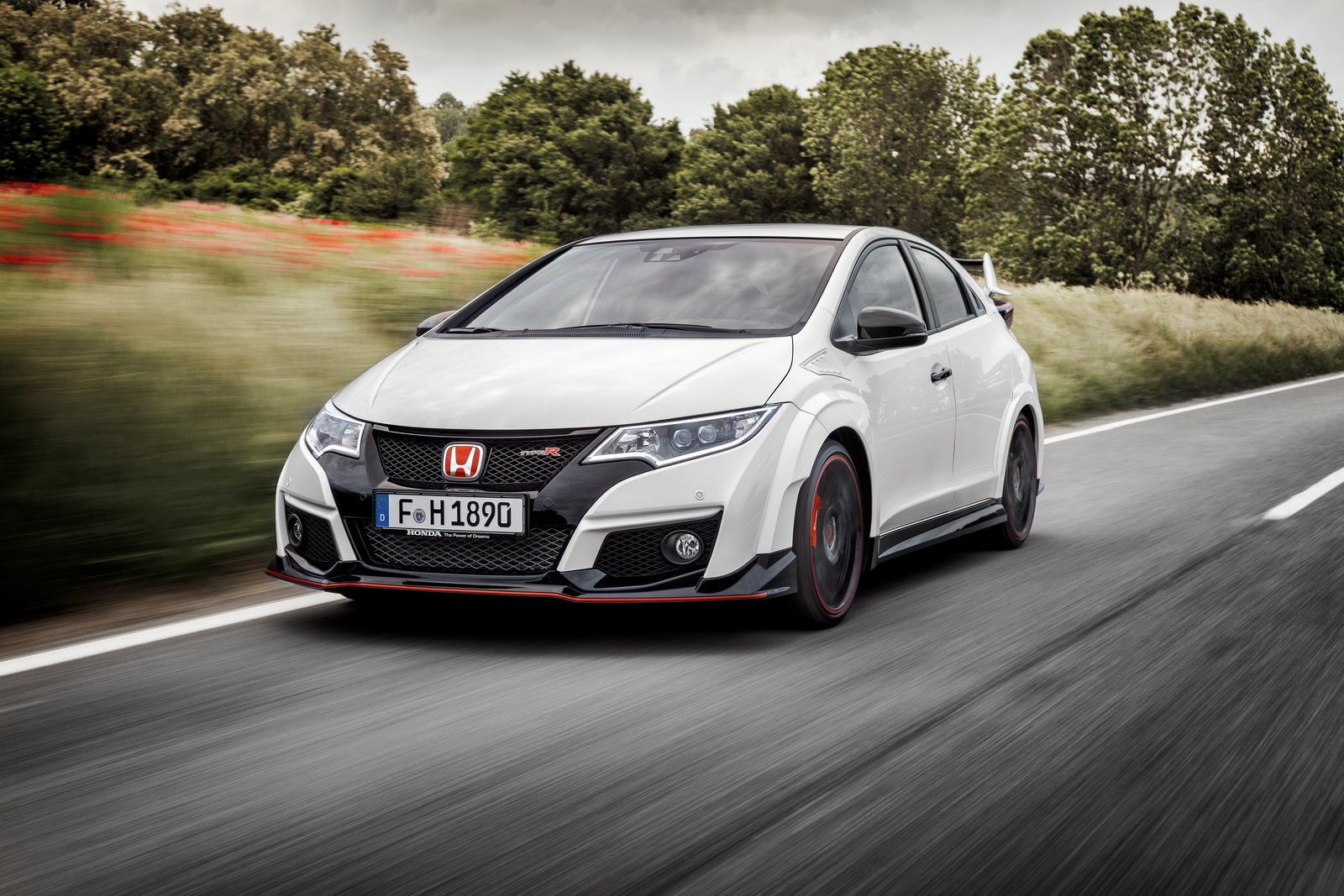 The fact that when you picture a Type R-badged Honda it will almost certainly be in this colour rather proves how iconic this simple shade of white actually is! It’s a shade which will forever be associated with manic, high revving VTECs and superb, British B-road-honed chassis – not bad for a colour which would look more than a little dull and, whisper it, forgettable on anything other than a Honda! 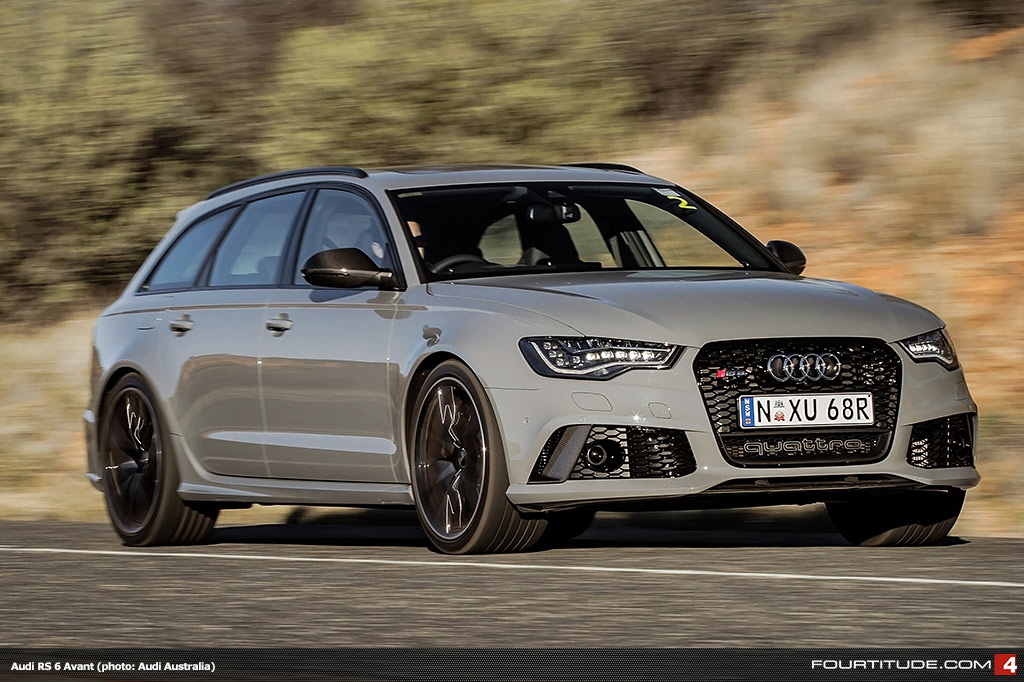 The majority of iconic automotive paint shades tend to err on the side of loud and ‘shouty,’ but there are exceptions to this. Audi’s Nardo Grey is an example of a colour that stands out by dint of being utterly menacing; it wouldn’t look at all out of place on a WW2 frigate yet somehow still manages to look perfect when applied to the almost as powerful RS6. It might not be eye-catching the in the same manner as most of the entries on this list, but park a Nardo Grey Audi next to a line of supercars and watch which car’s paintwork draws most comments. 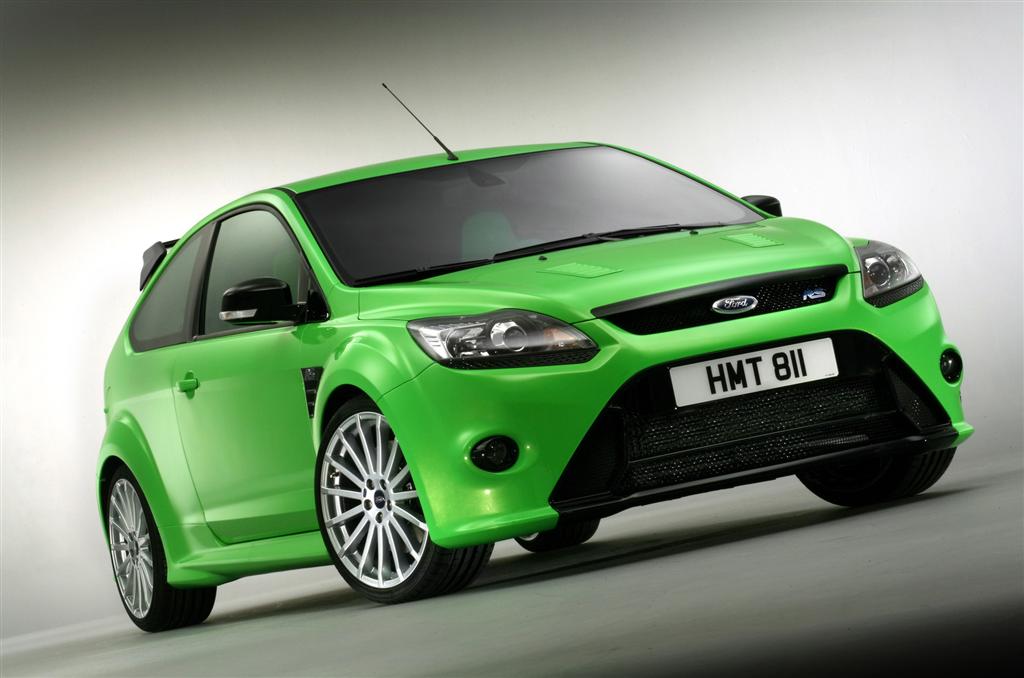 The second generation of Focus RS was a ground-breaking car for a number of reasons (not least because of its revolutionary ‘RevoKunckle’ front differential), but if you were to ask the average man or woman on the street what they remembered most about the car, they’d probably mention the colour first. In line with some of Ford’s more extreme paints, Ultimate Green is very nearly offensively bright, a hue most definitely not for shrinking violets and therefore perfect for an aggressive machine like the Mk2 Focus RS. 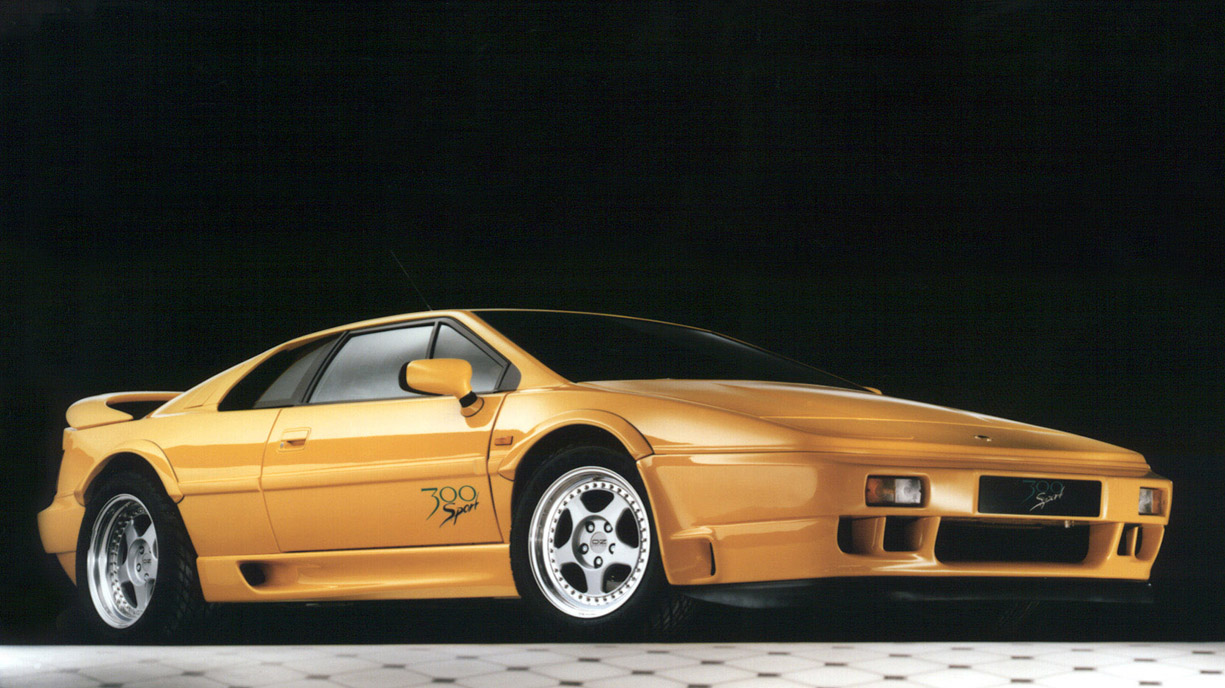 Not only is this a brilliant colour, it’s also a superb nod to the county which Lotus calls home, more than enough to earn it a spot on this list. A colour which will forever be associated with run-out variants of the Esprit Turbo and early versions of the Elise, Norfolk Mustard serves much the same purpose for Lotus as Estoril Blue does for BMW; it picks out the key design and performance elements of the bodywork of any car it’s applied to. 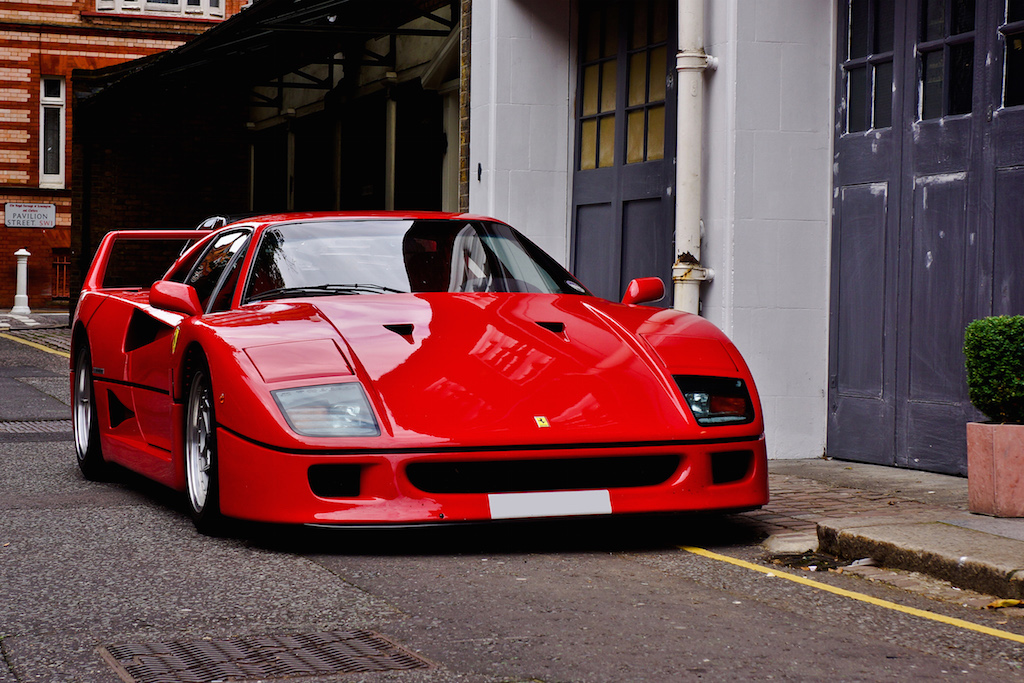 It would be tantamount to petrolhead treason to not include Ferrari’s iconic red on a list of this nature, so here we are, waxing lyrical about Rosso Corsa. It’s undoubtedly the most iconic colour ever applied to any car, so much so that ordering a Ferrari in any colour other than Rosso Corsa is bound to invite countless question as to why you’ve made said decision. It says a lot that Rosso Corsa is the only paint code Ferrari simply won’t countenance allowing its customers to mess with, it’s just that sacred. 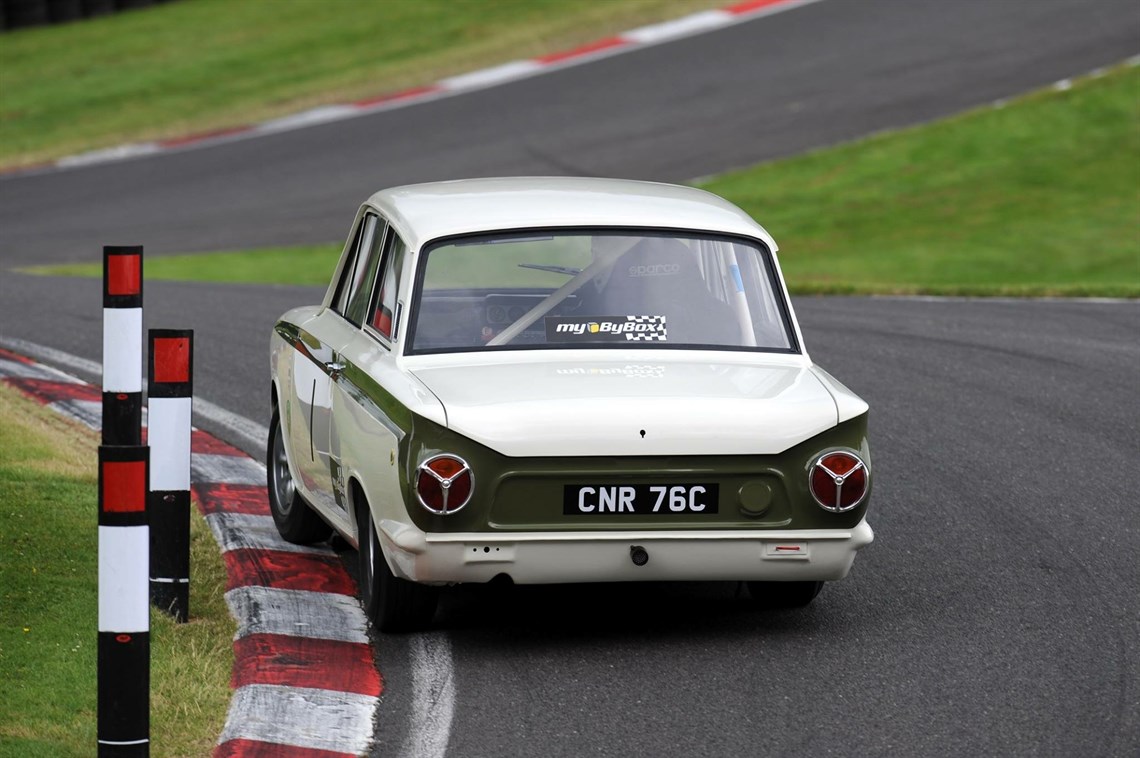 Very similar in appearance to Honda’s Championship White, Ford’s Ermine is the colour of classic blue oval performance icons, most notably the Lotus Cortina. As such it’s impossible not to associate this super subtle shade with said Cortinas braking impossibly late and cornering on three wheels, normally with a certain Jim Clark behind the wheel. The icing on the cake? The oh so special green flash running down both sides, a colour more correctly known as Sherwood Green, dontcha know. 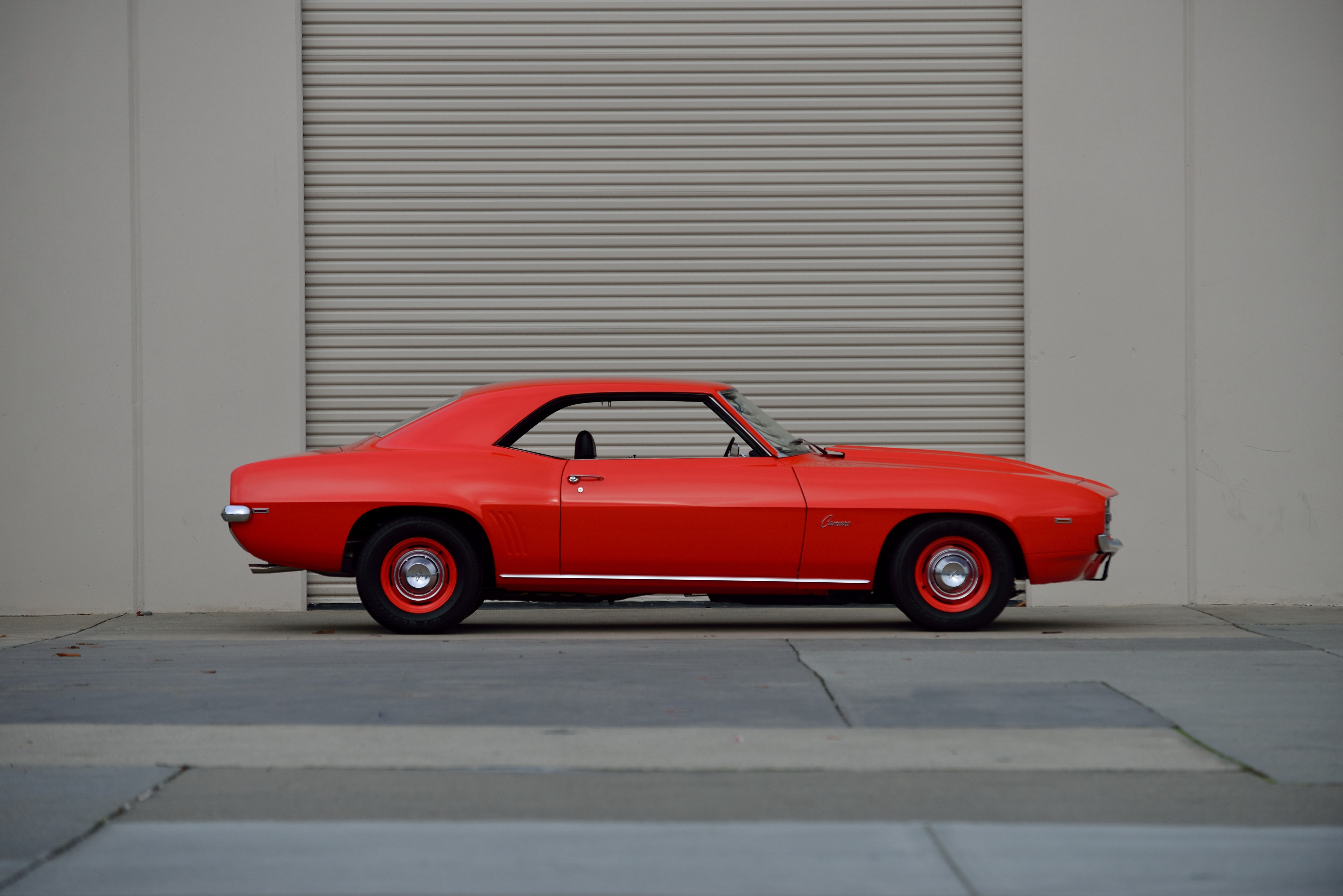 There’s no shortage of iconic colours when it comes to muscle and pony cars, which is why we’ve opted to include a number of the very best on this list, starting with Hugger Orange. The name alone makes it stand out from the more genteel names favoured by most European car makers, let alone the confusing strings of letters and numbers favoured by the Japanese. A Hugger Orange ’69 Chevy Camaro is among the best car and colour combinations to have ever existed – fact. 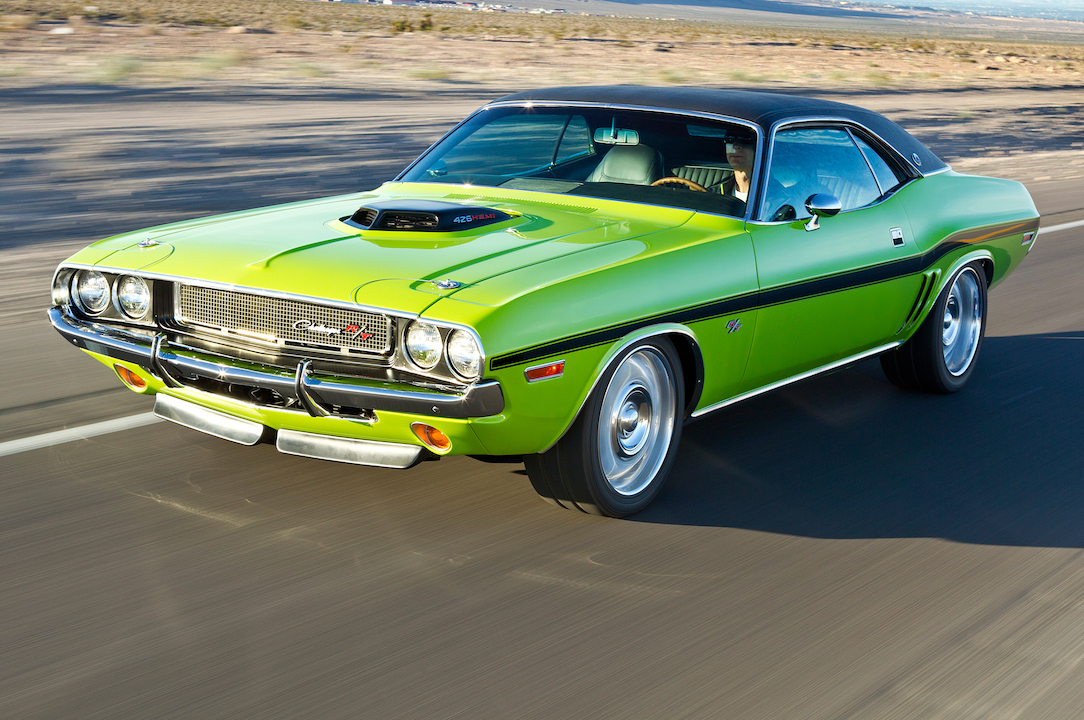 …except a Sublime Dodge Challenger!

Dodge fought back against the rising tide of Ford’s Mustang with run of exciting models in the early ‘70s, many of them available with a range of eye-watering colours called the ‘High Impact Line.’ Sub-Lime (see what they did there?) was a Dodge only shade and could only be specified on the likes of the Challenger, Charger and Dart, all of which have passed into US muscle car lore, and all of which are ridiculously sought after nowadays. It makes us want to teleport back to early ‘70s Detroit to bag one of our own! 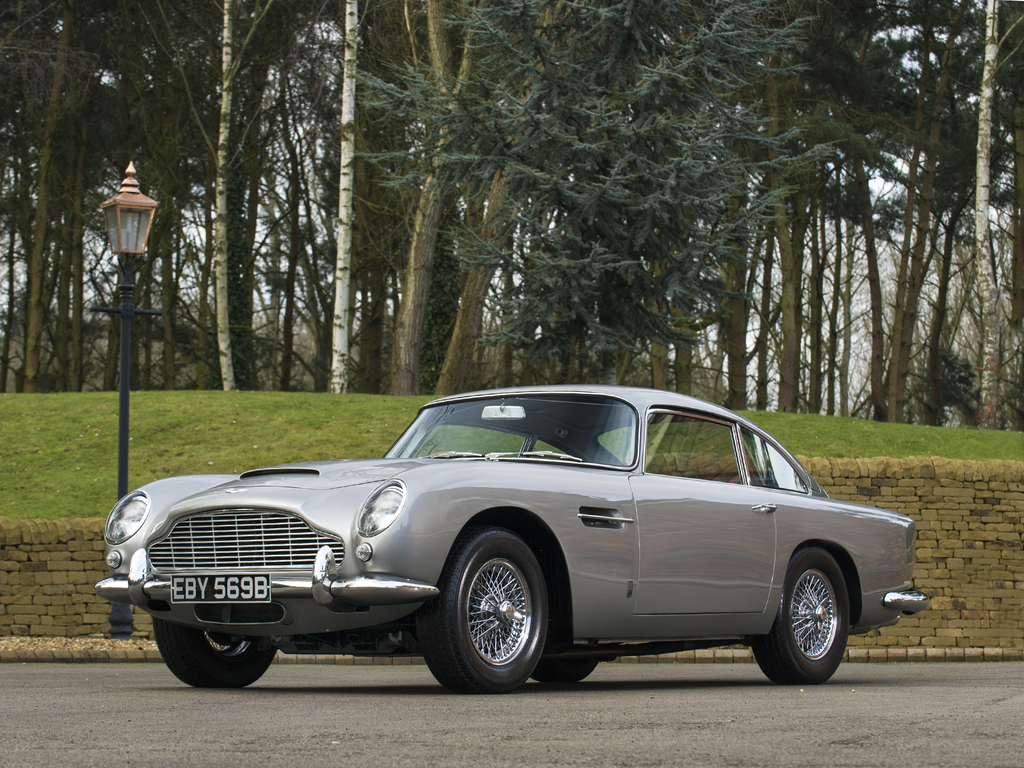 This is one of those car and colour combinations that even those who view vehicles in the same manner as they do washing machines (i.e. functional and nothing more) will be able to identify. The combination of Aston Martin DB5 and Silver Birch paintwork was a stunning one from the moment the two were first introduced, yet it’s subsequently become all the cooler thanks to the on screen antics of a certain British secret agent with a penchant for Martinis and the odd bit roulette. 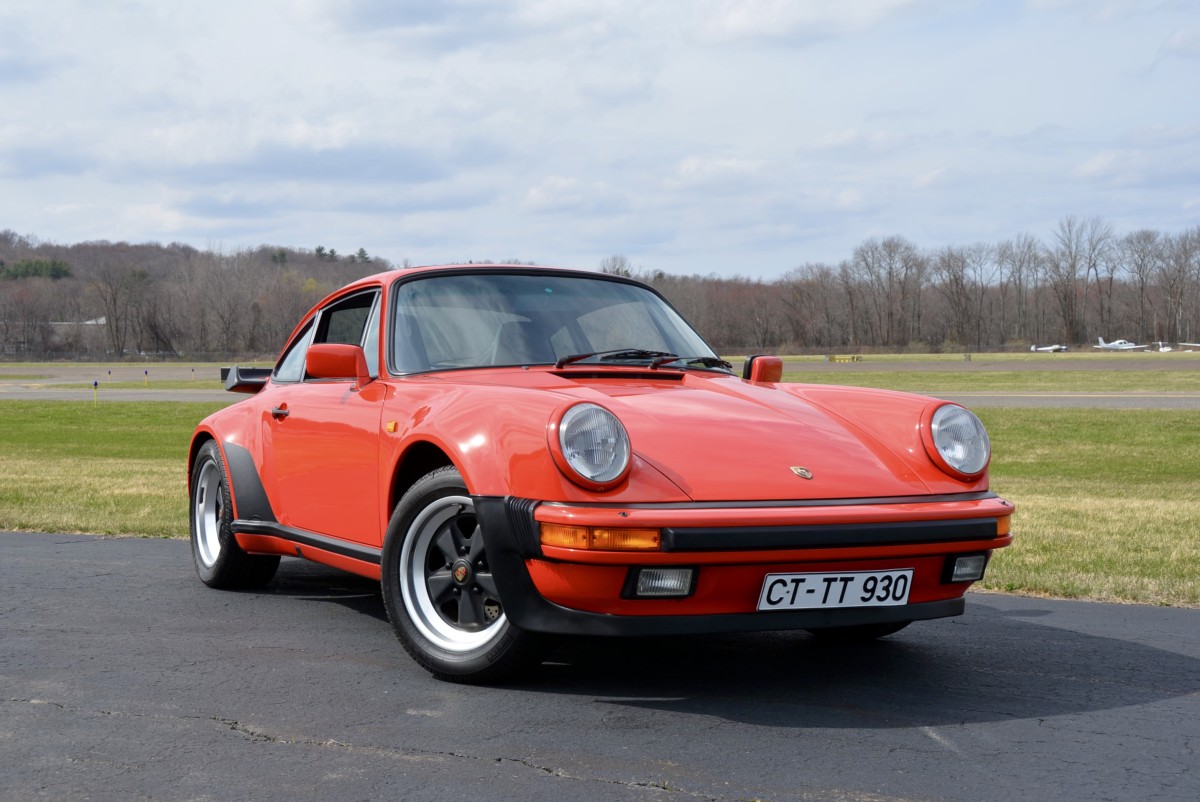 The ultimate symbol of mid ’80s excess, and all the better for it

A Guards Red Porsche 911 Turbo is among the most iconic images of the 1980s, normally with a perfectly coiffed yuppie at the wheel! Associations with Thatcher loving city bankers aside, the sight of a Guards Red 911 is still a hard thing to beat, especially if it has the oh-so ‘80s ‘tea tray’ rear wing. Shoulder pads, Filofax and house brick-sized mobile phone optional but highly recommended. 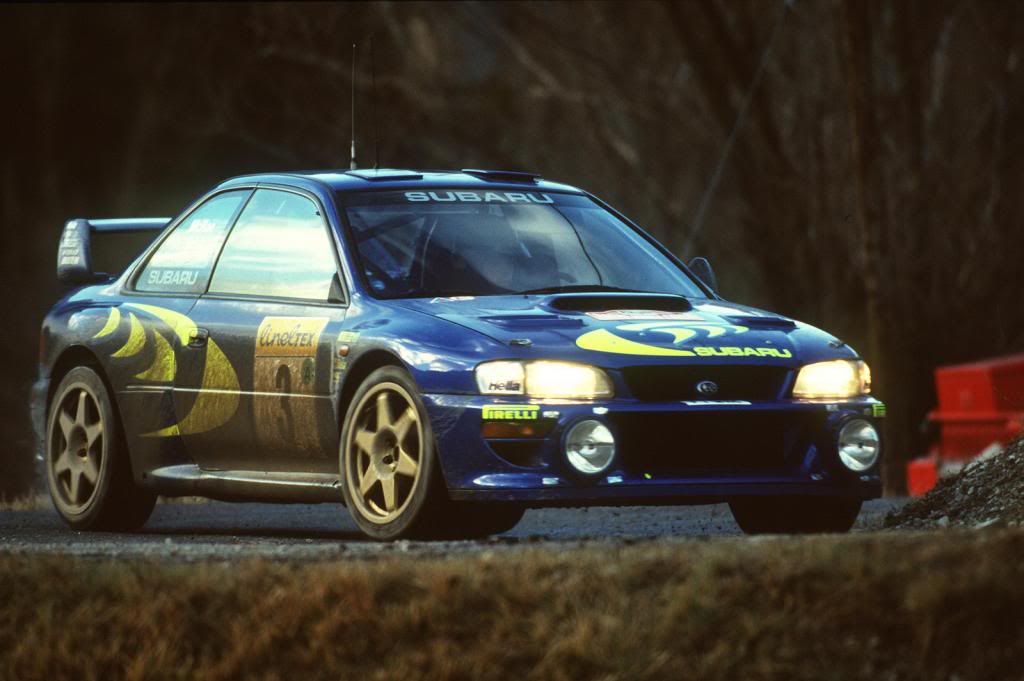 Colin McRae. 1995. A sodden wet Welsh rally stage in mid-November. A Group A Subaru Impreza in Mica Blue with gold Speedline wheels and ‘555’ livery: over 20 years have passed since this the British motoring public first caught sight of McRae’s ‘exuberant’ Impreza driving style, yet the impact of the image itself remains undiminished. The Scot’s success in a variety of Mica Blue/Gold Subarus from the early ‘90s to he left for Ford in 1999 helped kick-start the cult of Impreza in the UK, and it remains a highly sought after combination to this day. 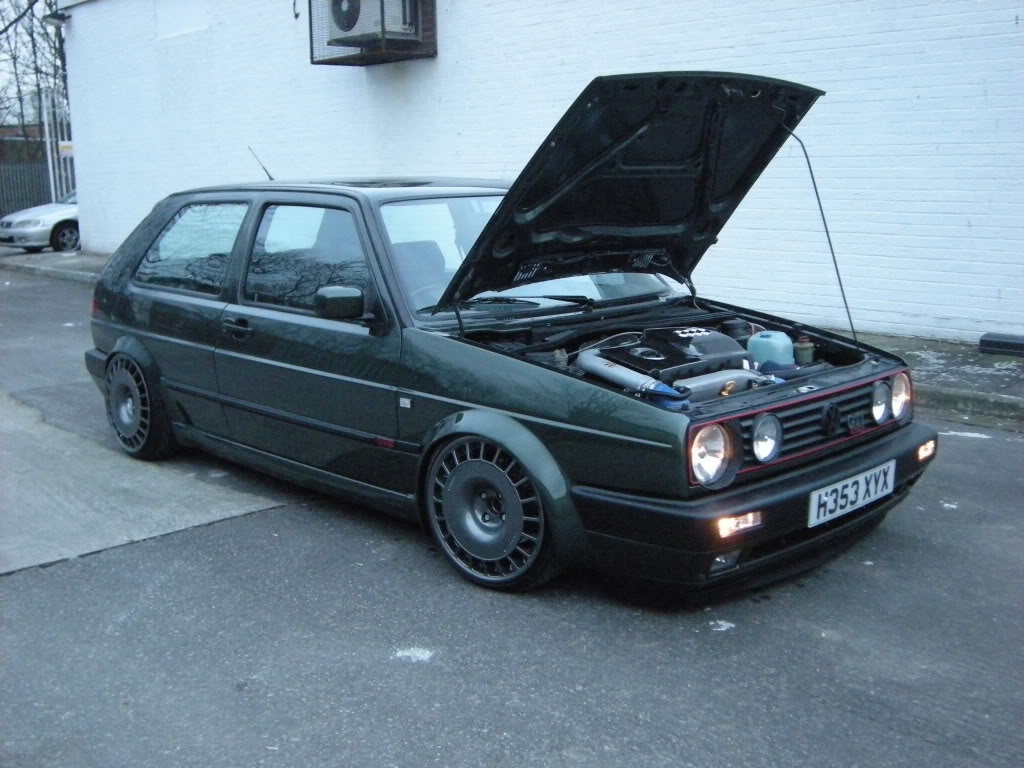 A big-bumperd Mk2 Golf GTI 16v in Oak Green is for many the holy grail of Golf ownership, and it isn’t all that hard to see why. A rare colour when new (and one that’s only become more so with the passage of time and the attentions of countless careless owners), Oak Green seems to suit the slab-sided, crisply styled Mk2 GTI to a tee. This relative rarity, coupled with the meteoric rise in the values of ‘80s VWs like the Mk2, means that Oak Green GTIs consistently command a premium over similarly aged and spec’d cars, and it shows no sign of slowing down anytime soon.