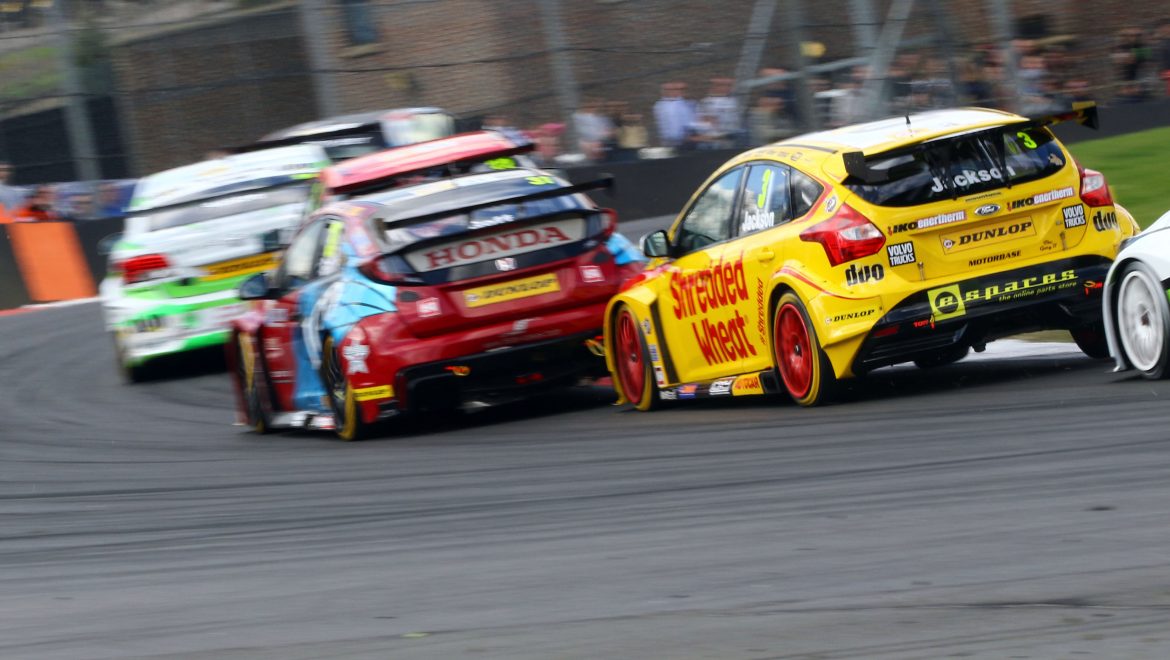 The British Touring Car Championship finally fired into life this past weekend after a long, cold Winter break, and the opening 3 races at Kent’s iconic Brands Hatch circuit saw all 4 Autoglym-supported teams racing hard to start their respective seasons in the best possible manner. The quartet of Team BMR, Motorbase Performance, Team Eurotech and Team Parker Racing together make up some of the most respected race outfits on the BTCC grid, yet the fact that all 4 endured trying weekends says a lot about the calibre of their opposition and the nature of tin-top racing as a sport. 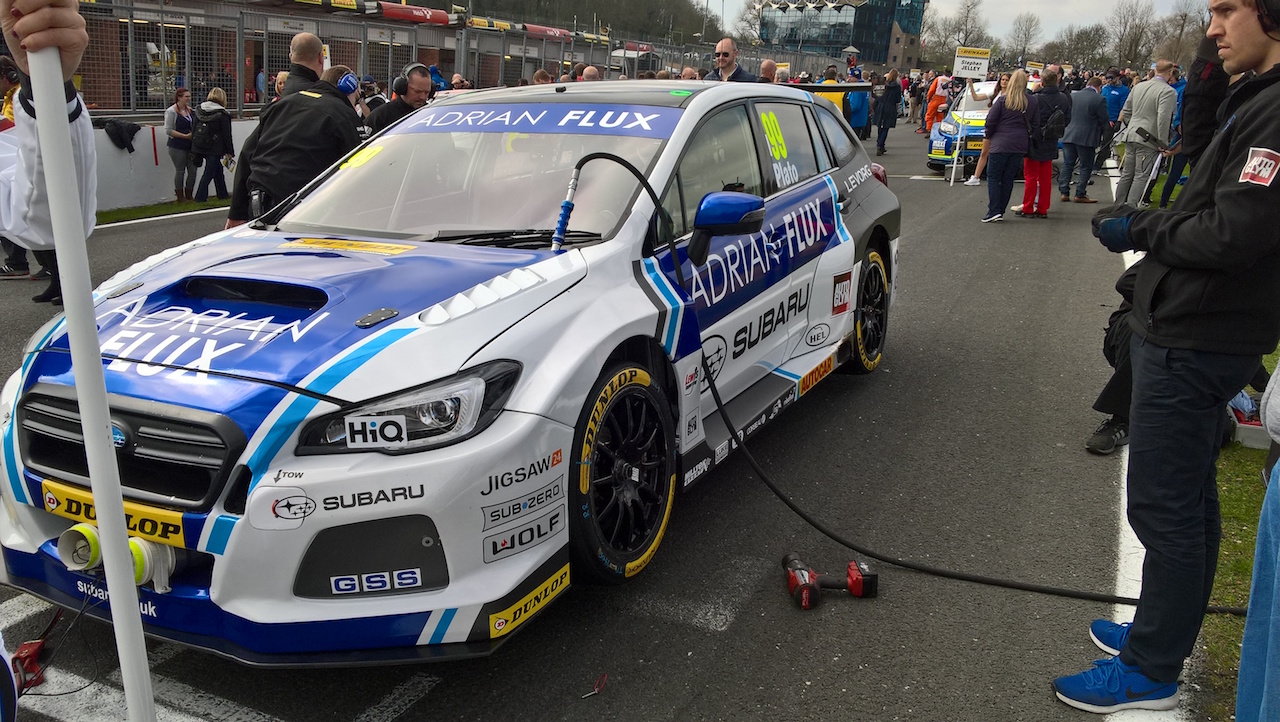 The Team BMR/Subaru campaign got off to a troubled start at Brands, but you can be sure they’ll be back amongst the top 10 before the year is out

Team BMR rounded out 2016 by launching a late season title charge with Colin Turkington, so their inability to challenge the top ten at Brands was made all the more galling. Quite why the team’s quartet of Subaru Levorg GTs (this year driven by Jason Plato, Ashley Sutton, James Cole and BTCC debutant Josh Price) struggled is hard to pin-point, and the entire team will no doubt pull out all the stops in order to rectify their pace deficit in time for the next round at Donington.

Race 1 saw the Levorgs finish in 12th (Plato), 16th (Sutton) and 24th (Price), with the former battling hard against the potent Honda Civic of Matt Simpson. Sutton showed the kind of pace which made him such a force to be reckoned with in 2016, though a contentious coming together with Will Burns saw him slapped with a verbal warning from the stewards. 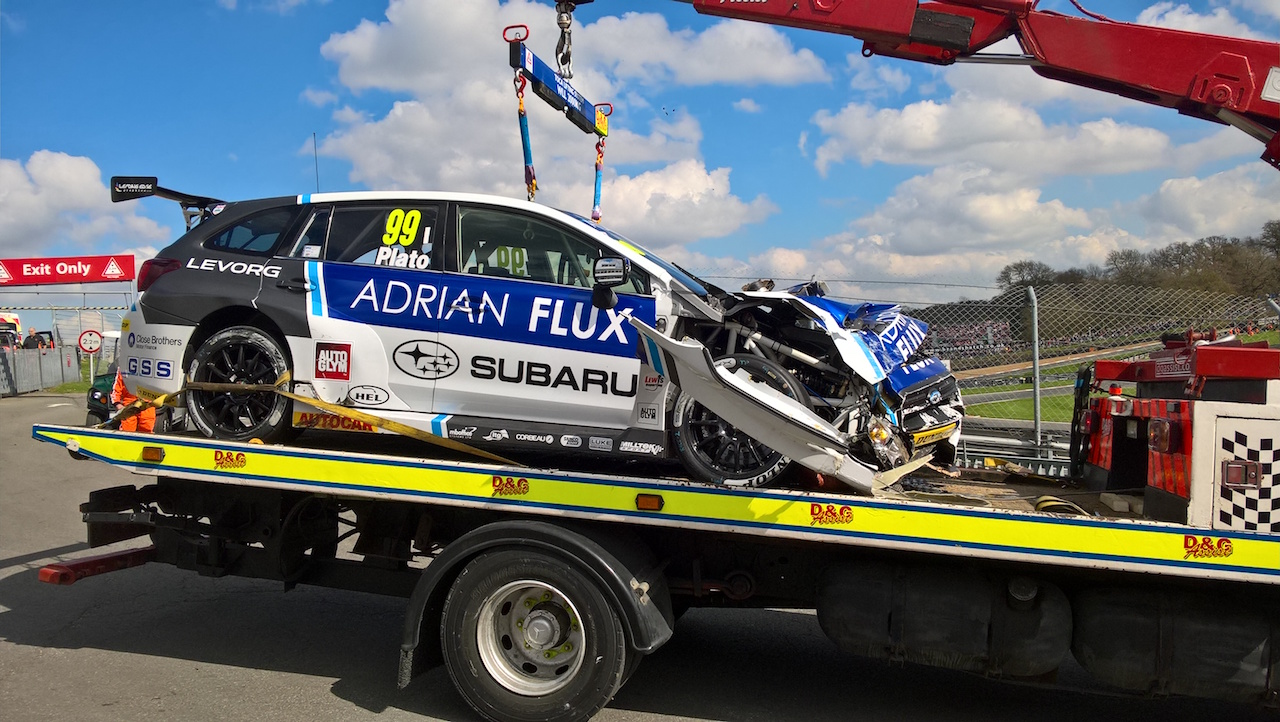 Race 2 got off to a horrific start for Team BMR, with Jason Plato tangling with, you guessed it, Matt Simpson on the run down to Paddock Hill bend mere seconds after the race has started. The ensuring crash was both fast and scary, the leading Levorg launched into the barriers and utterly wrecked in the process. Plato thankfully walked away with nothing more serious than bruises to his arms and his pride, and was therefore able to watch his team mates battle through to cross the line in 21st (James Cole) and 24th(Josh Price), while Ashley Sutton was forced into retirement.

The third and final race of the BTCC weekend has gained a deserved reputation for both carnage and fag-paper close racing, and Brands Hatch more than delivered. Sadly Jason Plato was unable to take the start, the damage to his car having resulted in a broken roll cage which forced the team to retire the lead Levorg minutes before the formation lap. Sutton once again showed both speed and talent by overtaking plenty of cars on his way to 21st, though a coming together with Jeff Smith subsequently saw him handed 2 penalty points. Price once again finished in 24th. 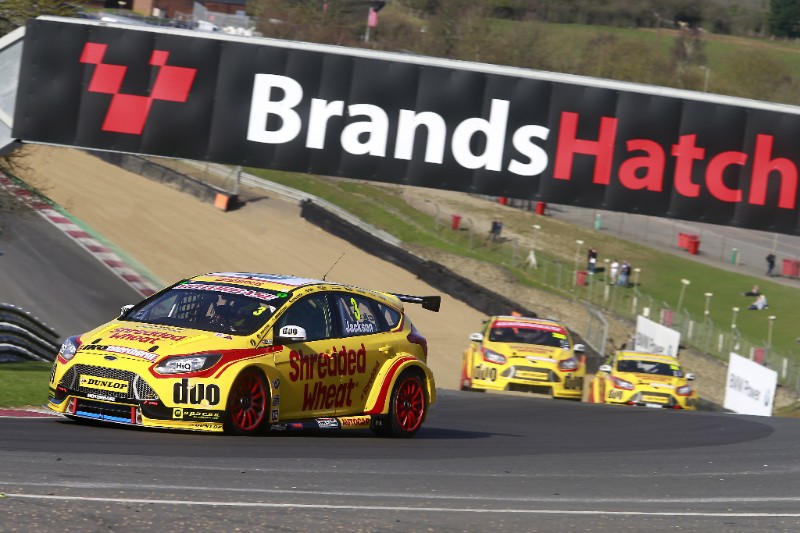 The Motorbase prepared Ford Focuses were competitive as ever, banking a string of points finishes over the course of the weekend. Photo by Matt Sayle.

While undoubtedly one of the sport’s most respected and capable outfits, Motorbase Performance have endured something of a dry spell in recent seasons, hence why there was much excitement surrounding their high profile deal with Shredded Wheat, and their 2017 driver lineup of Mat Jackson, Martin Depper and BTCC rookie Luke Davenport.

A rain-drenched and incident-strewn qualifying session meant the trio of Fords started well down the order in 14th (Jackson), 17th (Davenport) and 24th (Depper), though the former wasted no time in utilising the carnage of the opening laps to fight up to 8th, a position he was to hold to the flag. He was supported by both Depper and Davenport, the former scoring his first points of the season with 15th overall and Davenport bringing his Focus home in 19th – the second placed rookie on the grid. 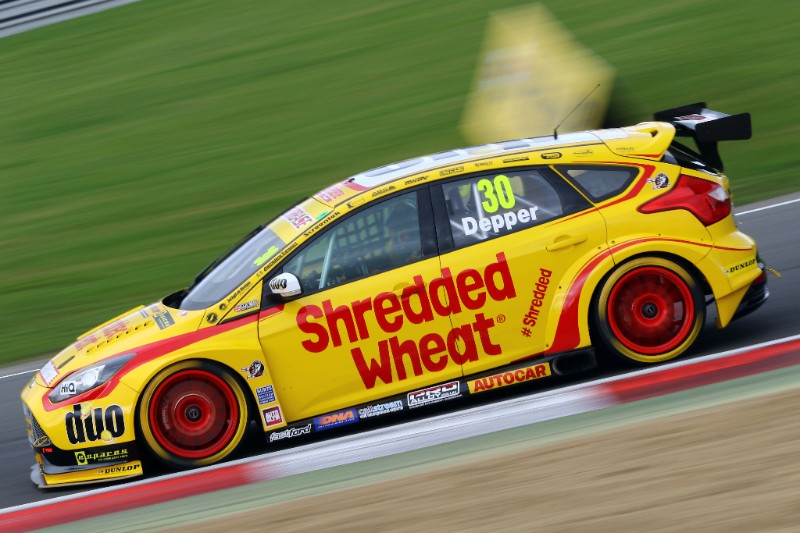 Martin Depper’s undoubted raw pace was mixed with a smattering of misfortune. Photo by Matt Sayle

Race 2 was chaotic to say the least, and this brought mixed fortunes to the Motorbase cars; Martin Depper’s race was ruined by some errant debris which made its way into his radiator and forced him into early retirement, while the ever canny Mat Jackson was able to use the melee to his advantage, up to 6th by the end of the race and fighting tooth and nail with the BMW of Andrew Jordan. Jackson beat Jordan to 6th by a scarcely believable 0.015 seconds as the pair stormed across the line, a position later further improved to 5th thanks to the overall results being amended post-race. Davenport’s encouraging run was brought to an abrupt end on lap 12 following heavy contact to the #300 Focus ST.

The final race at Brands gave Mat Jackson his best grid position of the weekend, a brilliant 4th overall and the ideal place from which to launch a challenge. Sadly this didn’t quite come to fruition thanks to some nail-biting racing with the Vauxhall Astra of Tom Chilton, Jackson’s Focus ultimately pitched into the gravel trap at Paddock Hill bend after a bold move around the outside of the Astra. He fought back to finish 13th overall, ahead of Davenport in 20th and Depper in 22nd. 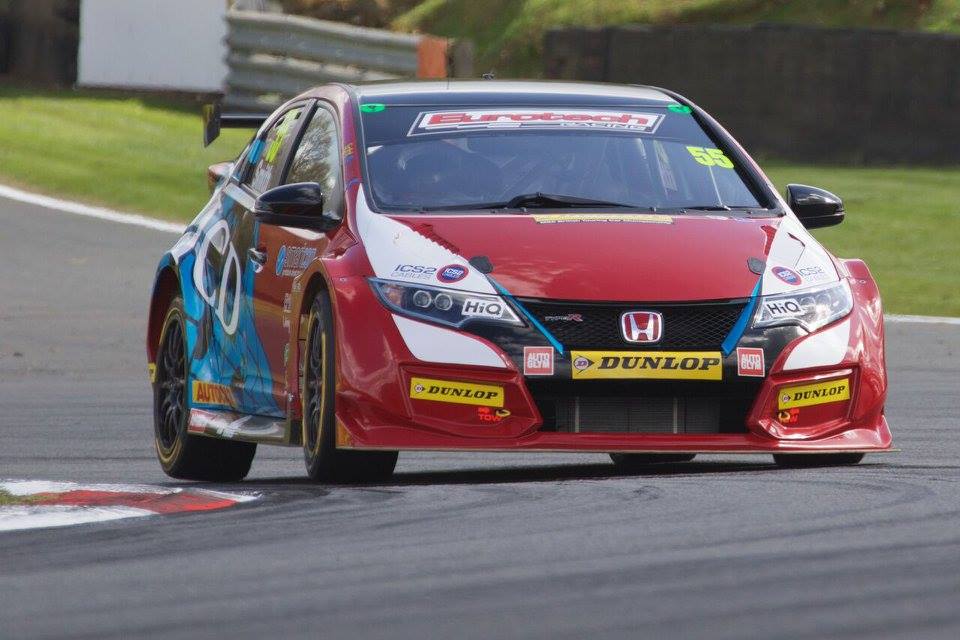 Eurotech’s Jeff Smith started the weekend in the best possible manner with pole on Saturday, yet he was unable to keep the Toyota of Tom Ingram at bay come race day

A close relationship with the works Honda team allows Eurotech access to some of the finest Civic-related tech and hardware on the grid, hence why they went into the opening round of the 2017 season with high hopes. Said hopes were confirmed on Saturday when team leader Jeff Smith put his Civic Type R on pole ahead of more established entries from works entries like BMW, MG, Subaru and of course Honda!

Smith was sadly unable to convert pole into victory at the first race of the season and soon found himself swamped by the fast starting cars around him, with both Tom Ingram, reigning champion Gordon Shedden and Adam Morgan sneaking by in quick succession. Smith retired later in the race but Eurotech honor was upheld by Jack Goff’s superb 4th place overall. 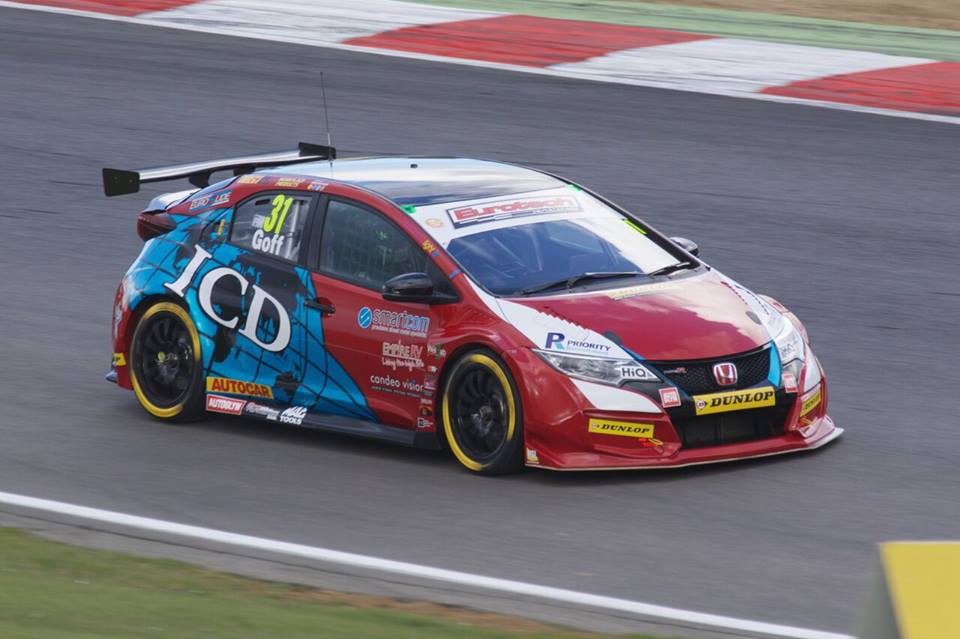 Race 2 saw the pair of Eurotech Civics once again trading places (and paint) with their factory backed rivals, and again it was Goff who led the team home in 12th, further bolstering his points tally in the process. Smith crossed the line 4 places further back in 16th.

The third and final race at the Brands Hatch Indy circuit saw Goff again prove his worth and sheer speed with a strong 8th place, with team mate (and team owner) Jeff Smith bringing up the rear in 17th. Solid, considered racing produced solid, points-scoring positions. 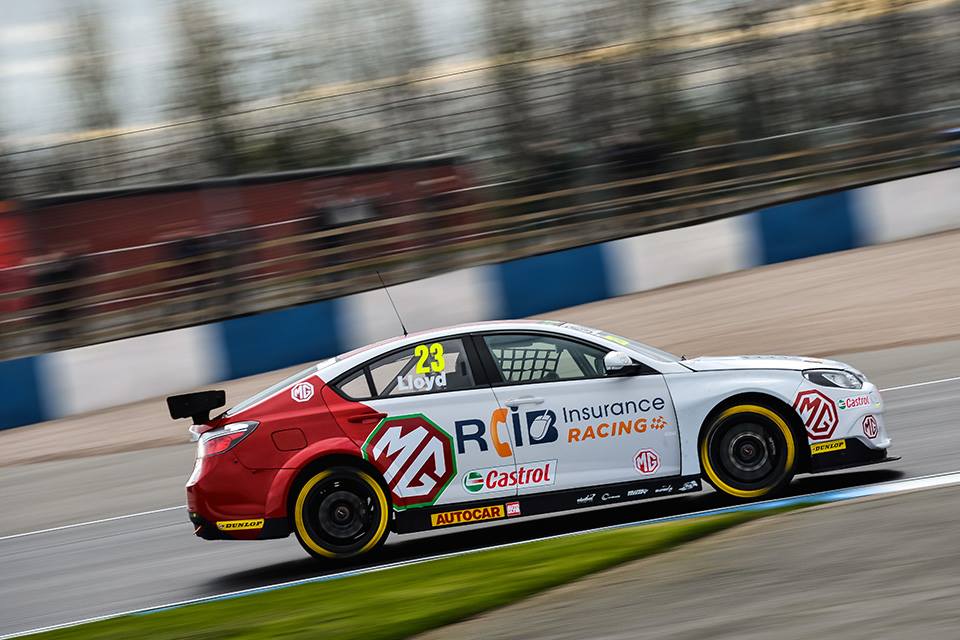 The Triple Eight run MGs will be looking to climb back up the BTCC pecking order after a tricky few years playing catch up to Honda, and they therefore go into 2017 with a pair of new drivers; Daniel Lloyd and Aron Taylor-Smith.

Race 1 was always going to be a tough one thanks to the relatively poor starting orders of both the MG drivers, yet Smith fought bravely and underlined just why he’s such hot property at the moment, coming through to cross the line in 14th, ahead of Lloyd in 23rd. Race 2 was almost a re-run of Race 1 – Smith managed to battle his way to 15th, while team mate Lloyd again came home in 23rd. Both drivers showed renewed pace in the third and final race of the day though, with Smith knocking on the door of the top 10 with a fine 12th and Lloyd showing impressive improvement with a 15th place. 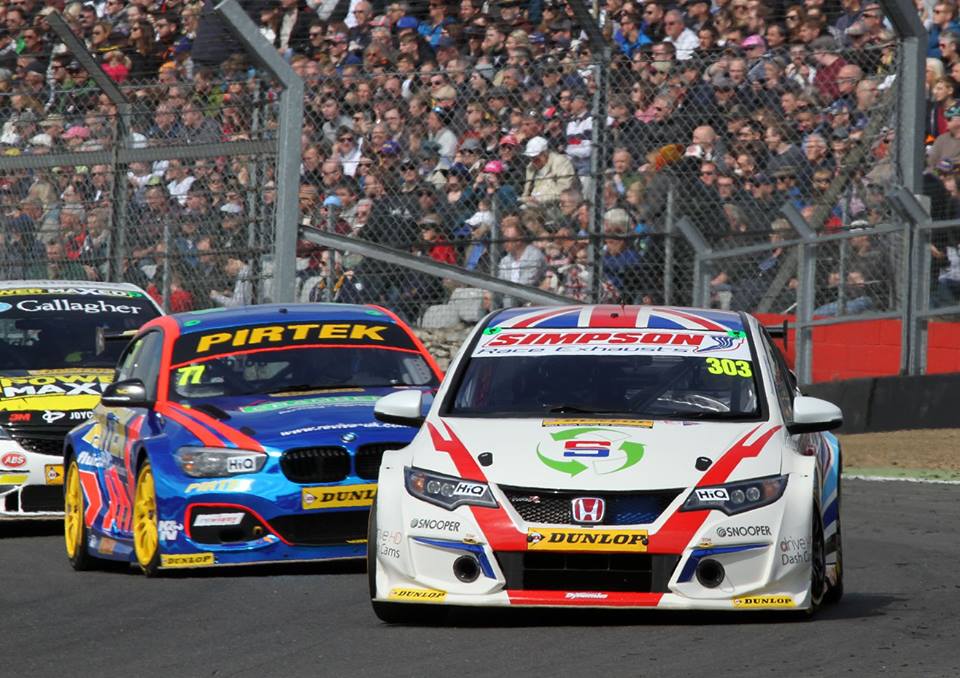 Simpson Racing have made a had handy habit of punching well above their weight in recent years, and 2017 will doubtless be no different. Closer to the works Honda boys than ever before, team owner and driver Matt Simpson will contest the season in a Team Dynamics prepared Civic Type R.

The first race was certainly very promising for the whole team, Simpson battling a whole host of championship regulars and eventually bringing his Civic home a fine 11th, ahead of former champion Plato and the other Team BMR drivers. The remaining two races were less fruitful, with the distinctive Civic crossing the line in 20th in race 2, before retiring with reliability issues before the start of race 3. 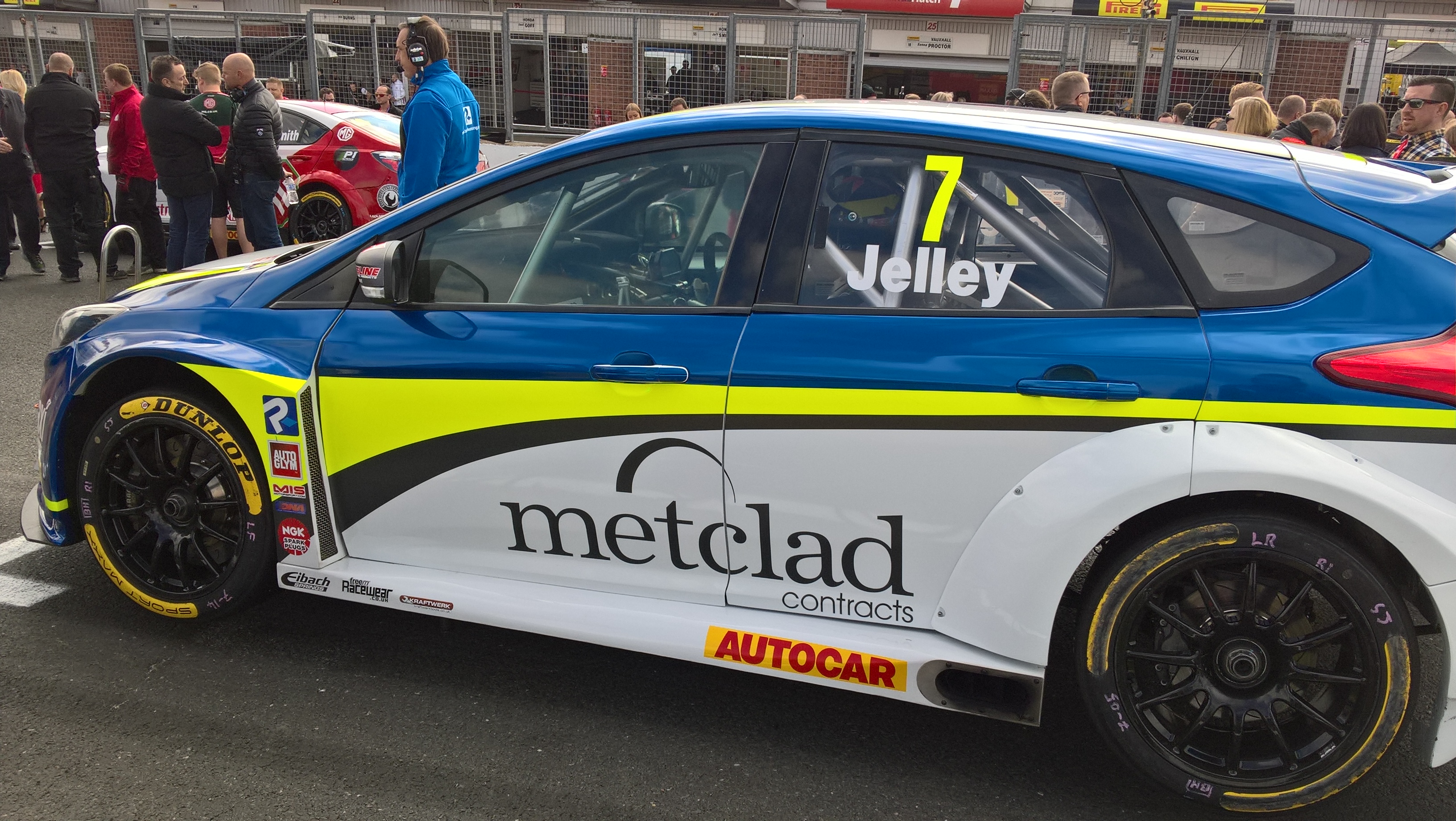 He might have had a fairly quiet opening weekend but don’t be fooled, Stephen Jelley is a former race winner and knows what it takes to do well in the BTCC

A small, dedicated team built around the tried and tested Ford Focus ST, Team Parker Racing are fielding long time racer, 2 time BTCC race winner and Porsche Carrera Cup veteran Stephen Jelley in 2017, and the latter was out to get to grips with his new ride at the opening rounds after a 7 year break from the BTCC.

Jelley and Team Parker Racing fought hard for little reward, with 20th in Race 1, 18th in Race 2 and 27th in Race 3, but it’s early days yet and few would bet against this experienced team and supremely talented driver scoring points later in the year.

Can’t wait until Donington to get your BTCC fix? Then make sure you tune into Autoglym Tin Top Tuesday on Tuesday 11th April at 8pm to hear interviews with the drivers (http://www.tintoptuesday.com), as well as the latest info on the UK’s premier domestic series.

You can also download the BTCC Race Day app, a trick piece of software that’s all but essential for those keen to stay firmly in the tin-top loop.