Vital points were gained by Adrian Flux Subaru Racing driver Ash Sutton this weekend at Thruxton in Hampshire for rounds 7, 8 and 9 of the Dunlop MSA British Touring Car Championship with Jason Plato, James Cole and Josh Price all struggling with the lack of straight line speed at a circuit that is renowned for being the fastest in the country.

Ash’s Subaru Levorg was the best of the rear wheel drive cars in qualifying securing a starting position of 9th for the first race of the day, before being promoted to 8th after Tom Chilton received a post session penalty.

There was disappointment for Jason, James and Josh who lost out to the high speed flat-out sectors of the Thruxton circuit, with qualifying positions of 21st, 26th and 32nd positions.

Ash was the highest scoring Adrian Flux Subaru Racing driver of the weekend after using his outstanding cornering skills in his Subaru Levorg to fight his way through each of the three races with three top eight finishing positions.

Jason’s highest position was 23rd with James’ best being 26th and Josh with his best result to date of 24th. 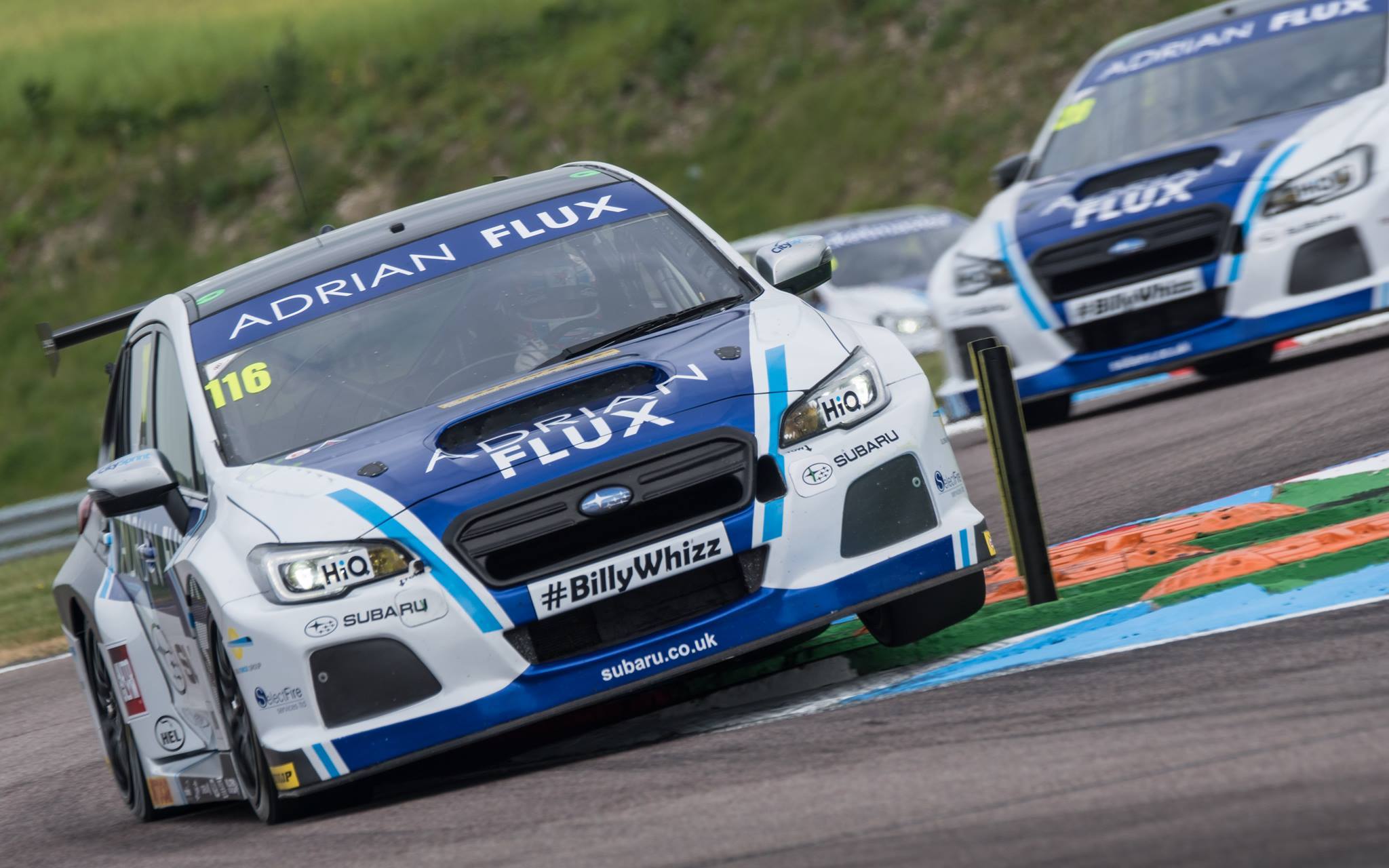 Speaking of the weekend, Team Principal Warren Scott commented “It has been an immensely difficult start to the season after what seemed to be a very encouraging, comprehensive pre- season test programme for everybody at Adrian Flux Subaru Racing.

“The Subaru Levorg is handling extremely well but the straight line speed deficit is certainly curtailing the efforts from our drivers to be challenging for the championship.  We are working tirelessly with all parties involved in the control of this and hope that we will have this resolved by Oulton Park.  We run an open house policy within the engineering team to share set up and data on both test days and race weekends.

“I am personally extremely disappointed in the results we have at the moment and I intend to leave no stone unturned in an effort to resolve this problem so that we can get the team back on track to winning ways.

“I thank the sponsors and fans for their continued, loyal support at this most challenging time.”

Ash leaves the circuit 8th in the driver standings with 62 points as Josh remains second in the rookie Jack Sears Trophy championship behind Senna Proctor.  It is also worth noting that Josh has now finished all nine races of the season thus far.

Adrian Flux Subaru Racing have now moved up to 6th in the overall teams standings and 4th in the Manufacturer standings.