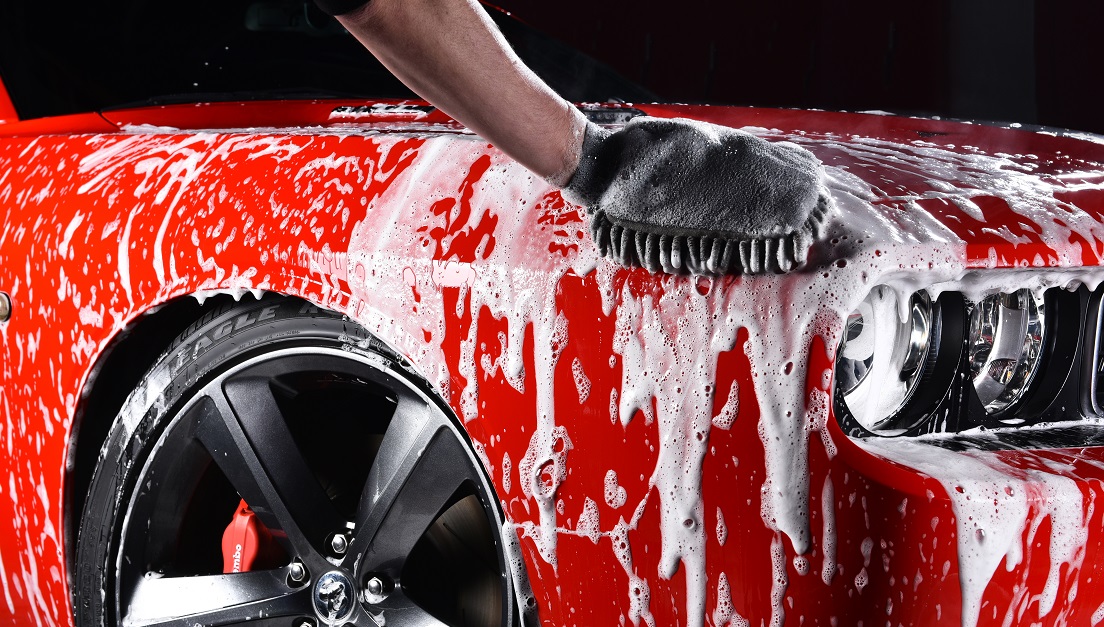 The weather might be bad enough to make you consider hibernation, but there’s much to be said for beginning 2018 in the best manner possible, with a car care session

Being a committed car care fiend and also a resident of the British Isles can be a tricky thing to reconcile, not least as the winter weather all too often appears to be at all out war with your favourite hobby and pastime. We appreciate that horizontal rain, biting frosts and the odd bit of sleet aren’t exactly the most encouraging of conditions. Indeed, so bad can British weather be in January that we wouldn’t blame you if youducked out of it entirely, bunkered down under the duvet and managed your back-to-work blues through rubbish TV and leftover chocolate! Tempting as that might at first sound, there’s much to be said for using the time wisely, and we can’t think of a better use of 2 hours or so than a good, mid-winter detailing session.

The very nature of car care means that it’s a task which can go on indefinitely, or until weather or prior commitments get in the way of course! There’s little worse than leaving a half-completed, half-cleaned car (especially at this time of year), which is why we recommend picking your battles; there’s little point in attempting a complete, nut-and-bolt detailing session if you’ve only got half an hour spare. No, far better to undertake a smaller, less time consuming task and to do it thoroughly. 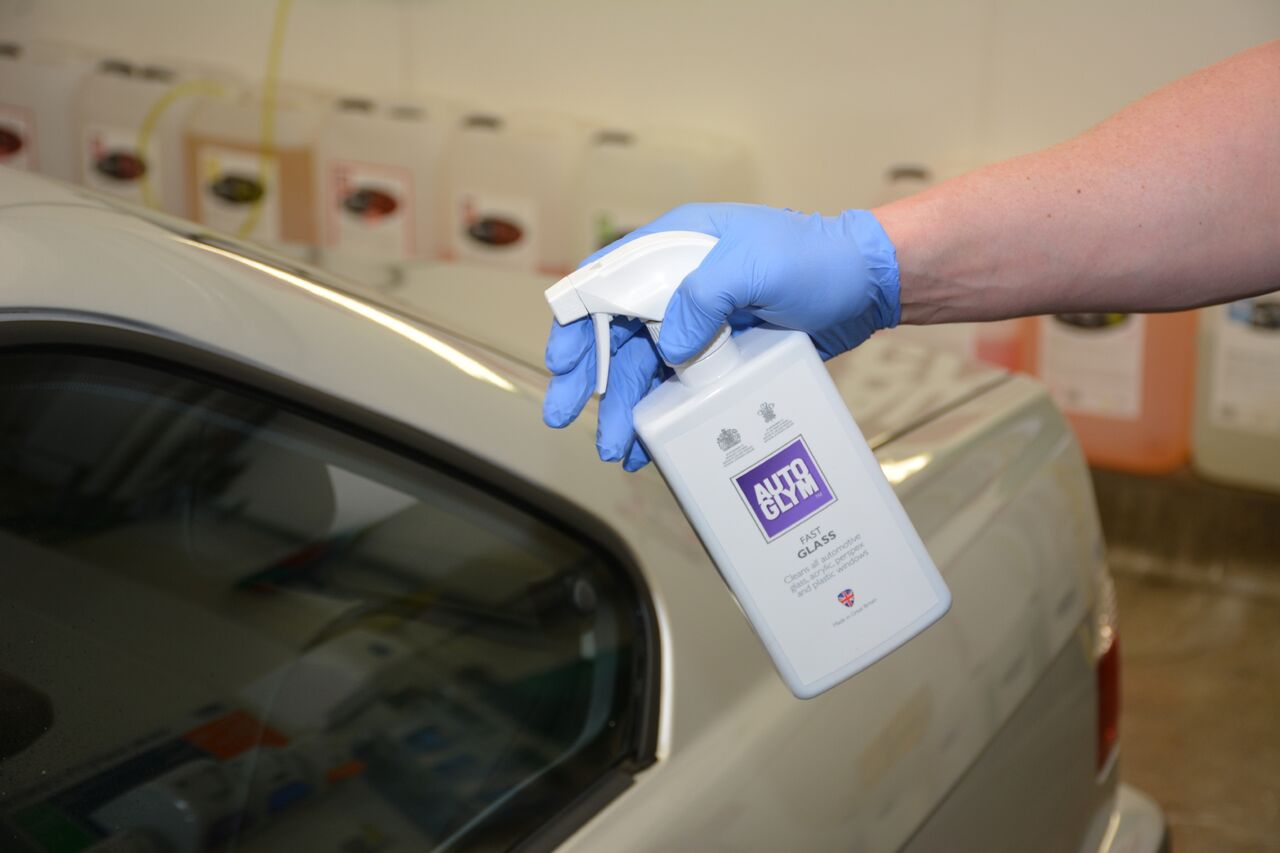 Last year saw us debut a number of new and exciting cleaning products, with Ultra High Definition (UHD) Shampoo being but one example. It’s a product that’s best saved for a winter’s day with clear skies overhead and one well suited for regular use, once or twice a month. Not only has it proved its worth in the ongoing battle on grime, it has been formulated to be easy to use and to leave an irresistible fragrance. UHD Shampoo can be paired with similarly versatile Autoglym essentials such as Fast Glass and High Performance Tyre Gel, both of which have the potential to make even the most down at heel of cars look that bit more presentable. 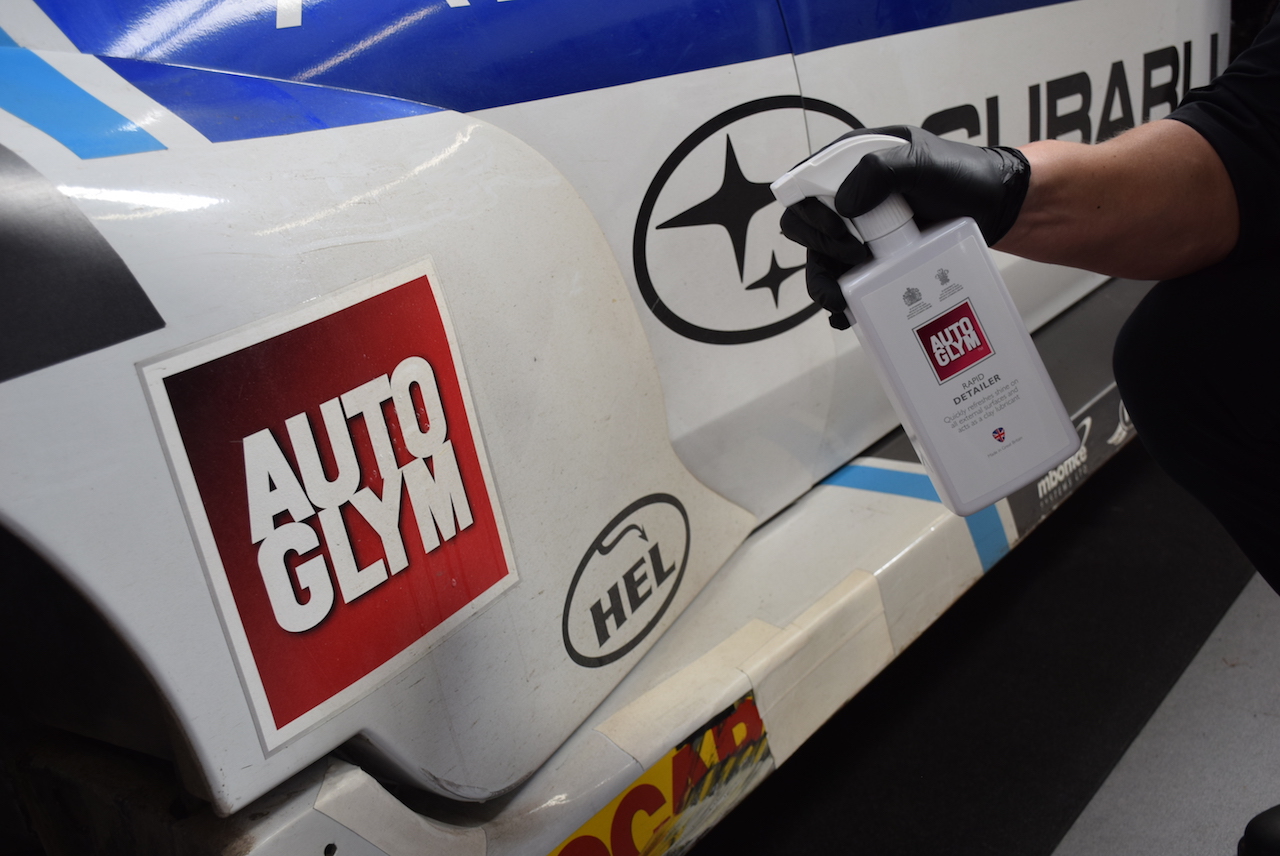 Cleaning for the Time Poor

We appreciate that not everyone has the time or indeed the inclination to undertake an intense, multi-hour cleaning session on their car, certainly at this time of year when it can often feel as if you’re undertaking an Arctic expedition whenever you head outside. It’s therefore the ideal opportunity to use one of the most popular single products in the entire Autoglym range, Rapid Detailer. Simplicity itself to use, Rapid Detailer removes light dirt, restores shine and leaves a layer of polymeric protection on the surface of your paintwork. It can also be applied to rubber, chrome, plastic and bare metal, and won’t remove any waxes or polishes already in situ.

Our range isn’t exactly short on products perfect for the time poor, with Rapid Aqua Wax and Polar Blast being but two examples. The former is a car care staple and has proved its worth (and versatility) time after time, whereas the latter is an all new product for 2018, an ‘ultra clingy’ snow foam with a correspondingly impressive dwell time.

We’re not suggesting that common contaminants such as bird droppings, tar and general road grime are purely rooted to midwinter driving (more’s the pity), rather that you’ll be far less inclined to spend time outside sorting the problem when it’s baltic cold outside. Worse still, frost and sub-zero temperatures can and will freeze bird mess onto your paintwork, rendering it much tougher to remove. Luckily we’ve planned ahead, and the Autoglym range is stuffed with handy, fast-acting cleaners such as Active Insect Remover, Bird Dropping Wipes and Intensive Tar Remover. 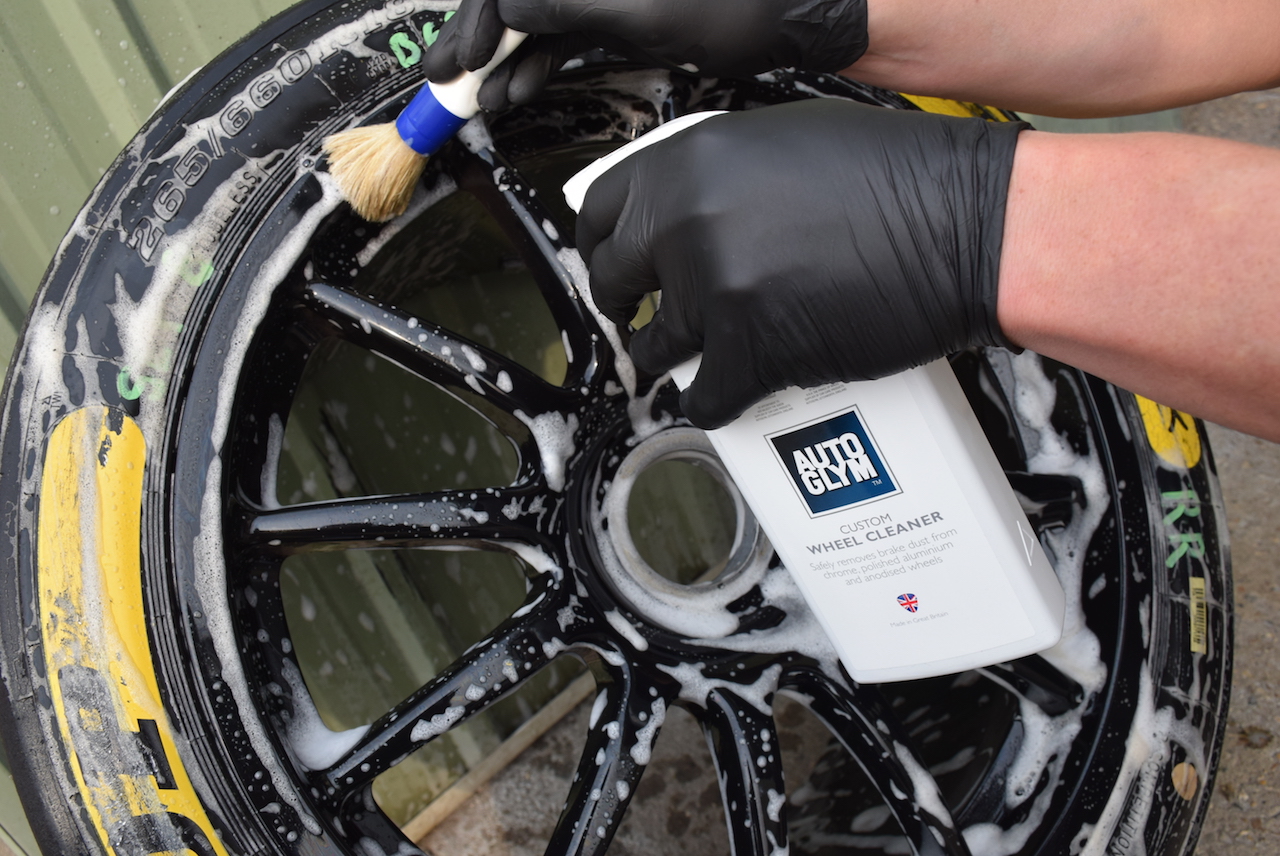 We’ve touched upon wheels before of course, but it’s hard to overstate just how much of a battering your average set of alloys faces, and it’s made all the worse when the weather starts playing ‘hard ball,’ the temperatures drop below zero and the council bring out the dreaded salt spreaders! It makes sense to start by using either Clean Wheels or Custom Wheel Cleaner (depending on the kind of alloy you happen to own), before moving onto Autoglym Wheel Protector, an easy to use spray which forms a super-hydrophobic barrier which protects your wheels from brake dust adhesion. 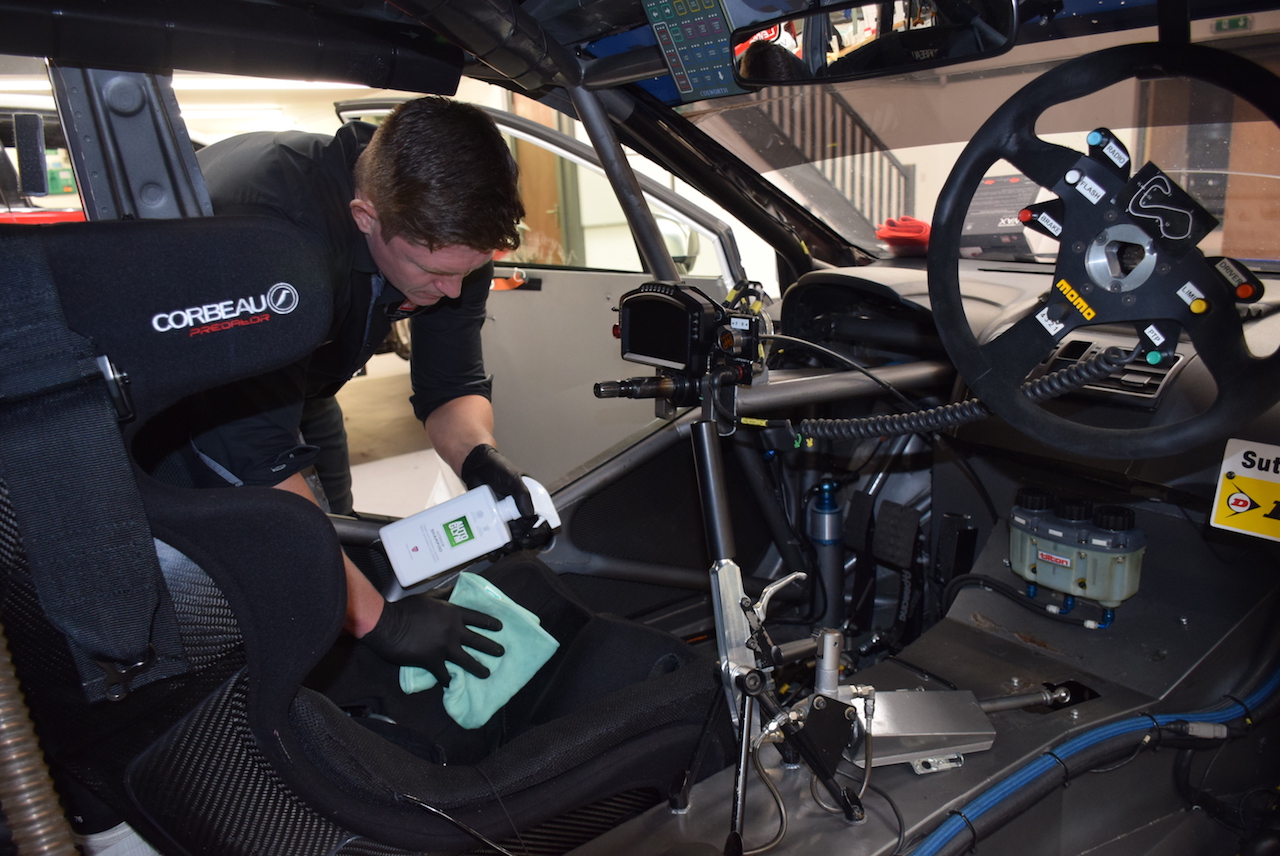 Interiors remain weirdly overlooked by a great many car care aficionados, which is odd when you consider the amount of time we all spend sat in our respective motors! The biggest upside to cleaning the cabin of your car, certainly at this time of year, is being able to physically sit inside while you do it, shielding you from the worst of the wind, rain and even sleet. Interior Shampoo is the best place to start; it’s easy to use, acts swiftly and has been shown to banish stains of all kinds on pretty much any interior material you care to name. It makes a great deal of sense to pair Interior Shampoo with Vinyl & Rubber Care (no prizes for guessing what it should be used for and on) and, providing you’re fortunate enough to have an interior which requires it, Leather Cleaner and Leather Care Balm.

Cleaning a car fully and properly takes time, so why not prolong the fruits of your labours by turning to another new Autoglym product, Ultra High Definition Wax. UHD Wax builds upon the solid foundations of its predecessor yet has been comprehensively re-worked and re-formulated, with the result being that it’s easier to use. It has also been shown to leave any car with a lustrous coating of protective wax that will last for an extended period of time, effectively future-proofing your (time) investment.